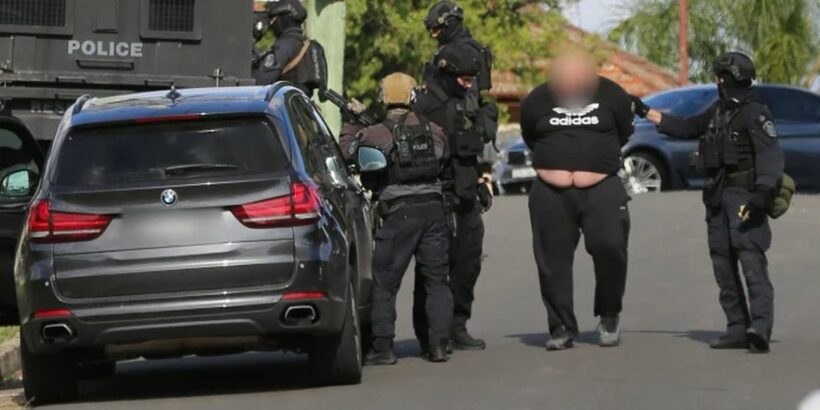 A drug dealer who weighed 200kg and once survived being stabbed 42 time in prison has been found dead after shouting for help.

Helal Safi, 45, was found dead at an apartment on Stapleton Street, Pendle Hill in Sydney on Saturday January 2.

Police were called to the block after a neighbour heard Safi shouting at around 4am.

Cops arrived to find the former criminal unconscious and unresponsive and surrounded by drug paraphernalia, which was seized.

According to the Daily Telegraph, the 45-year-old was known as a "major player" in Sydney's grim underworld and had connections to bikies and criminals.

Safi was released from prison just three weeks ago after serving time for firearm offence’s related to an October 2019 raid.

During the raid, officers seized methylamphetamine, heroin, MDMA and steroids, as well as prescription drugs.

All eight people at the property were arrested, including Safi, who was charged with eight firearm offences including possessing or using a prohibited weapon without a permit.

He was released after his lawyer Elias Tabchouri told Magistrate Bree Chisholm Safi was suffering from medical problems related to a prison stabbing a decade ago.

In 2010, Safi survived being stabbed 42 times while in jail, which saw him end up in a coma for five months before he woke up.

As a result, he reportedly had to take seven different types of medication each day to manage the pain.