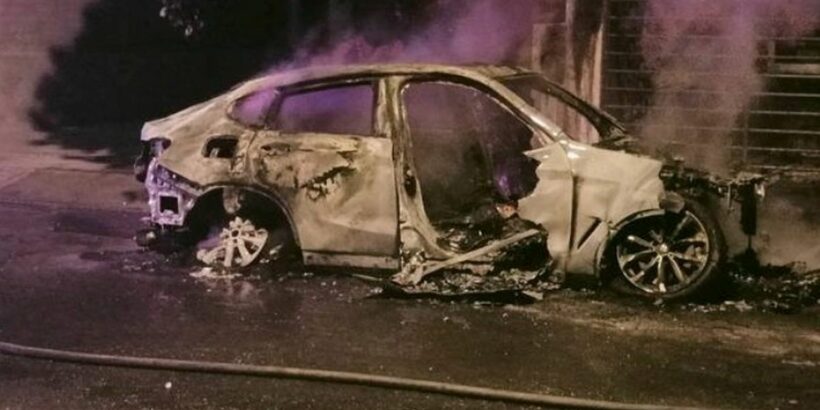 Fires raged across terrified neighbourhoods as a bitter drug war between two rival cartels spiralled out of control over the course of 24 hours.

Residents in the state of Colima in Mexico were left shaken this week as houses and cars were set ablaze after being targeted by gang members, with several incidents of gunshots also being heard.

It comes as the Jalisco New Generation Cartel (CJNG) and Los Mezcales engage in ever-more violent clashes to establish dominance over the drugs trade in the region.

The dramatic scenes began on Sunday evening when a Molotov cocktail was thrown at a truck in the Lagunas neighbourhood to the north of Villalva, causing the vehicle to explode.

Later that night, a man was injured by flying shrapnel when armed men on a motorcycle began shooting in the Alfredo V Bonfil neighborhood in Villa de Álvarez.

A 'threatening' message was also discovered at the scene after the attack.

Following this incident, a housing complex in the nearby Burócratas neighbourhood was set on fire in the early hours of Monday morning.

The morning then saw two vehicles torched in the La Haciendita neighborhood of Villa de Álvarez, as well as in Comala.

South American news website Infobae said on Tuesday (15 February) that at least 22 murders have been recorded in the state of Colima in the last week in a horror surge in violence connected to the drug war.

The area is of strategic importance to the warring groups as it is commonly used as a drug smuggling route to the United States.

Disastrous and bloody scenes on the streets in recent weeks and months have marked a difficult beginning to the premiership of Governor Indira Vizcaíno, who became the youngest state president in all of Mexico in November 2021.