A STUNTMAN stood up for his audience members after a "drunk" man started harassing two women – before crashing into a ring of FIRE.

Footage shows the apparently intoxicated man becoming more aggressive and launching himself at the crowd in Leicester City Centre on Saturday. 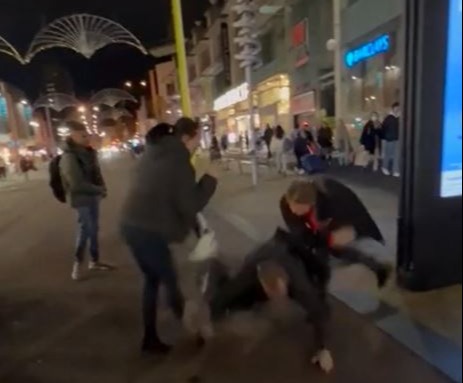 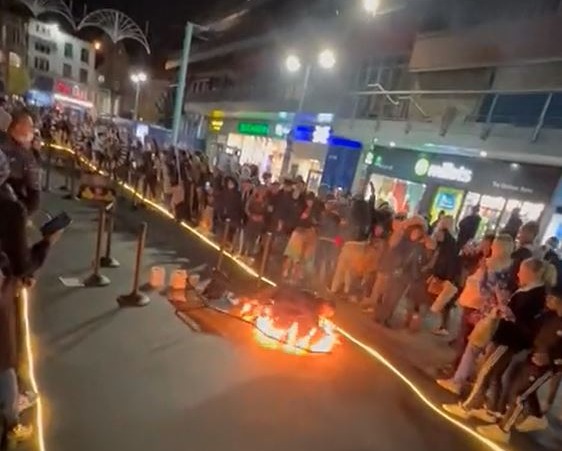 Initially the audience can be heard cheering, before a man – who appears to stumble and slur his words – can be seen muttering to two women in the crowd.

He can be heard shouting "it’s easy", before he starts pushing and trying to get closer to two women who have asked him to move.

The man, who is holding a can of drink, then lashes out at the women.

The trio begin to argue – before the man sprays the drink into one of the women's faces.

The lady on the receiving end, wearing a red top, then grabs onto the idiot, dragging him to the ground.

Other bystanders rush forward to help the hero woman as a man can be heard loudly laughing in the background.

After being thrown to the floor, the drunk man runs into the middle of the stunt and kicks the ring of fire, before getting trapped inside.

He then manages to escape and runs off, with the stunt man fixing his props, before saying “I swear to god I’m going to f***ing leather you mate”.

The performer then punches the drunk man, before dragging him away from his act and continuing his act.

A source told the Sun: “You can understand why the showrunner would be annoyed with what is going on here.

“The drunk man just came over on a whim, and started kicking off at the women. It sounds like he was homeless.

“She was just trying to defend herself and the other woman, to get away from him. The guy absolutely floored him after running into the ring.

“He then carried on with his show, doing two or three more.

"The police haven’t been involved and the drunk man didn’t come back.” 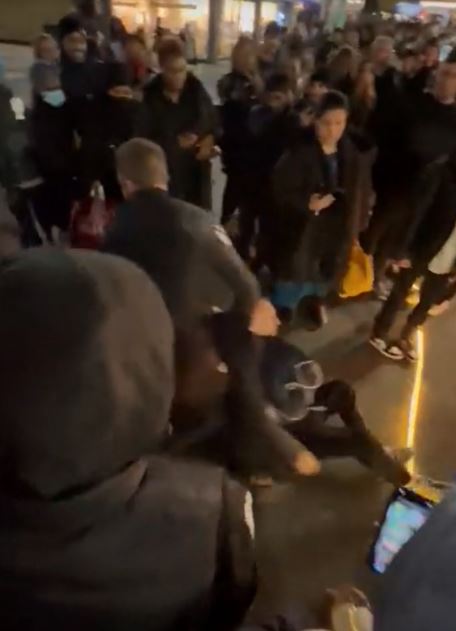