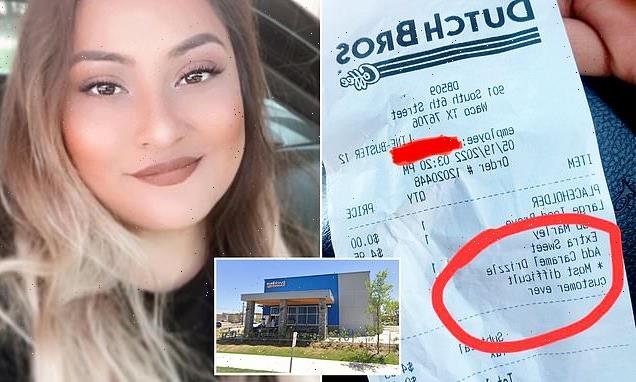 A deaf woman slammed Dutch Bros Coffee after she says her receipt called her ‘the most difficult customer ever’ after she struggled to order her drink.

Ashley Vallejo, 34, revealed she visited her local coffee chain in Waco, Texas, this week outlet where she described their interaction as ‘a little bit awkward.’

In a TikTok video, she revealed the common difficulties of ordering at cafes and  restaurants as someone with a disability, and said that servers often got her order wrong.

Vallejo said: ‘I read lips, I can talk a little bit, but my voice is not perfect.

‘(Disabled people) are like you. We try to order food, and stuff like that, like everyone else. Don’t punish us. Please have a lot of patience with us.’

She said that after her ‘awkward’ ordering experience, she went to collect her coffee and was upset to find that the server had referred to her as ‘the most difficult customer ever’ on her receipt. 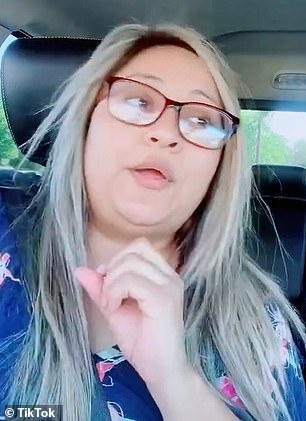 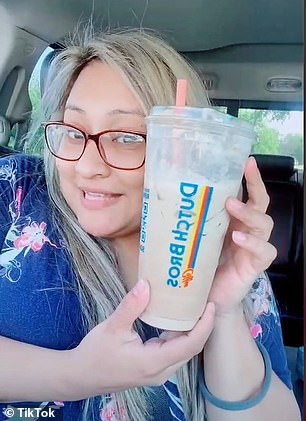 ‘God, you have no idea what it’s like being deaf,’ Vallejo said in her video, becoming emotional.

On her Facebook page, Vallejo said that despite highlighting the incident, she did not want to attack the employee and that the point of the video was to ‘spread awareness to educate employee and upgrade your training for DA awareness.’

Dutch Bros Coffee have since apologized for the incident.

In a statement, they called the incident ‘deeply disappointing, unacceptable and against everything Dutch Bros stands for.’

The company said that they have addressed the issue internally.

They continued: ‘It’s our hope we can work with her and the deaf community to ensure we always provide an excellent experience and meet the exceedingly high bar we’ve set for ourselves.’

There are 538 Dutch Bros Coffee outlets in the United States across 12 states.

According to her Facebook page, Vallejo has three children and operates two business, a cleaning service and a children’s clothing boutique.

She lives in Riesel, less than 20 miles outside of Waco.

Back in October 2021, Vallejo told KWTX that she had suffered through a difficult experience at a McDonald’s drive-thru.

Vallejo said that when she presented the person at the window with a note, it was rejected. She said that the manager had to get involved before she got her order.

She said: ‘I looked at him and just tried to explain what was going on a few times and, again, he rejected service to us and told us that we had to keep going through, which wasn’t fair and wasn’t right.’

She concluded by saying: ‘I think better training being provided to the drive-thru and others in the customer service industry. That would be my goal.’

The owner of the McDonald’s, Bob Frazier, told the KTWX: ‘At my McDonald’s, we work hard to build an inclusive environment where everyone feels welcome. We are looking into this incident to see if there are changes we can make to better serve our customers.; 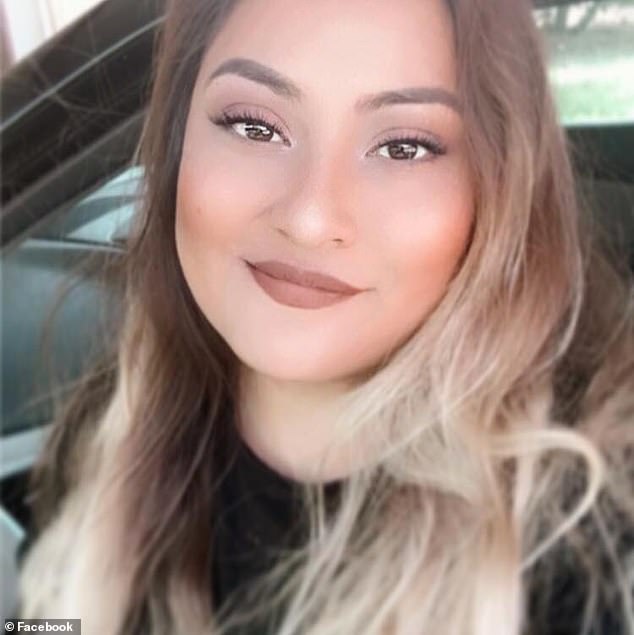