The Met Office has issued a severe fog warning for the East Midlands, East of England and Buckinghamshire until 10am this morning.

The dense fog is disrupting flights and road journeys as thousands of Brits make their escape to Easter weekend breaks.

Airline passengers have been warned that flights could be delayed, and drivers have been urged to slow down as visibility is reduced to less than 100m (330ft). 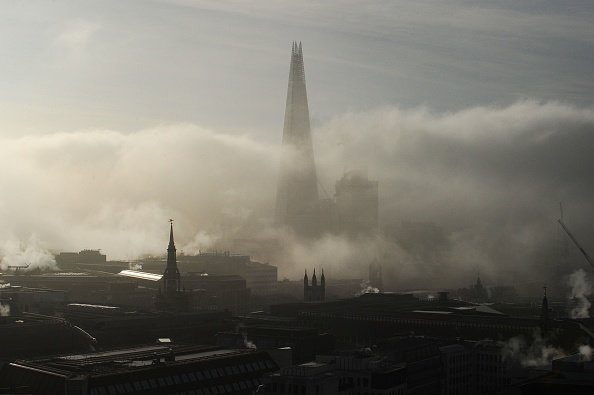 The fog will quickly lift later in the morning and give way to a sunny and warm day.

It’s expected to reach the low 20s across the country today, following a chilly start.

Met Office meteorologist Alex Deakin said: “It will be Spring sunshine for pretty much all of us although it will be a murky old start to Thursday.

“It won’t be a cold start in the south as temperatures in some areas will remain in double digits. 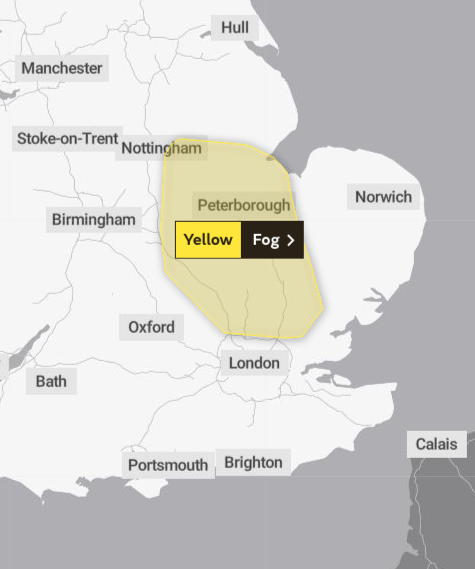 “As we go through the day that cloud will melt away.”

And he added: “You will need the sunscreen over the next few days which will lift the temperatures across the country.”

Across the country, Alex said, temperatures will get no lower than the high teens.

He said the “mist and sea fog on the coast” is expected to return Thursday evening, but this will disappear into Friday morning.

At the start of the Easter weekend, we are likely to see the glorious weather continue, with temperatures hitting the 20s in much of the country, especially the south.

And the heatwave will carry on throughout the weekend, with the sea breeze weakening on Friday, making it feel even warmer.

Alex said Brits could have a five-day Easter scorcher on the way.

“Into the weekend, the fine weather will persist throughout Friday, into Saturday, and for most of Sunday,” he added. 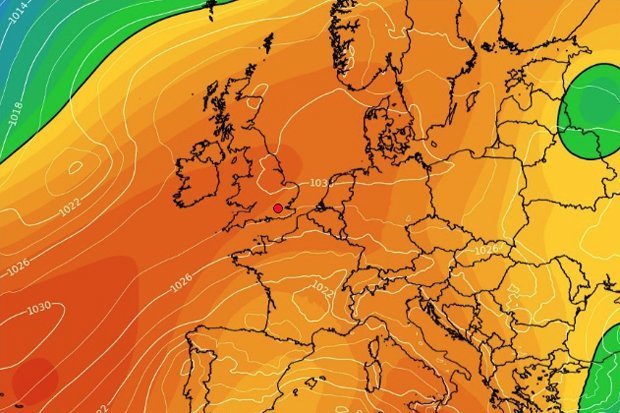 “The first half of the weekend will be dry, the second half there will be a few more question marks.

“There is more uncertainty going into Sunday and Monday.”

He warned: “There is just a chance of some cloud and rain piling into the north and west.”