EasyJet flight is forced to make emergency landing after aggressive and ‘drunk’ passenger ‘snaps his iPhone in half, threatens fellow travellers and terrorises cabin crew’

A ‘drunken’ passenger was hauled off an easyJet flight by police following an emergency landing after he reportedly snapped his iPhone in half and abused fellow passengers.

The flight from Manchester to Reykjavik in Iceland had to make a sudden landing in Edinburgh after the witnesses said the yob starting smoking an e-cig and shouting at cabin crew.

Police boarded the plane after it put down in Edinburgh and the man was arrested. 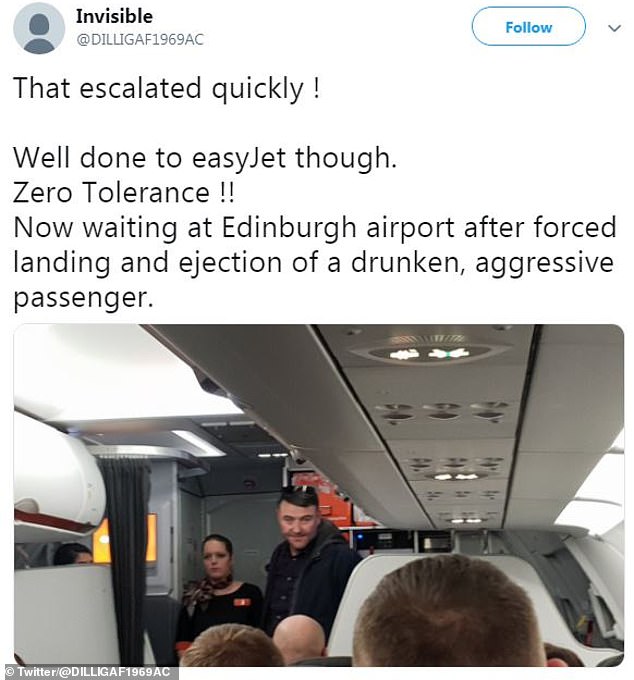 A video posted online showed the man exchanging words with fellow passengers, one of whom told him to ‘get the f*** off’, before saying ‘what a k******d’.

The mother of a teenager on the flight tweeted: ‘My 19 yr old daughter was on that flight. Scary. Well done EasyJet. I do wonder tho how someone so obviously drunk can be allowed on in the first place?’

Others praised the response of the flight crew.

One passenger tweeted: ‘That escalated quickly! Well done to easyJet though. Zero Tolerance!!

‘Now waiting at Edinburgh airport after forced landing and ejection of a drunken, aggressive passenger.’

One air traveller on the plane told The Sun: ‘He was walking up and down the aisle puffing on his e-cig. Shouting abuse at the passengers at the front of the plane…  he seemed drunk.’ 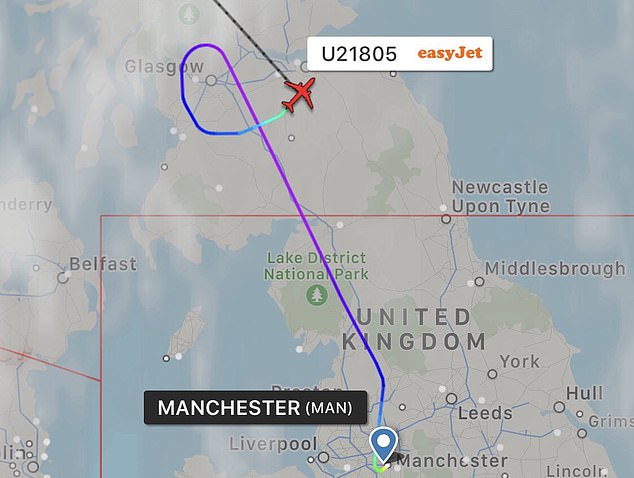 An easyJet spokesman said: ‘We can confirm that flight EZY1805 from Manchester to Keflavik was required to divert to Edinburgh and was met by police on arrival due to a passenger behaving disruptively.

‘EasyJet’s cabin crew are trained to assess and evaluate all situations and to act quickly and appropriately to ensure that the safety of the flight and other passengers is not compromised at any time.

‘Whilst such incidents are rare we take them very seriously and do not tolerate abusive or threatening behaviour onboard.

‘The safety and wellbeing of passengers and crew is always EasyJet’s priority.’