Avon and Somerset Police said the cancellation from Bristol Airport was due to “disappointing behaviour” which ruined the travel plans for dozens of people. 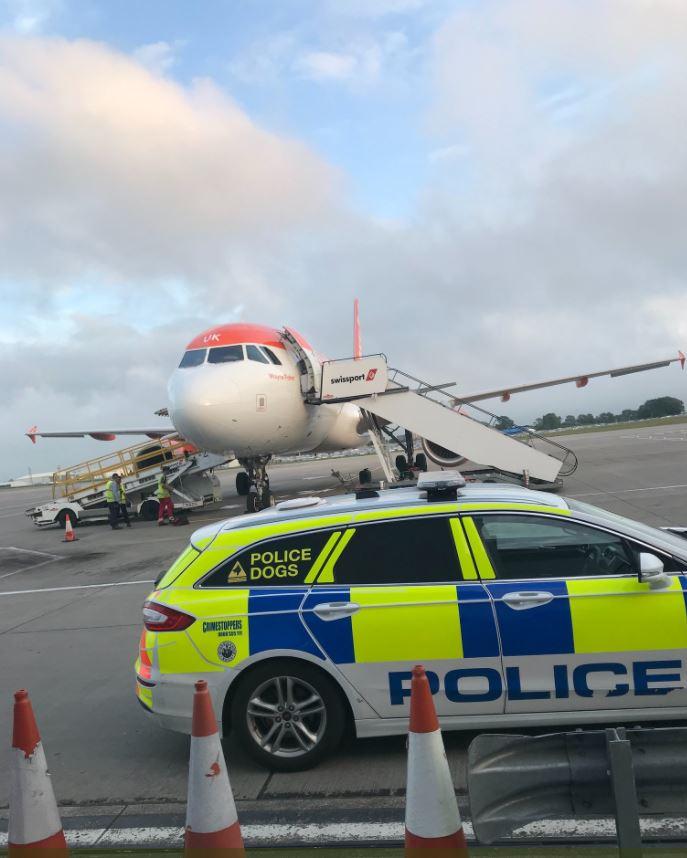 A spokesman for the force said: "A group of people were taken off the flight and one, a 32-year-old man, was later arrested for a public order offence."

Easyjet made the decision to remove the people from the flight, according to the Bristol Post.

The images show several police cars and officers at the side of the runway. 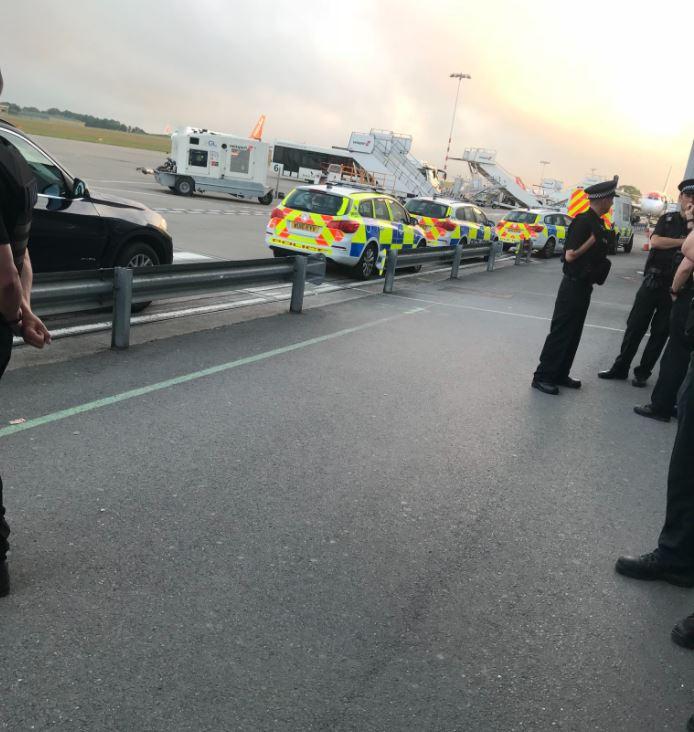 He said it was a "pretty eventful shift" and was his first "incident airside" as he supported the specialist police team which is based at the airport 24/7.

A statement from the airport's policing team, released via Twitter, said: "Disappointing behaviour of a few who ruined a Friday flight from Bristol Airport, not just for their mates, but for the 140+ who's flight was cancelled as a result of their follow-up actions. It's an aircraft – not a nightclub." 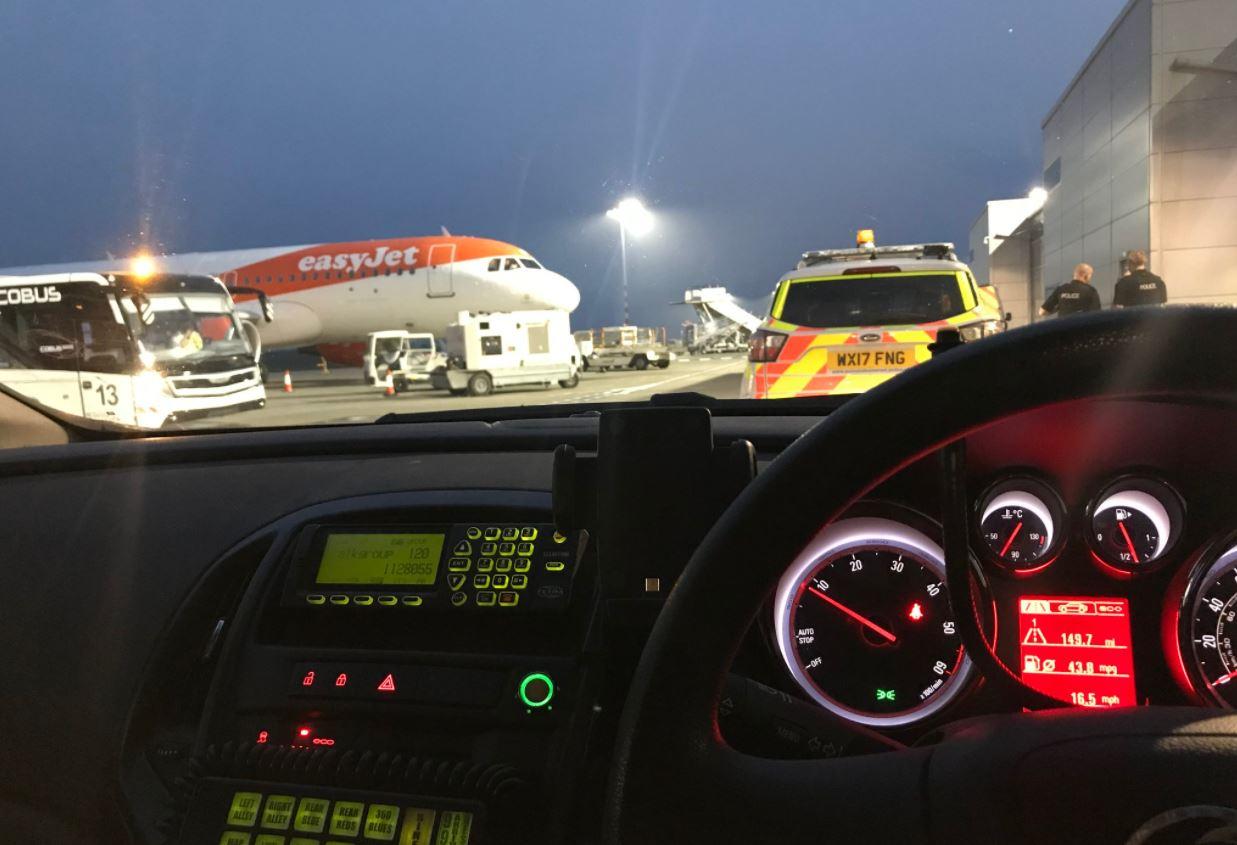 A spokeswoman for Easyjet told The Sun Online: “Easyjet was required to cancel flight EZY6267 from Bristol to Prague yesterday 1 June due to a group of passengers behaving disruptively on board which caused a delay, the flight was further delayed and then cancelled due to adverse weather conditions.