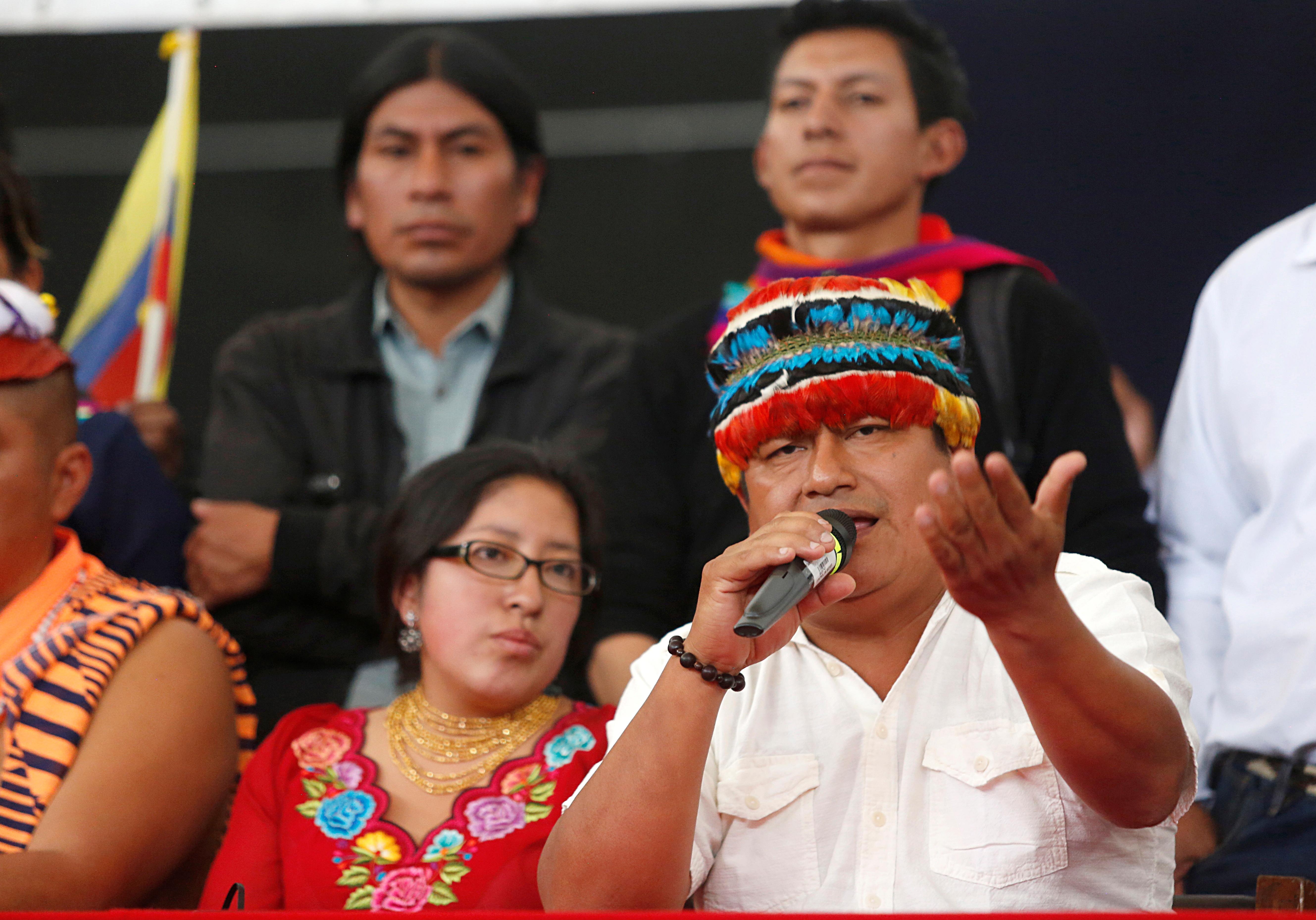 QUITO (Reuters) – Ecuador’s indigenous movement said on Wednesday that it paused talks with President Lenin Moreno because of the government’s “persecution” of the group’s leaders since a halt to violent anti-austerity protests.

Jaime Vargas, head of the Confederation of Indigenous Nationalities of Ecuador, or CONAIE, said the group had entered the talks “in good faith,” but an atmosphere of trust did not exist. “We cannot be at the table while they are pursuing us,” Vargas told reporters.

Ecuador’s state prosecutors’ office on Tuesday opened an investigation into Vargas for allegedly promoting “subversive groups” after he had told supporters at a rally on Saturday that CONAIE would create its “own army.”

In response, CONAIE said this referred to a “communal guard” to protect its territory, in accordance with the rights of self-determination granted to indigenous communities in Ecuador’s constitution.

After days of protests, Moreno last week ditched an IMF-backed plan to terminate decades-old fuel subsidies and started negotiations with the indigenous and other social groups to seek an agreement that would keep them from returning to the streets.

Moreno’s change of heart over the subsidies was a major victory for Ecuador’s indigenous peoples, who have led uprisings that helped topple at least three governments but have struggled to make a mark in day-to-day politics.

Before the protests were suspended, Moreno had refused to backtrack on the subsidy cuts, which were intended to aid Ecuador’s finances after a $4.2 billion loan deal with the International Monetary Fund.

At least seven people died, several hundred suffered injuries and more than 1,000 people were arrested during the protests, which began on Oct. 3, according to authorities.