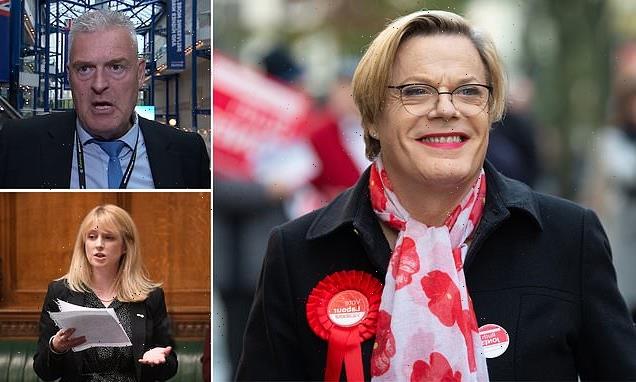 Eddie Izzard accuses MPs of ‘bullying’ over ‘transphobic’ comments: Labour candidate says people need to ‘join the 21st century’ after declaring intention to be ‘based in girl mode from now on’

Transgender comedian and Labour candidate Eddie Izzard has accused MPs of ‘bullying’ over their ‘transphobic’ comments as she urges people to ‘join the 21st century’ having declared her intention to be ‘based in girl mode from now on’.

The cross-dressing comedian first announced she would be using ‘she’ and ‘her’ pronouns at the Sky Arts’ Portrait Artist of the Year in December, 2020. She said: ‘I’m gender fluid. ‘I just want to be based in girl mode from now on.’

But Izzard. who has been openly trans since 1985, has previously said that she does not mind what people refer to her as. Speaking in August, she said: ‘I prefer she/her, don’t mind he/him, and I’m going to be relaxed about it. It’s not the time for fighting each other on this.’

The 60-year-old, who does identify as a woman, launched her bid this month to become Sheffield Central’s MP after the constituency’s incumbent, Paul Blomfield, announced he would be standing down at the next general election.

The controversial topic has had the Labour party flustered as they row with one another over what to do in situations such as Izzard’s.

In fact, on Monday, Sir Keir Starmer refused to say whether the comedian would be allowed onto an all-women shortlist as part of her bid to become a Labour MP. 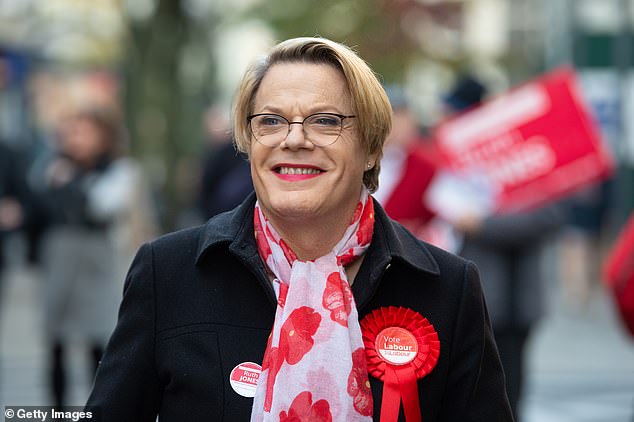 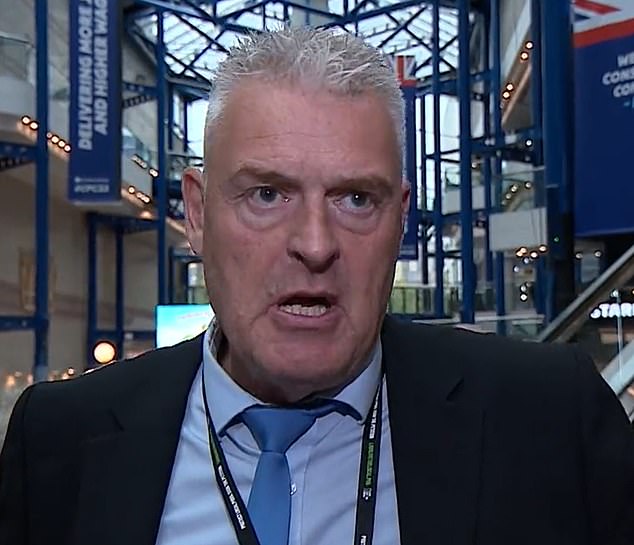 ‘Which is, once you’ve got I think it’s your 50 per cent equality then there’s an argument about all-women shortlists anyway.

‘As a Labour Party, because we have used all-women shortlists to get now more than 50 per cent of women, there’s a legal opinion that says we can’t use them anymore.

‘This is a worry more generally because I think it might mean we need to make sure that we keep promoting women coming through as candidates.’

Izzard has hit back at comments made by two MPs earlier this week. Conservative MP Lee Anderson said he ‘would not follow him into the toilets’ if she came to Parliament, while Labour MP Rosie Duffield said: ‘I’m not calling Eddie Izzard a woman.’

Ms Duffield has already threatened to quit the party if Izzard is included on an all-women shortlist. 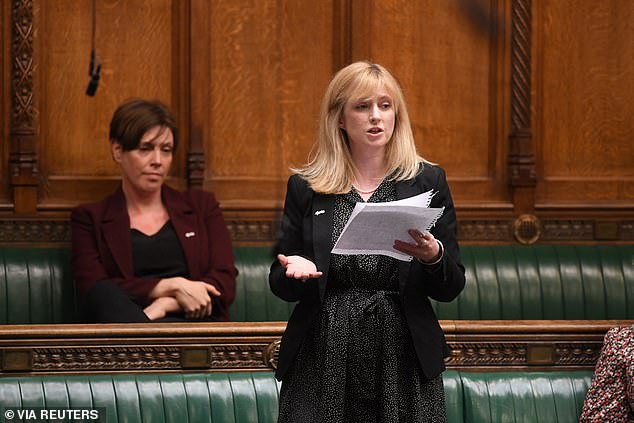 In response, Izzard said: ‘Some people aren’t up to speed, some people haven’t joined the 21st century and, well, they’ve got to get on the bus now because I’ve been out for so long now that I don’t know why they didn’t bring this up before.

‘It’s different now that I’m going for a parliamentary seat, but I don’t think bullying is a great thing to be happening and so I’m just going to carry on.’

She added that the Labour MP’s comments did not make her feel unwelcome to run as a candidate for the party, but said: ‘Again, join the 21st century – trans people exist. I exist.’

Izzard, who has many connections to Sheffield, having studied accounting, launched her creative career and carried out local activism there, said the city needs ‘to be bolder, brighter, stronger… on the map’.

She revealed that she has been getting ‘a great reaction in the street’ during her campaign but a small minority of people have made transphobic comments.

Currently, James Wallis is the only openly trans MP – after he came out in March, just over two years since he was elected for Bridgend in December 2019. 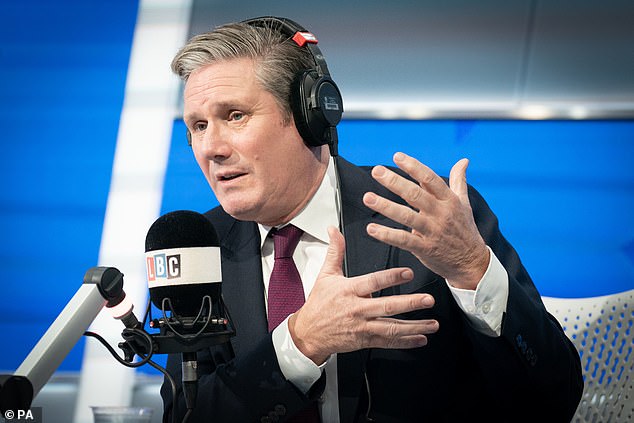 Izzard first shared her hopes of becoming a Labour MP in August when she said she wanted to throw her ‘hat in the ring’ and stand for Sheffield in the next general election.

She hopes that being elected will have a ‘positive impact’ for diversity in Parliament and for Sheffield Central itself as she brings her global renown, activism and energy to the constituency.

‘The fact that I’m trans is kind of by the by,’ she said, adding that she ‘absolutely’ thinks people should be focusing on her policies and vision for Sheffield Central.

On Labour’s election prospects, Izzard said new Prime Minister Rishi Sunak could pose more of a threat and that the party needs to get behind leader Sir Keir Starmer.

‘I think it’s going to be tougher for us rather than having Liz Truss in there, but it doesn’t matter,’ she said. 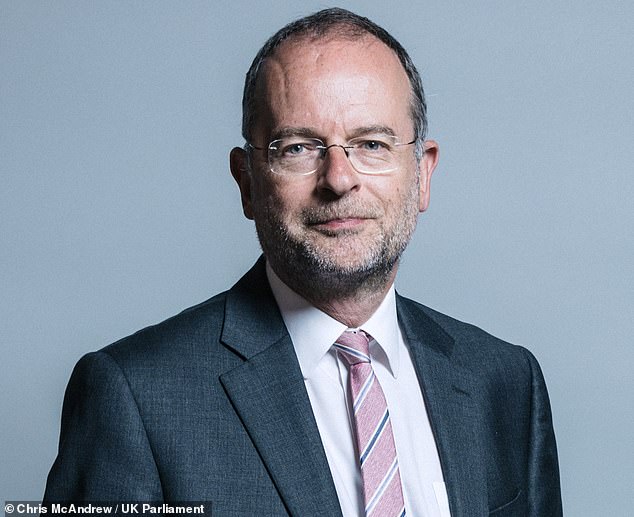 Paul Blomfield, the incumbent MP in Sheffield Central, announced in February that he was standing down at the next general election after 12 years in Parliament

‘We’re at a certain place in the polls and we’ve got to carry on fighting, and I’m very passionate about getting Keir Starmer in.’

Izzard said she has supported ‘every Labour leader going’, before stressing the importance of uniting behind a leader to get into government.

‘You have to support the leader – that is how it works in politics – and we’re a broad church,’ she said.

‘We need to be near left and further left – we might agree or disagree on some things but we’re heading in the same direction.’

Izzard’s history with the city dates back to when she was a student – she first arrived in Sheffield in the 1980s when she began studying accountancy and financial management with mathematics at the University of Sheffield.

Although she later quit the course in pursuit of a career in comedy, she was given an honorary doctorate by the university in 2006.

Izzard has no formal experience in Parliament, yet she has previously discussed the idea, saying last year that she believes ‘it is very tricky to be a politician’.