The French-owned company is putting up its dual fuel standard variable tariff (SVT)  by an inflation-busting 6per cent, taking the average yearly bill to £1,228.

EDF and other suppliers blame a rise in the wholesale cost of energy and the impact of Government policies, such as subsidising the building of wind farms. 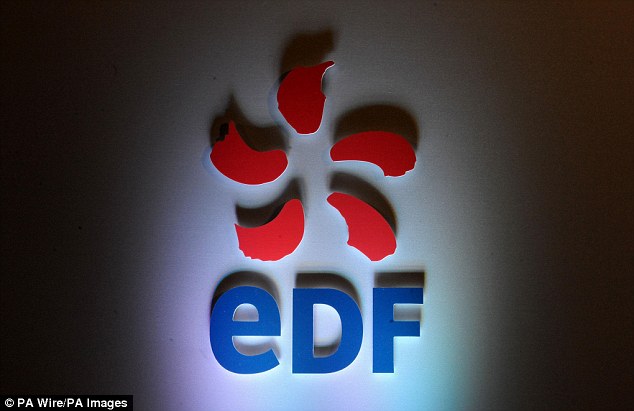 A recent cascade of price rises by energy firms is putting a real squeeze on customers with one estimate suggesting they will add more than £650million a year to the nation’s gas and electricity bills.

In April, EDF decided to increase its penalty charges on customers who pay by cash or cheque from £12 to £90 a year.

EDF is the second of the Big Six energy firms to announce two price rises within a short period and there are fears that others will follow suit.

The increases have sparked fears that energy companies are trying to negate the benefits of the Government’s promised price cap on rip-off SVT energy deals, which is supposed to protect millions of struggling families.

The cap, expected to become law by the end of the year, is predicted to reduce the typical annual cost of gas and electricity for those on an SVT by £100 a year.

Martin Lewis, of MoneySavingExpert.com, said: ‘EDF is sneaking this one through while the sun’s shining hoping most people’s focus will be on the football and the weather rather than its price hike.’

Béatrice Bigois, EDF Energy’s managing director for customers, said: ‘Customers who wish to avoid this increase will be encouraged to choose one of our fixed price tariffs when we write to them this month.’