AN EERIE video of dozens of cows frozen on a field after being killed in a lightning strike bears a striking resemblance to a scene from Stranger Things.

Fifteen cows and eight calves were killed when lightning struck a cattle fence on a farm in Annona, Texas. 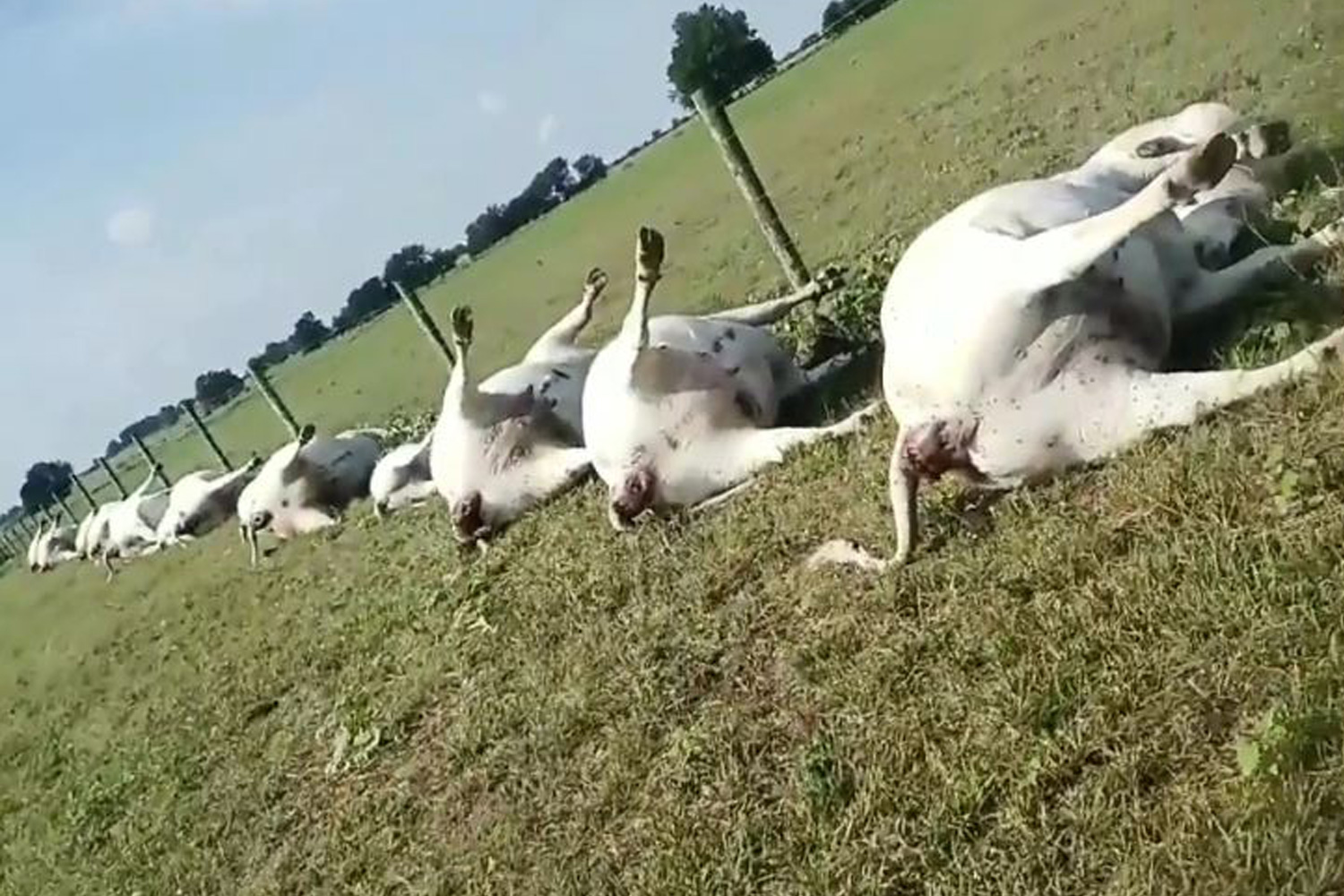 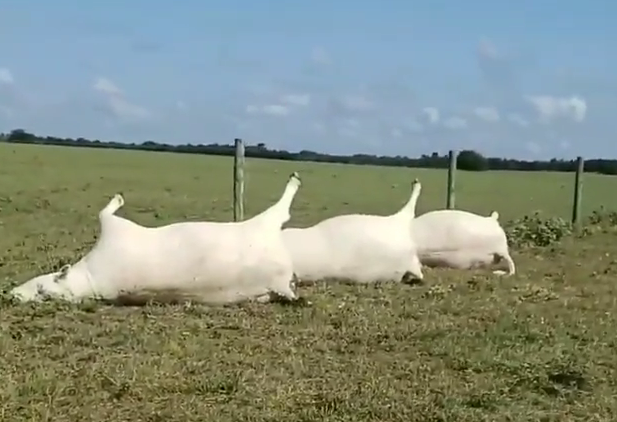 Rancher Bobby Woody III, who discovered the eerie sight, said it was one of the “wildest and craziest” things he’d ever seen.

Woody said he made the bizarre discovery a few days after a lightning storm in late August.

He explained that the cows were standing next to a fence when the lightning struck, killing the animals instantly.

He told Storyful: "Each cow had burns on its stomach, showing how strong the voltage was."

On Facebook, he wrote: "When the lightning hit, it had such strong voltage, it basically jolted one cow in the middle of the field."

In footage he took of the aftermath, carcasses of the cows are lined in a row in a scene familiar to Stranger Things.

Last month, twenty cows were left lifeless on the railway tracks after they were hit by a high speed train travelling at 150mph with 240 passengers on board.

Grisly photos from the scene revealed the aftermath of the collision with the stunned livestock lying scattered across the tracks in the French Alps.

And in June, a grandma was trampled by charging cows as she acted as a human shield to protect her granddaughter, 7, from being crushed to death.

Lisa Wells, 49, and little Bethan Ritchie were walking along a footpath in Snowdonia, Wales, when they were stormed by over 20 of the beasts. 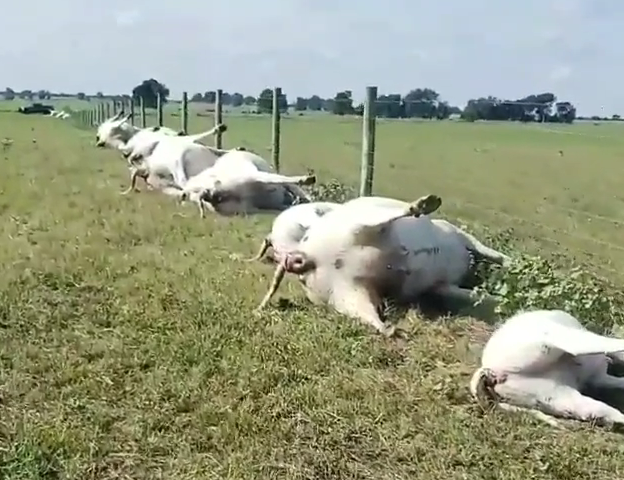