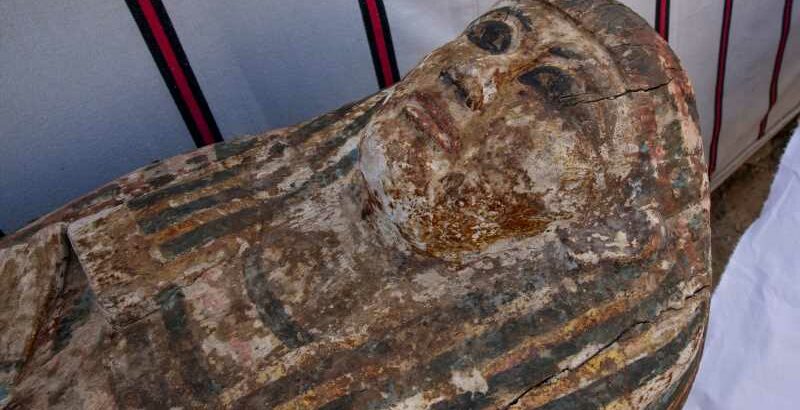 Dozens of wooden coffins and mummies dating back over 3,000 years have been discovered in an ancient temple near Cairo.

Experts found a four-metre long papyrus that included texts of the Book of the Dead, which is a collection of spells aimed at directing the dead through the underworld in ancient Egypt. 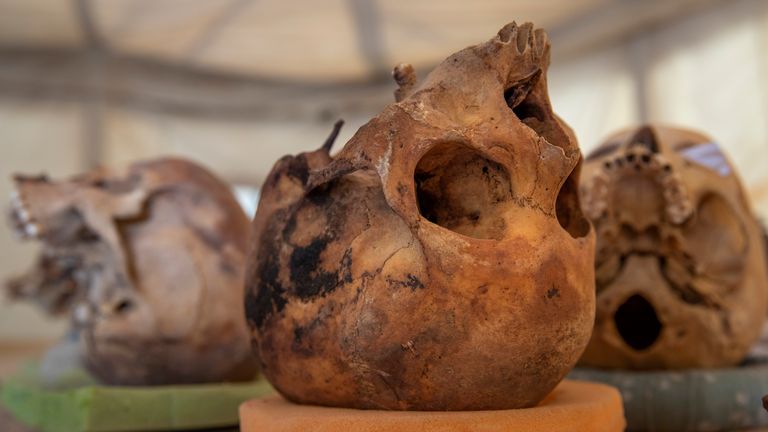 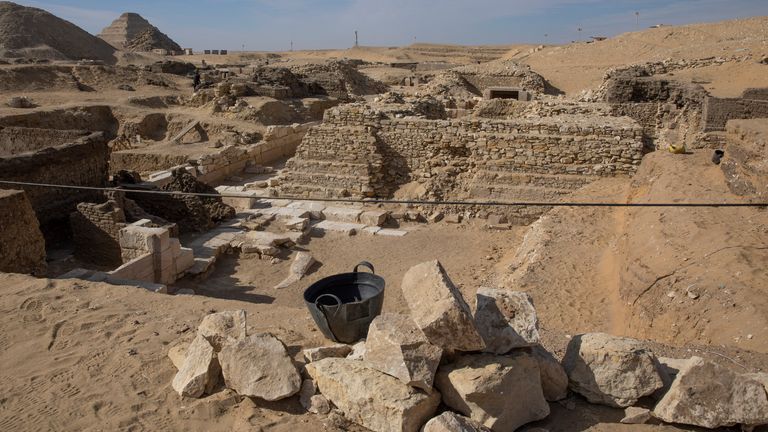 At least 22 burial wells were also discovered, containing 54 wooden coffins dating back to the New Kingdom that ruled Egypt between about 1570 BC and 1069 BC.

On a nearby site, archaeologists unearthed the temple of Queen Neit, wife of King Teti, the first king of the Sixth Dynasty that ruled Egypt from 2323 BC until 2150 BC.

Mr Hawass, known for his Indiana Jones hat and TV specials on Egypt’s ancient sites, said: “All these discoveries will rewrite the history of Saqqara and the New Kingdom.” 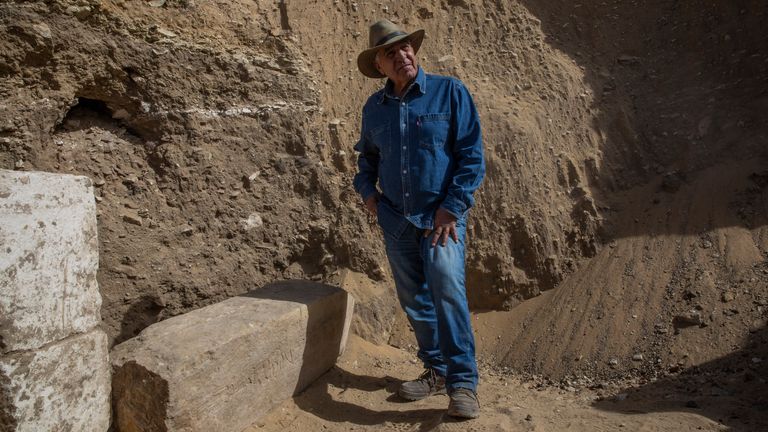 The discovery was the result of cooperation between the Antiquities Ministry and the Zahi Hawass Centre at the Bibliotheca Alexandrina.

The Saqqara site is part of the necropolis at Egypt’s ancient capital of Memphis that includes the famed Giza pyramids.

It comes just two months after about 100 ancient coffins and around 40 golden statues dating back more than 2,500 years were found in the Pharaonic necropolis.