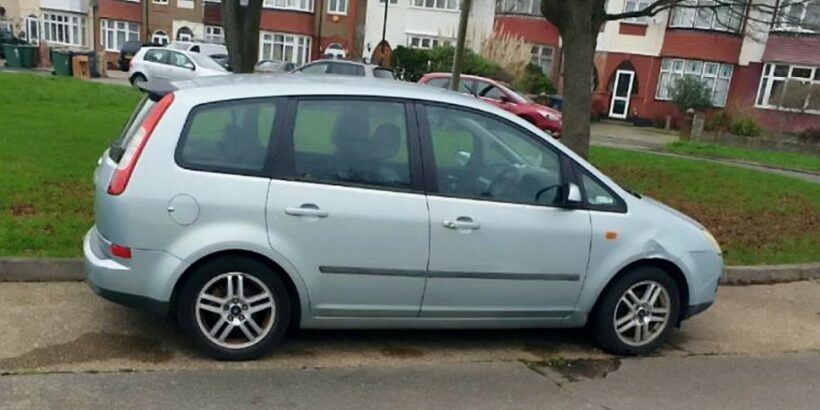 A decision to paint eight "huge and hideous" 20 mph signs on a single cul-de-sac has sparked outrage.

The offensive speed markings were laid down at the entrance and exit of the tiny road in Chingford, East London, earlier this week.

Residents living in Hurst Close have slammed Waltham Forest Council for making the area look like a racetrack or motorway.

But officials say they are "obligated" to comply with strict regulations from the Department of Transport.

Tracey Gould, who has lived on the freshly pained road since the late 1980s, said: "We're a bit like a frying pan handle, with only one entrance and exit to street."

She added: "The size of these are ridiculous, they are the length of a car.

"They are hideous and have been plastered all over the road.

"I understand that safety is paramount but speeding is not even an issue on our road – you can't even get up to 20 mph on our road because of the curbs and cars parked on either side.

"If they had put one or two down, that might have been acceptable but they certainly don't have to be as huge. It's insane – they may as well have painted the road white.

"It was a lush green close and now it looks like a racetrack." The self-employed 49-year-old criticised the work for being a "waste of money", but says she doesn't want more public funds spent on removing them.

Instead, the council should focus on putting these kinds of signs in places where they are needed, such as on main roads or outside schools.

Any extra cash for Hurst Close would be better spent on filling in the many potholes, she says.

In response, the council has said they have no say over the size, shape and spacing of these "traffic calming measures" which are agreed by the Department for Transport.

Deputy leader Councillor Clyde Loakes says the painted 20mph signs are the "least intrusive and expensive" measures, costing around £60 each.

He said: "Waltham Forest Council is coming to the end of its programme of works to ensure that all residential roads over which the council has jurisdiction have a maximum 20 mph speed limit.

"These works in Chingford will help make sure that all road users can travel safely and confidently across the borough – not least pedestrians and cyclists, our most vulnerable of road users."

Regarding the potholes, he added: "All roads in the borough are inspected three times a year and are repaired by order of priority – the most serious issues on the busiest of roads will always be addressed first.

"We continue to make our neighbourhoods as safe as possible for the benefit of all residents and visitors."