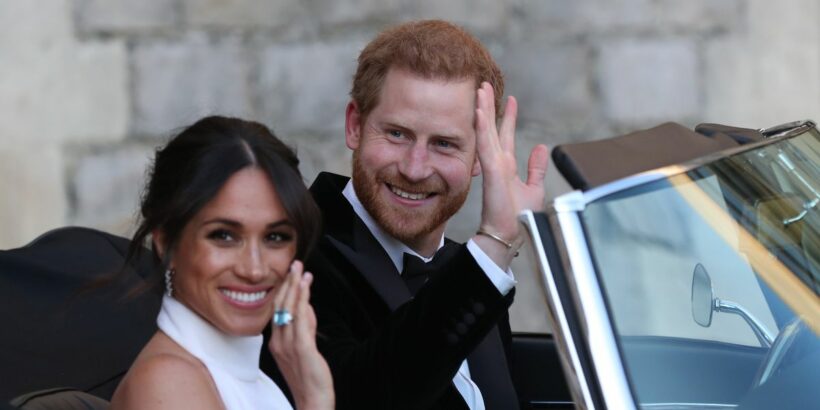 Many Royals are born with prestigious titles, or they are handed to them later to reflect their position in society.

But over the years there have been plenty of royals who have surprised the world by giving up their titles for a number of reasons.

Their reasons may be to protect or be with the one their love or for more freedom.

Most recently, Princess Mako of Japan lost her royal status after marrying her college sweetheart.

Here we take a closer look at some royals who gave up their titles, and the reasons they gave.

Under Japanese law, female imperial family members have to give up their status if they want to marry a commoner – but male members do not.

The emperor's niece and Kei met in college, and had been engaged for four years.

She reportedly suffered post-traumatic stress disorder (PTSD) over the negative media coverage received by the pair. King Edward VIII gave up his royal title so he could marry Wallis Simpson in 1937.

Edward could not marry Wallis, a twice-divorced American woman, in the church, which meant he could no longer remain Head of State.

The Church of England didn't allow divorcees to marry in a church at the time.

Princess Ubolratana of Thailand gave up her royal title in 1972 when she married Peter Jensen, an American she met while attending the Massachusetts Institute of Technology.

She took the name Mrs Julie Jensen, and they lived together in the US for over 26 years going on to have three children together.

They divorced in 2001, but she still reportedly isn't allowed to use her HRH status, and instead goes by the title "Tunkramom Ying," which translates to "Daughter to the Queen Regent.

Prince Philip had several royal titles as the Queen's consort, including the Duke of Edinburgh.

However, in order to marry Elizabeth, he had to give up his own royal titles.

He was born as Prince Philip of Greece and Denmark, but he had to give these up in order to become a British citizen. Prince Harry and Meghan Markle announced they would not be using their HRH titles in official capacity after stepping back as senior members of the Royal family.

The Queen confirmed the couple would not return as "working members" of the Royal Family, and that the Sussexes would be stripped of their patronages of the various organisations they represent.

They moved to California with their son Archie, and Harry and Meghan agreed not to use their HRH titles.

The Queen added: “Harry, Meghan and Archie will always be much loved members of my family.”

Princess Marsha Louise of Norway shared in a social media post in 2019 that she would no longer use her "Princess" title in any 'commercial context'.

She had received criticism for using her title for her tour "The Princess and the Shaman", with her boyfriend Shaman Durek Verrett.

She continued: "The fact that I used Princess in the title of my tour, I have said before that I am very sorry, and I still stand by that. It was a mistake and I understand that it provokes when the princess title is used this way.

"The discussions are something I have taken seriously, and in collaboration with my family we have found that it is best that we make some changes," she added.

"We have therefore jointly come to the conclusion that I use the title princess when I represent the Royal House, do my official assignments at home and abroad, and in private contexts."

However, in order claim his royal title, he would have needed to take the family's surname and give up his American and British citizenship.

He declined to do this, and similarly Madeleine chose not to take his surname, so she could keep her Royal status. Princess Anne, the only daughter of the Queen and Prince Philip, married Mark Phillips in 1973.

It is thought that the Queen offered Phillips an earl down when he married her daughter – but that he turned it down.

This meant that Anne missed out on another royal title and therefore remained Princess Anne.

As their father is title less, their children have also grown up without royal titles.

They are simply known as Peter Phillips and Zara Tindall.

Zara Tindall told The Times in 2015: “I'm very lucky that both my parents decided to not use the title and we grew up and did all the things that gave us the opportunity to do.”