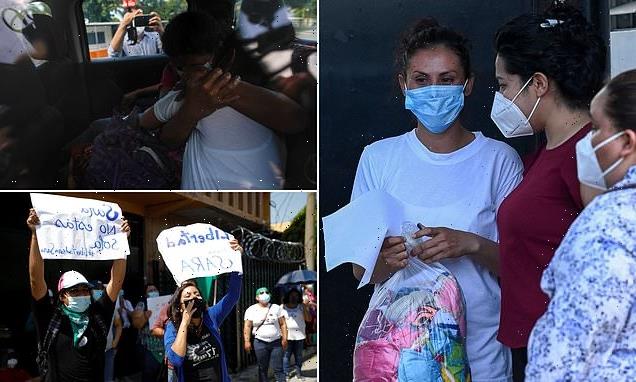 Woman, 28, who was given 30-year jail term after she was accused of aborting her baby is FREED after serving nine years in El Salvador prison

A woman in El Salvador sentenced to 30 years in prison on charges of terminating her pregnancy and violating the country’s strict abortion laws has been released after almost nine years behind bars.

Sarah Rogel, 28, left the women’s prison near the southern city of Zacatecoluca on Monday, where she became emotional as she embraced her family.

She was arrested in October 2012 at the age of 20 on abortion charges after she was taken to hospital with bleeding.

Rogel, who was eight months pregnant at the time, said she slipped and fell while washing clothes.

Her family found her lying unconscious and took her to hospital, where authorities detained her on suspicion of having an abortion. 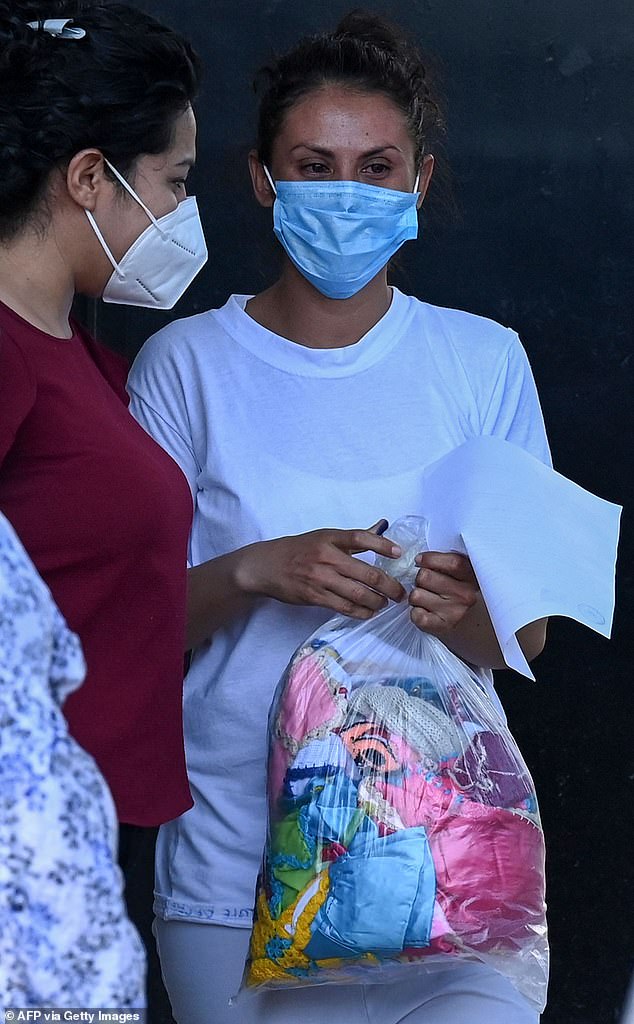 Sarah Rogel, 28, left the women’s prison near the southern city of Zacatecoluca on Monday, where she became emotional as she embraced her family 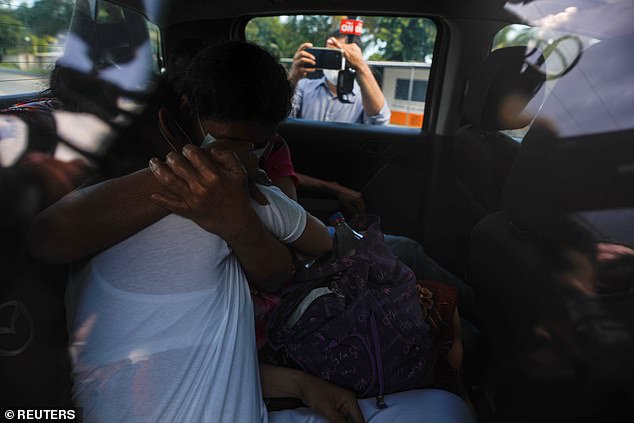 Sara Rogel (left) who was sentenced to 30 years in prison for a suspected abortion, is embraced by her mother (right) as she is released from jail on Monday

A court then found her guilty of aggravated homicide and sentenced her to 30 years in prison, but her lawyers later helped her reduce the sentence to a decade – which would have seen her released in October 2022.

El Salvador has one of the world’s strictest bans on abortion. It does not permit exceptions, even for rape or if the mother’s life is at risk, and prison sentences can stretch up to 40 years.

Rogel hugged her relatives as she left the prison on Monday. Released on parole, she is banned from leaving the country and must undergo therapy with a psychologist.

‘She was deprived of freedom for almost nine years, in a sentence we believed was unfairly given,’ Rogel’s lawyer Karla Vaquerano of the abortion rights group ACDATEE said. 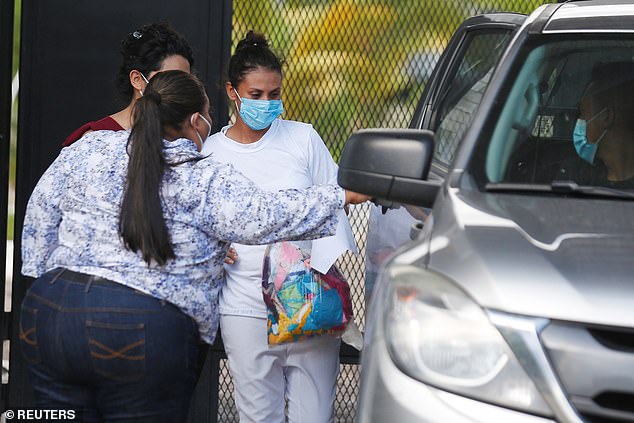 Rogel left the prison, where she served nine years, on Monday before being embraced by her mother

Human rights groups say Rogel suffered a miscarriage and should never have been imprisoned.

‘Sara never deserved to be in prison,’ feminist activist Morena Herrera said. ‘While in mourning for the heartbreaking loss of her pregnancy, Sara should have been with her family. Instead she was unjustly imprisoned for nine years.’

Her release from a jail in Zacatecoluca was initially ordered a week ago by a judge in Cojutepeque on the grounds that she ‘did not represent a danger to society’, but Rogel was forced to remain in detention until a deadline passed for the Attorney General’s office to appeal her release.

‘We have been waiting 10 years, 10 years without her,’ her father Ángel Rogel told El Pais outside the courthouse in Cojutepeque last week. 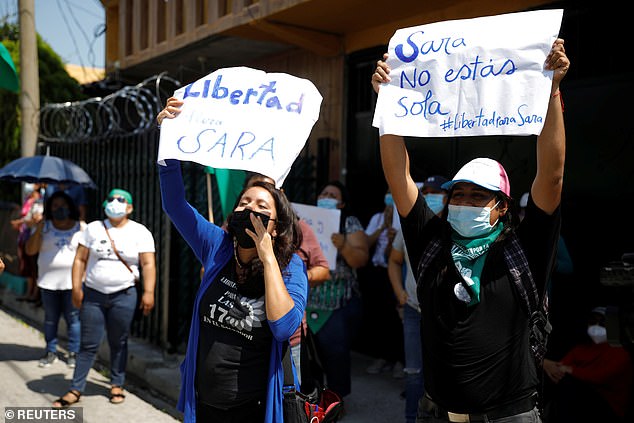 Women hold placards that read, ‘Freedom for Sara’ and ‘Sara you are not alone’ during a protest as Sara Rogel attended a hearing in Cojutepeque, El Salvador on May 31 where a judge ordered her release

Socially conservative and devoutly Catholic El Salvador bans abortion in all cases – including rape and when a mother’s life is at risk, and sentences can range from eight to 50 years in cases of ‘aggravated homicide.’

Several women have been prosecuted after suffering miscarriages, stillbirths and abortions induced because of medical emergencies.

In recent years some rulings have been reversed, with several women released from jail after serving parts of their long sentences.

In 2020, Cindy Erazo was freed from prison after six years in prison following a stillbirth.

Erazo was initially sentenced to 30 years in prison after an obstetric emergency during her eighth month of pregnancy resulted in a stillbirth. 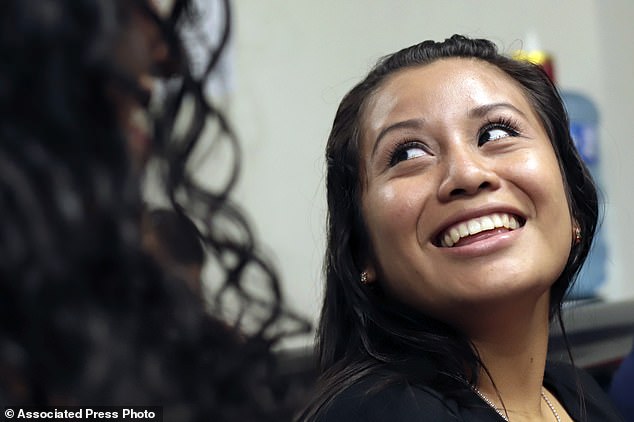 Evelyn Beatriz Hernández, 21, has been cleared after a re-trial found her not guilty of aborting her baby illegally in El Salvador, where there is a total ban on terminations

In 2019, 21-year-old rape victim Evelyn Beatriz Hernández was released after serving nearly three years of her 30-year prison sentence after being accused of having an abortion.

Her foetus was at 32 weeks in 2016 when she felt intense abdominal pains and delivered it into an outdoor toilet.

It was later found lifeless in a septic tank, with her mother claiming she discovered her daughter passed out next to the latrine.

Both women maintained Hernandez didn’t know she was pregnant and that there was a foetus in the tank, but prosecutors didn’t believe them and pressed charges.