The elderly neighbours of an 85-year-old woman brutally killed in her Romford home have said they live in fear of cold callers who plague their doorstep.

Alan Wackett, who knew Rosina Coleman for years and used to garden for her, said men come round every couple of weeks ‘without a van or credentials’ asking to do work on his home.

The 84-year-old, who lives with his partner Patricia Branch, 75, says he has not been able to sleep from worry since his friend was murdered. 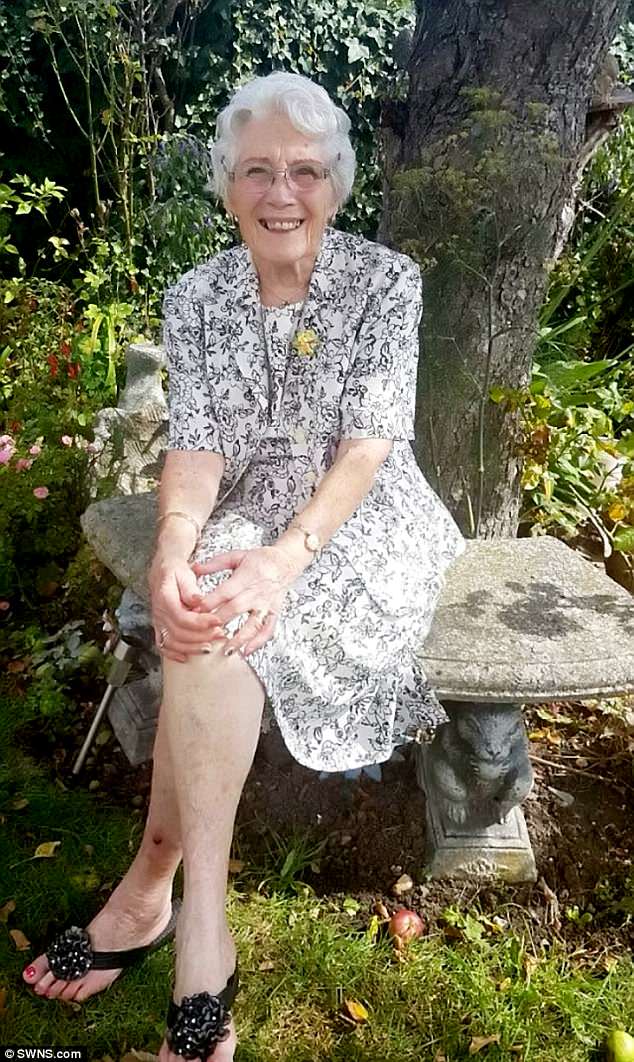 Patrica said: ‘We didn’t sleep all of last night, we are so anxious. People have been cold calling every few weeks. They never have a van with them or credentials.

‘It’s frightening because a few years back men came to the house while I was in the shower asking to do work on the roof.

‘Alan agreed and when I came downstairs they brought me straight to the ATM and got me to take out £300.

‘I thought if I didn’t take it out they would hurt me. And people are still calling around.

‘Look what happened to poor Rose, it’s awful. We always have everything bolted and the alarm is always on.’

The couple live one minute’s walk from Rose’s bungalow – the scene of the murder. Neighbour have been left shaken and horrified by the death. Pictured: Rosina Coleman when she was a young women embracing her son Robert 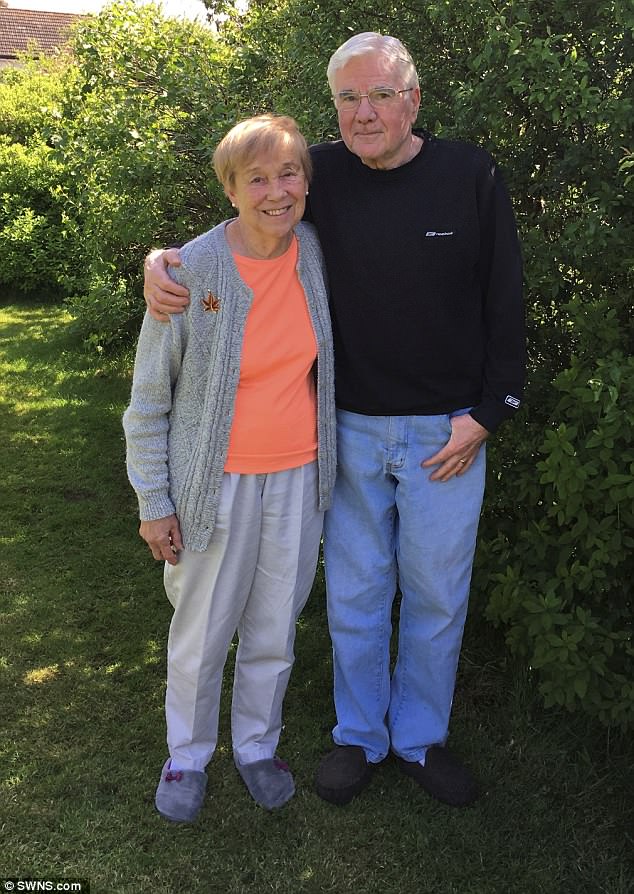 Alan, who has been left distraught by his friend’s death, said: ‘I knew her well, I used to do her garden for her until I had a stroke five years ago.

‘She was a very nice lady, always so friendly.’

Patricia added: ‘Rose would always make him banana bread, she was lovely.’

Another elderly neighbour left shaken and horrified by the death said she has also recieved cold calls of late.

The woman, who did not wish to be named, said: ‘I don’t know if it’s important but someone has been cold calling the house in the past few weeks.

‘It could be nothing but it’s worrying all the same. There haven’t been any burglaries here recently. This has come as such a shock.

‘Nothing ever happens here.’

David Bundy, who lives on the street where Rosina Coleman was killed, said he walked by her bungalow at 10am the morning of the attack.

The 72-year-old said: ‘We didn’t see anything out of place.’

Rosina’s handyman was the one who found her body. 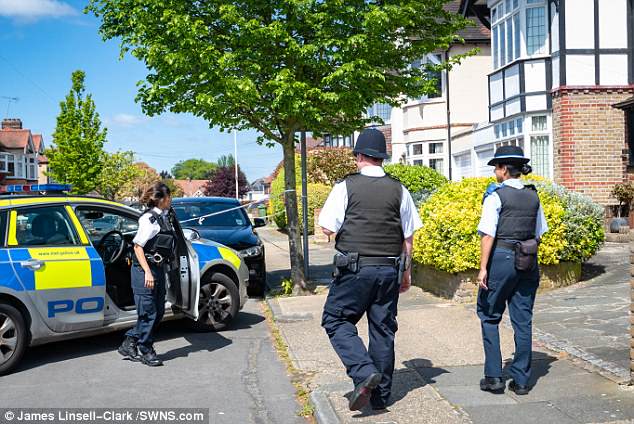 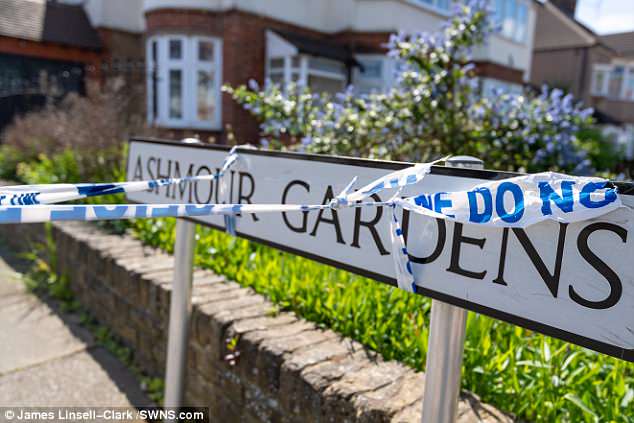 Neighbours said that break in were common in the quiet area of Romford, east London, where Rosina lived

David said: ‘I used to see him around a bit in her garden. He was doing odd jobs for her I think but I’ve never seen him before that.’

He added break-ins were not common in the area.

David added: ‘You’d get one or two burglaries but nothing serious. I haven’t heard of one for a long time.’

The pensioner described Rosina as a ‘really nice’ woman, adding: ‘We met her a lot on walks with the dog. She would always say hello and be up for a chat.’

‘What’s happened is a total shock.’ 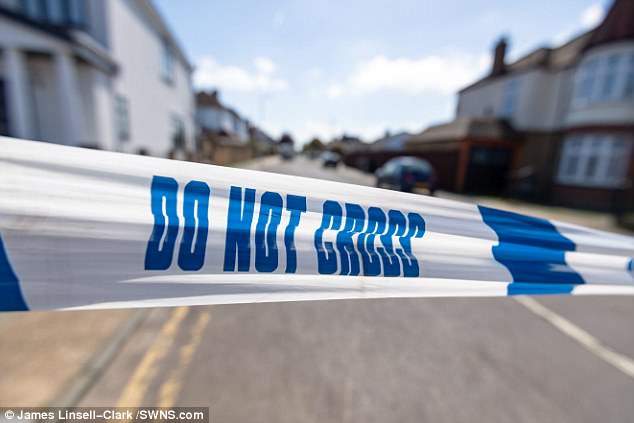 A cordon (pictured) has been set up around her £400,000 home as police scour the area 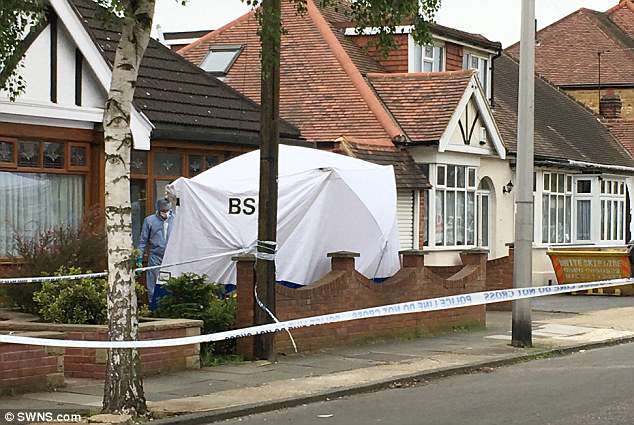 Rosina’s sister Joyce Bell and her husband Jack said they were shocked at the brutal murder of Rosina Coleman – who they said was a ‘good woman’.

Although the couple had not seen Rose in 30 years because of a rift in the family, she said her older sister was ‘good woman’.

The 77-year-old said: ‘It’s been 30 years since we’ve spoken. I didn’t even recognise her picture when I saw it in the news yesterday.

‘She was a good woman, we got on well. We has a great childhood in Hackney, we were well looked after.’

Jack, who met his wife 58-years ago in Hackney through his cousin, said: ‘We had bomb sites to play on.

‘We used to go out with water, sugar and bread and have a great time. We had nothing but we had everything.

‘Rose was a decent woman. This has come as quite a shock. It’s dreadful.

‘Before the incident that almost destroyed Joyce’s side of the family, we spent a lot of time with Bill and Rose. We would go over for tea and go on holidays together.

‘Bill was a quiet, upstanding man.’

Joyce, the youngest of four children, went to primary school with Rose in Gayhurst Road and secondary school in Wilton Road. 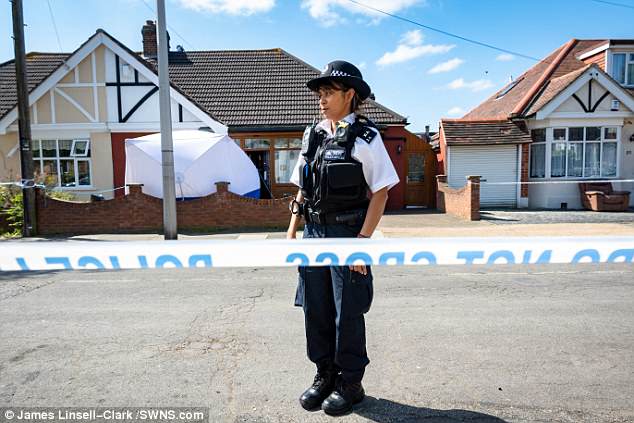 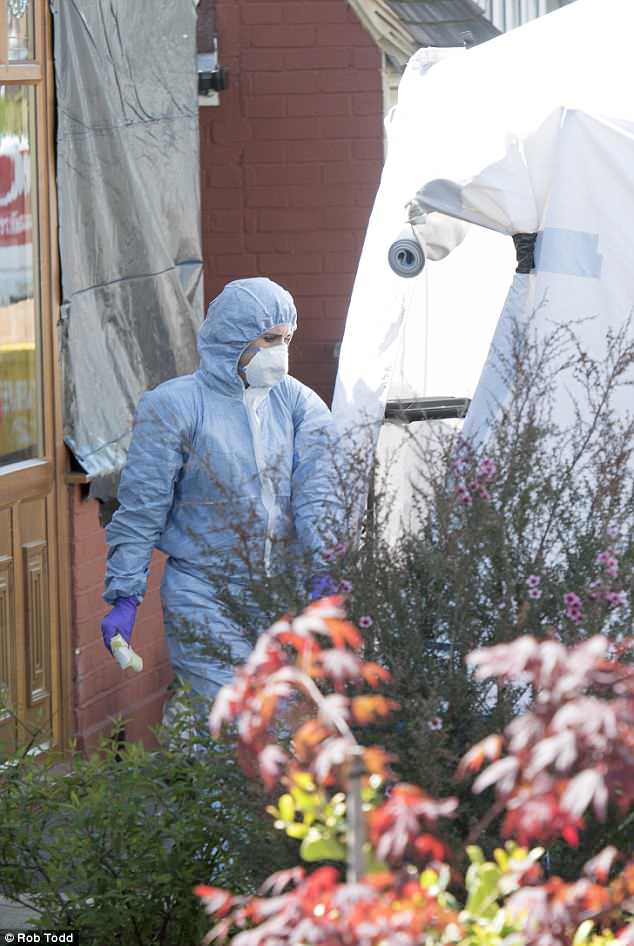 Police were called by the London Ambulance Service at 11.31am on Tuesday

She said: ‘My dad had shops in Shoreditch before the war, and after the war he set up stalls in Chatsworth Road.

‘Later he worked as a coalie, he had a horse and cart and would deliver it to the Co-op.’

She and Jack moved to Romford in the 60s and has three children together.

The couple are in shock about what’s happened and concerned about the lack of police presence on the streets.

Coleman, a former seamstress, was found at her home on Tuesday in Romford having been battered to death in a ‘despicable and cowardly’ attack.

She was found dead by a handyman at the bungalow where she lived alone.

Police believe she was subjected to a ‘cowardly assault’ between 7.30am and 11.30am before being left to die alone.

A close friend Ms Coleman’s paid tribute to the widow – calling her an ‘incredible person’ and suggested the attacker could have been after her cash.

Her friend, who did not wish to be named, said: ‘Rose was an incredible person. We were very good friends.

‘She used to be a seamstress and to this day she still made all her own clothes. She used to press my clothes as well. 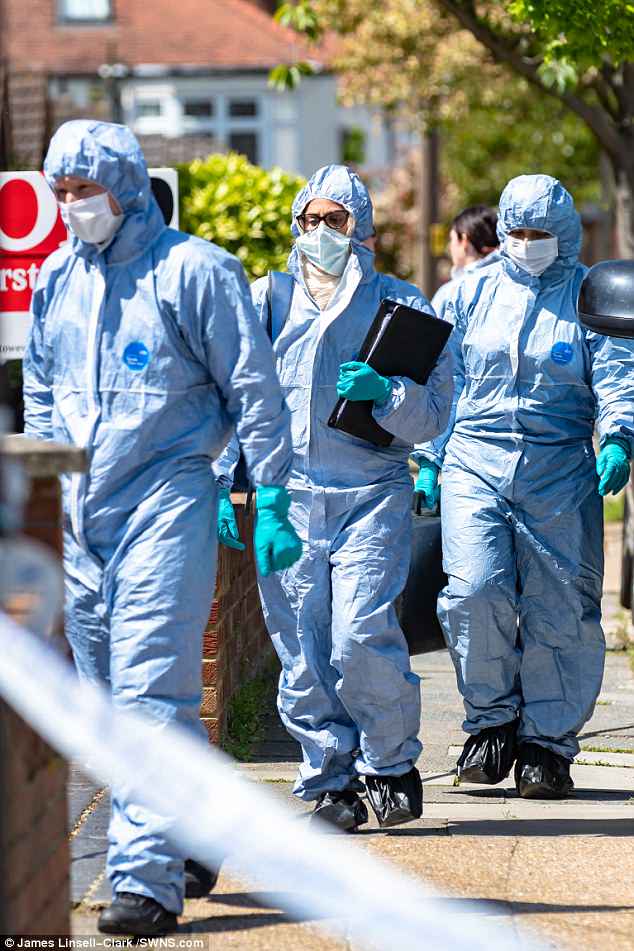 Friends and relatives of the former seamstress – known as Rose – have been left devastated by her brutal murder, described as ‘despicable’ and ‘horrendous’ by police 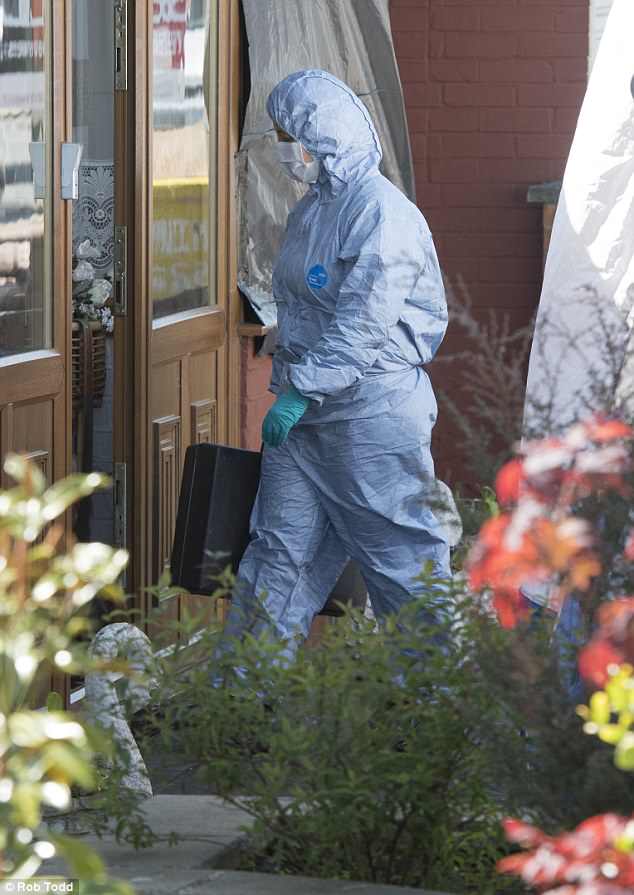 Another neighbour, who asked not to be named, added: ‘We do not know what has happened at the moment – she was just a really nice neighbour’

‘My wife died a few years ago and her husband died 11 years ago. We helped each other through it.

‘I don’t know why anyone would do this to her – I can think of no reason. Was it for money?’

Officers are looking into a burglary gone wrong as one line of inquiry and have asked the woman’s family if any items were stolen from her home.

Another neighbour, who asked not to be named, added: ‘We do not know what has happened at the moment – she was just a really nice neighbour.

‘I have not seen her for a month as we have been out of the country. I have known her for the 28 years we have lived here, she was very nice.’

Scotland Yard said: ‘Detectives investigating the murder of a woman on Tuesday, 15 May in Havering have named the victim.

‘Although we await formal identification, we are confident that the deceased is Rosina Coleman, who was 85 and from Romford.

‘Police were called by the London Ambulance Service at 11.31am on Tuesday, 15 May to reports of a woman found deceased at an address on Ashmour Gardens in Romford.

‘Officers attended. Rosina Coleman was pronounced dead at the scene. Her next-of-kin have been informed.

‘A post-mortem examination is expected to be held on Thursday.

‘At this early stage there have been no arrests.’

Detective Inspector Paul Considine, of the Met’s Homicide and Major Crime Command, added: ‘This is a despicable incident in which the victim, an elderly lady who lived alone, had been subjected to a cowardly assault that left her with serious injuries.

‘I want to ask anyone who saw or heard anything suspicious to call police immediately.’