An elderly woman has been rescued after falling into a narrow cesspit by accident at a garden in a residential neighbourhood in east China.

The rescuers were hailed as heroes as they let the elderly step on their shoulders before sending her to the ground. 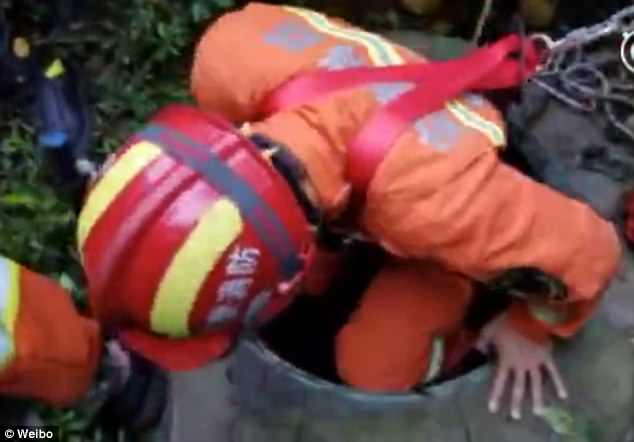 Firefighter is sent down to a narrow cesspit to save an elderly woman in Hefei, east China 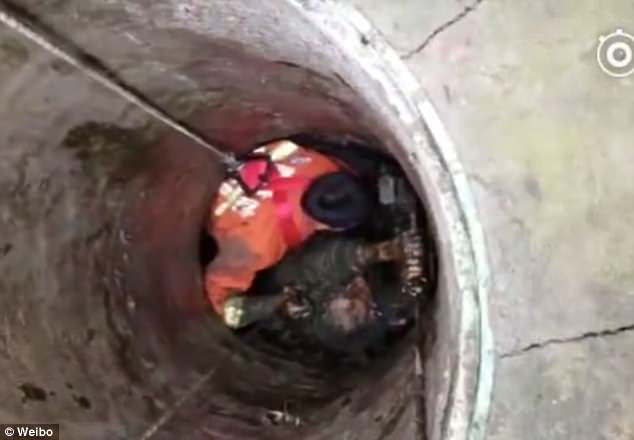 The woman was trapped in a cesspit in the neighbourhood of Hefei in Anhui Province on the morning of May 26, according to local firefighters.

She was said to be picking flowers near the tank and accidentally fell into it.

Firefighter, Li Tao, abseiled about 13 feet down and fastened a safety belt around the pensioner’s waist as other rescuers pulled her up from the top.

However, the elderly remained firmly stuck in the pit after an initial 40-minute rescue.

The team swapped officer Li to his colleague, Yong Zhihong, to continue the operation. 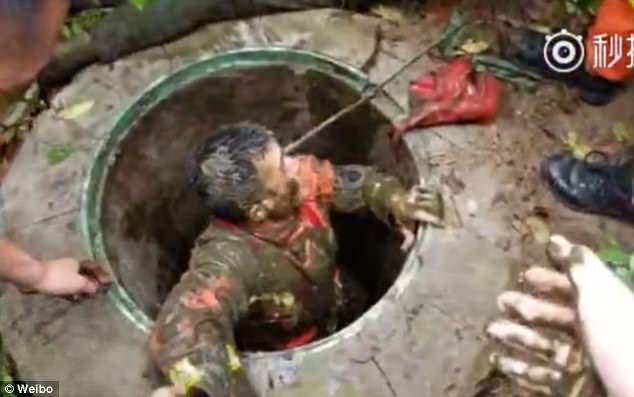 Firefighter Li Tao, pictured, is called up for a switch after an initial 40-minute rescue 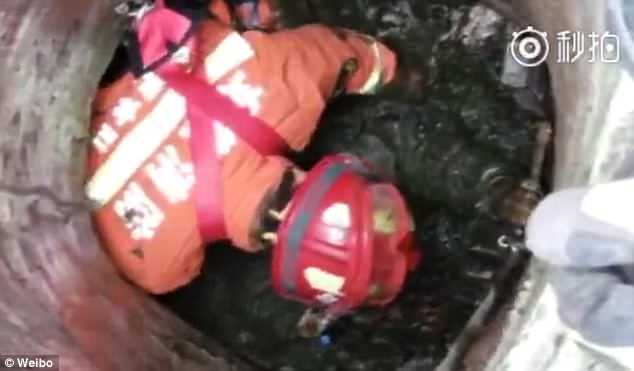 Another firefighter, Yong Zhihong, is sent to carry the rescue to free the 80-year-old woman They also placed a fire escape ladder down the well and secured it with ropes.

The pensioner appeared tired and distraught.

Officer Yong offered his shoulders for the elderly to step on. He then carried her up to the top before other firefighters pull her out of the cesspit.

On-scene paramedics confirmed that the elderly had not sustained any injuries.

The operation took almost two hours and the two firefighters were hailed as heroes by neighbours and web users.

‘The firefighters had not made any complaints of saving people in such smelly environment, they are the true heroes,’ said ‘zsh0430’.

‘This is why I think firefighters are the best!’ said ‘ganchin’. 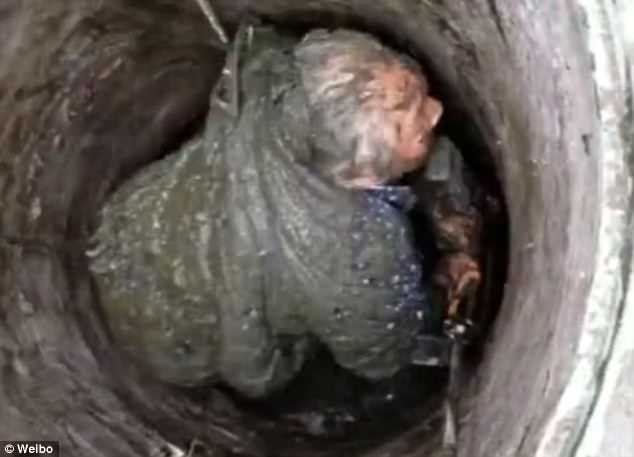 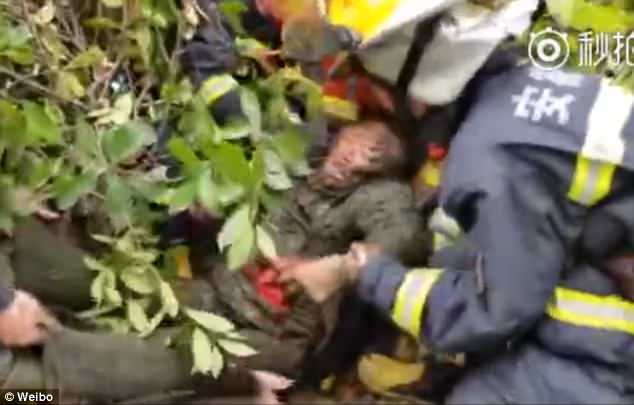 Paramedics confirmed the elderly woman had not sustained any injuries