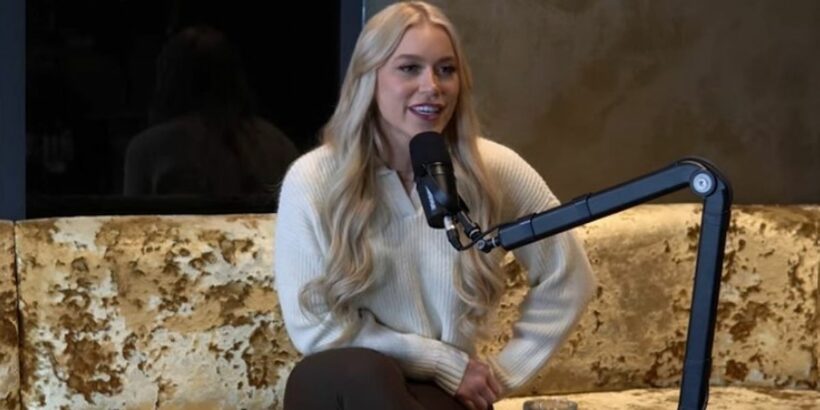 OnlyFans legend Elle Brooke made some shocking revelations in a podcast appearance on Sunday evening, admitting that she isn't "STD tested" and that she had slept with seven guys by the time she was 14.

She made the comments to The BlueTick Show's host Mikey Melin on YouTube in news that will no doubt shock her fans.

"You need certs (certificates) really to work with someone else, which I don't have at the moment. I know that sounds gross," she said.

The shocked host was dumbstruck with Elle laughing and explaining "we were really young".

She said the bizarre incident took place at a hotel in Alton Towers.

"It turned out I had worms too!" she laughed.

The model is never one to remain tight-lipped, but even for her this podcast was particularly candid.

In another revelation she said her mum once walked in on her while she was having sex.

To try and lessen the embarrassment, she shouted to her mum "I was only being fingered!" she revealed, while giggling at retelling the story and joking that only now her mum would know the truth.

She also discussed more PG matters, including her boxing career.

She said she was looking to fighting influencer Faith Ordway, who has more than a million followers on Instagram.

"I'm looking to fight Faith," she said. "That would be a really good match up early next year sometime, we don't have anything signed at the moment."

The topic of her cancelled fight with Astrid Wett also came up.

"That would be a good fight. I would fight her tomorrow but even now she's still parring it off," she said.

She even revealed her bulging six pack midway through the interview and tensed her arms to reveal her muscly biceps, explaining that she goes to the gym six times a week.

Despite her bulk up, she said she still needs to gain a lot more weight before getting in the ring with Ordway.

"She has clout. But the bigger they are the harder they fall."