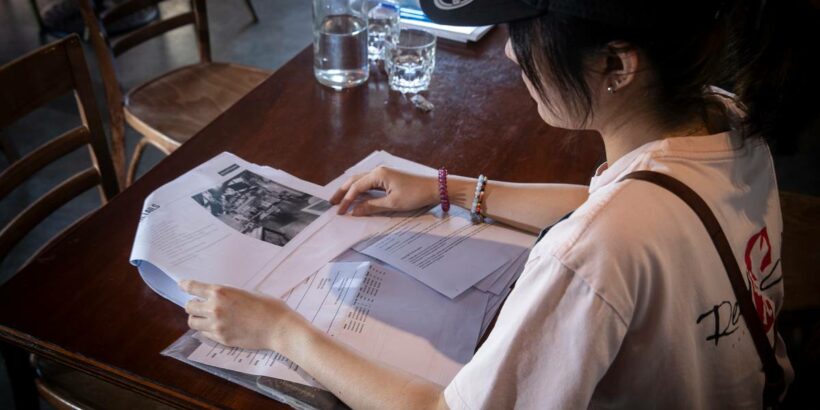 The owner of a Thai Restaurant in Ellerslie is offering a day’s business takings this Friday to help a staff member who had her life savings fraudulently taken from her bank account.

Saroch Tor, owner of Red Crab Thai Eatery, said his 26-year-old manager Jitima Boonsatienwong – also known as Knight – is struggling with her day-to-day expenses after $17,000 was taken from her ANZ Bank account.

Boonsatienwong’s nightmare began when she got a message from Spark on March 23 stating that her order would be activated within an hour.

Not understanding what the message meant, Boonsatienwong contacted Spark about 40 minutes later.

“They asked me if I had requested for a SIM card swap that day at one its stores, and I told them no because I was busy working and never left the restaurant,” she said.

Spark said they would investigate, and called her back about half an hour later.

She was then asked if any of her family members might have gone to the Spark store on her behalf.

“I told them I’m living alone and I don’t have any family members here,” Boonsatienwong said.

“By this time my phone was not working and they suggested that I check any bank accounts linked to my phone number, but I couldn’t do so immediately because my phone had been deactivated.”

That evening, she received a message from ANZ Bank advising her that there appeared that “fraudulent activity” had taken place on her account.

“I panicked and checked my account online and was shocked that two transfers had been made, one for $9755.84 and another $7899.57, to an account I don’t know,” said Boonsatienwong.

Originally from Bangkok, Boonsatienwong said the amount taken was nearly all the savings she had made since moving here seven years ago.

In a message from Spark, Boonsatienwong was told that there had been three attempts by fraudsters to obtain her mobile number at its Pukekohe, Sylvia Park and New Lynn stores.

Attempts at two of the stores were unsuccessful, and the New Lynn one was made but cancelled prior to the completion of the SIM swap.

According to the message, Spark had obtained CCTV footage of the three offenders involved and identify the devices and SIM cards used by them, and these have been provided to police.

“Police have confirmed receipt of the document and the information contained is helpful,” it said.

A police spokeswoman told the Herald that inquiries are still ongoing.

Boonsatienwong remains hopeful at getting her money back eventually, but says she is struggling with her daily expenses.

“It’s hard to survive because I still have rent to pay and so many other daily expenses,” she said.

“Since moving here, I’ve always felt so safe in New Zealand. But after this, I am really not so sure anymore.”

Tor described Boonsatienwong as a “very hardworking and dedicated” employee who has worked at his eatery for the past three years, and said he felt it was his responsibility to help her.

Tor has offered a spare room at his house to her and will give the entire day’s takings this Friday, May 14, 2021, “with no deduction at all” to help Boonsatienwong.

“Friday is usually our busiest and best business day, and that is why I choose that day for this,” Tor said.

“I plan to spread this on social media, and I am hoping people from the local community will come and support, or even order through UberEats or just drop by to give her a cheerful comment.”