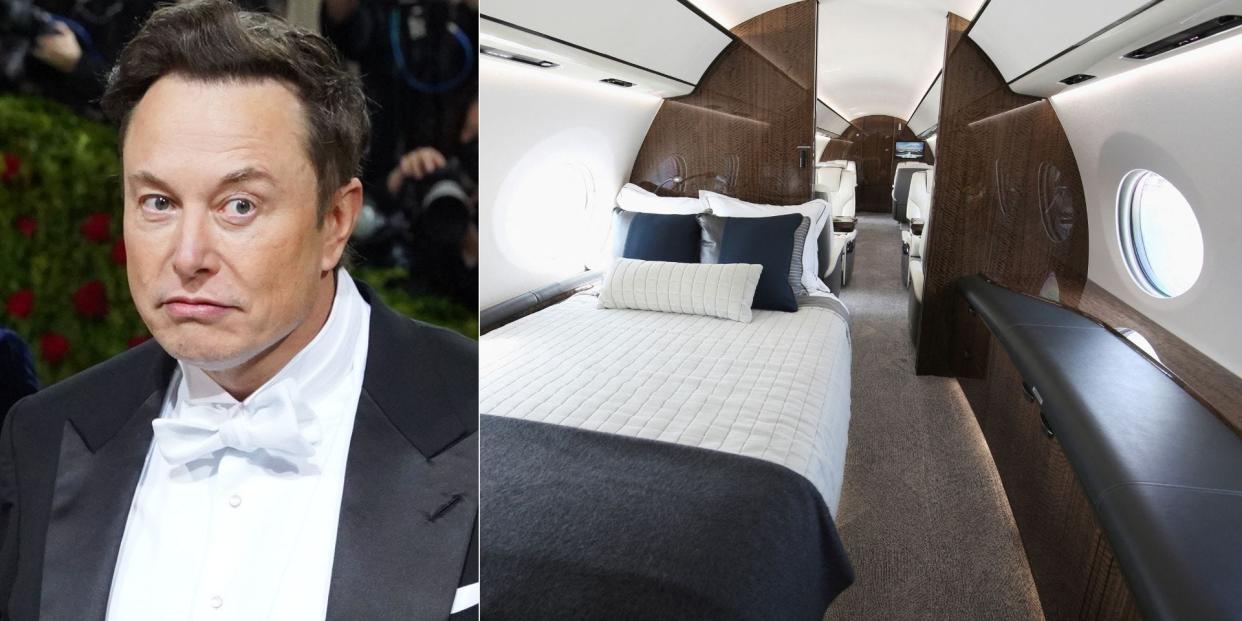 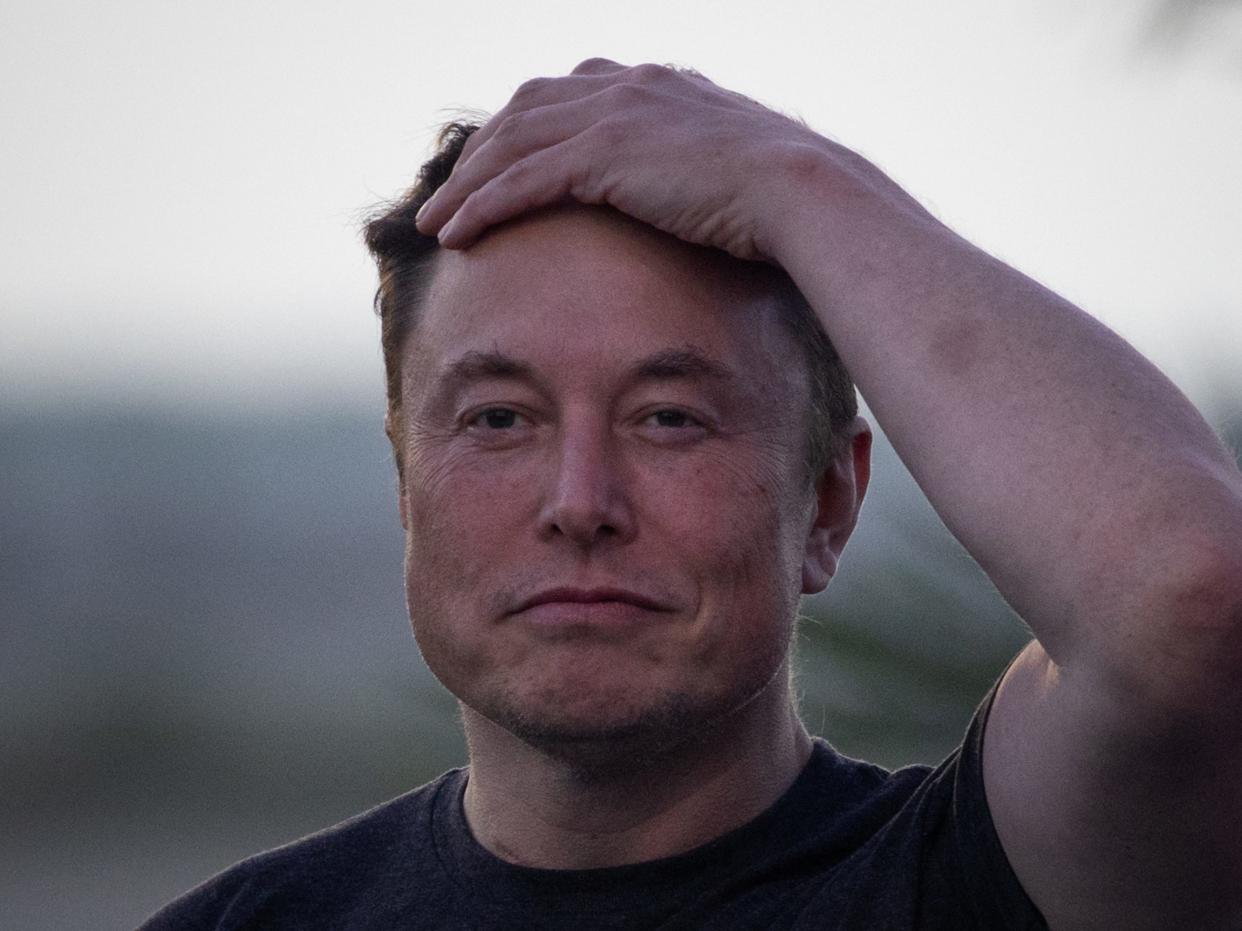 The G700 is one of Gulfstream's newest jets. Musk is expected to receive the G700 in early 2023, according to Austonia.

But the G700's deliveries might be delayed by three to six months, as the Federal Aviation Administration, or FAA, continues to review the jet's software, per Flight Global.

Musk currently has four jets, three of which are made by Gulfstream. Musk also owns a Dassault 900B, the first jet he ever purchased. All of Musk's jets are registered to Falcon Landing LLC, a shell company with ties to Space X, the FAA registry shows.

Prices for the aircraft start from $78 million. 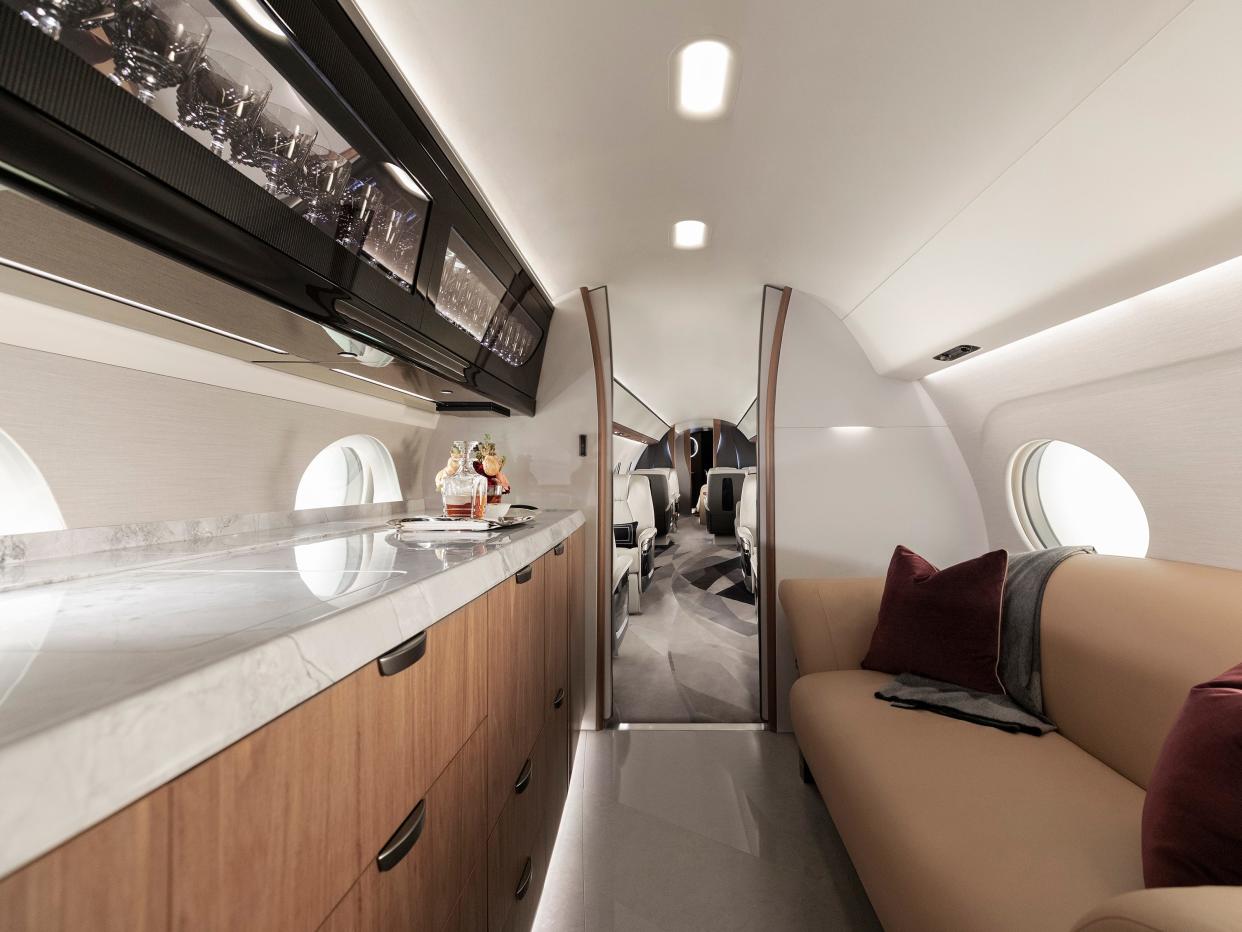 Operating the G700 can be costly too. Flying the jet for 400 hours can rack up operating expenses that cost around $3.5 million, according to Liberty Jet. Fuel and engine overhaul are the most expensive parts of operating the plane, per the aviation site.

Musk is no stranger to these expensive operating costs: His October 31 flight on the G650ER from Los Angeles to New Jersey racked up $14,829 in fuel expenses, according to Twitter account @ElonJet, which tracks Musk's flights. Musk was in the air for around four and a half hours, per the account.

The G700 can seat up to 19 passengers, according to a specification sheet by Gulfstream. It's the world's largest purpose-built private jet. 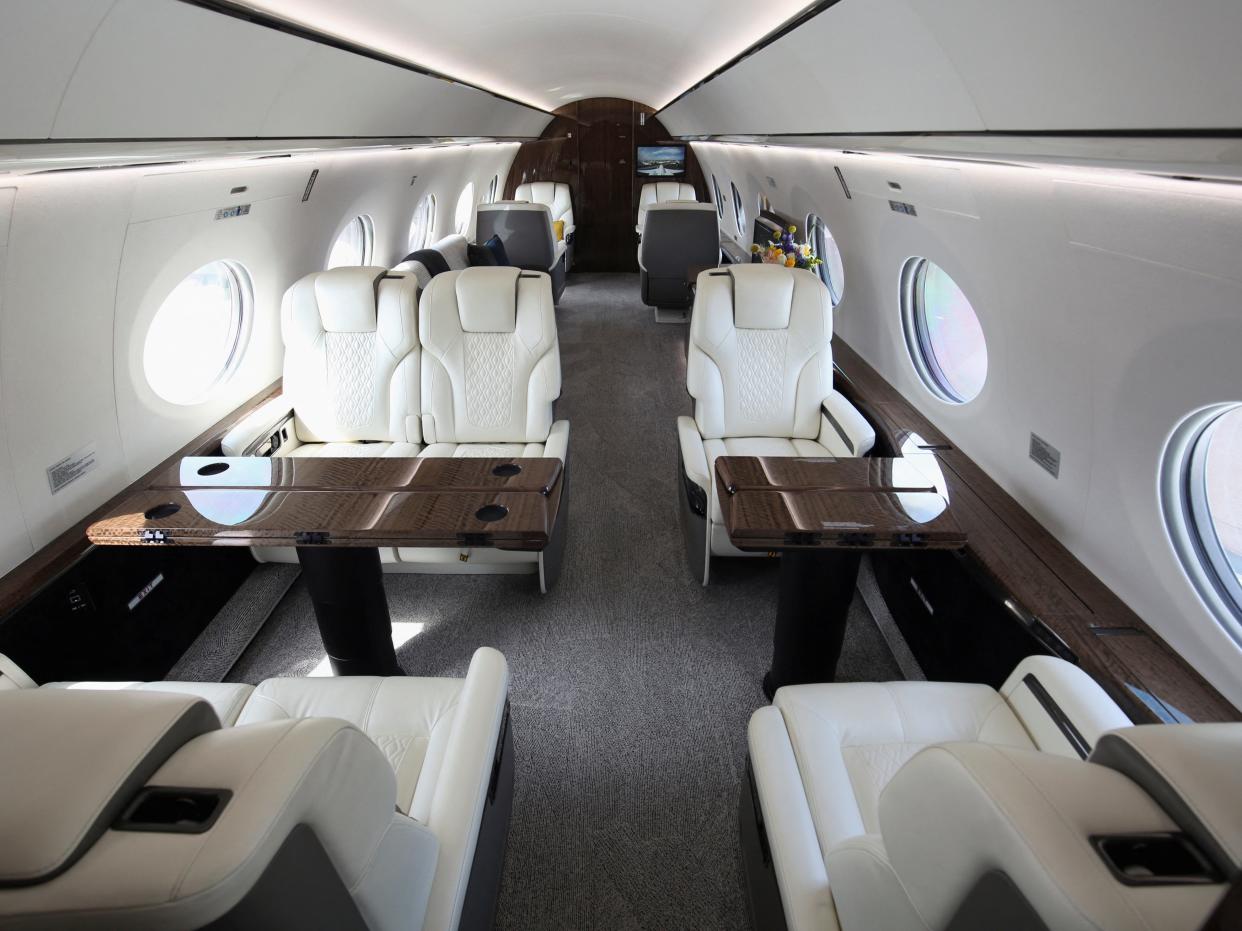 The G700 is the "stretched" version of the G650, and aims to rival the Bombardier 7500 in size, per Bloomberg. It measures 109 feet and 10 inches in length, and 25 feet and five inches in height, according to Gulfstream.

The G700 has a range of 7,500 nautical miles, which means the jet can fly from Singapore to San Francisco non-stop. 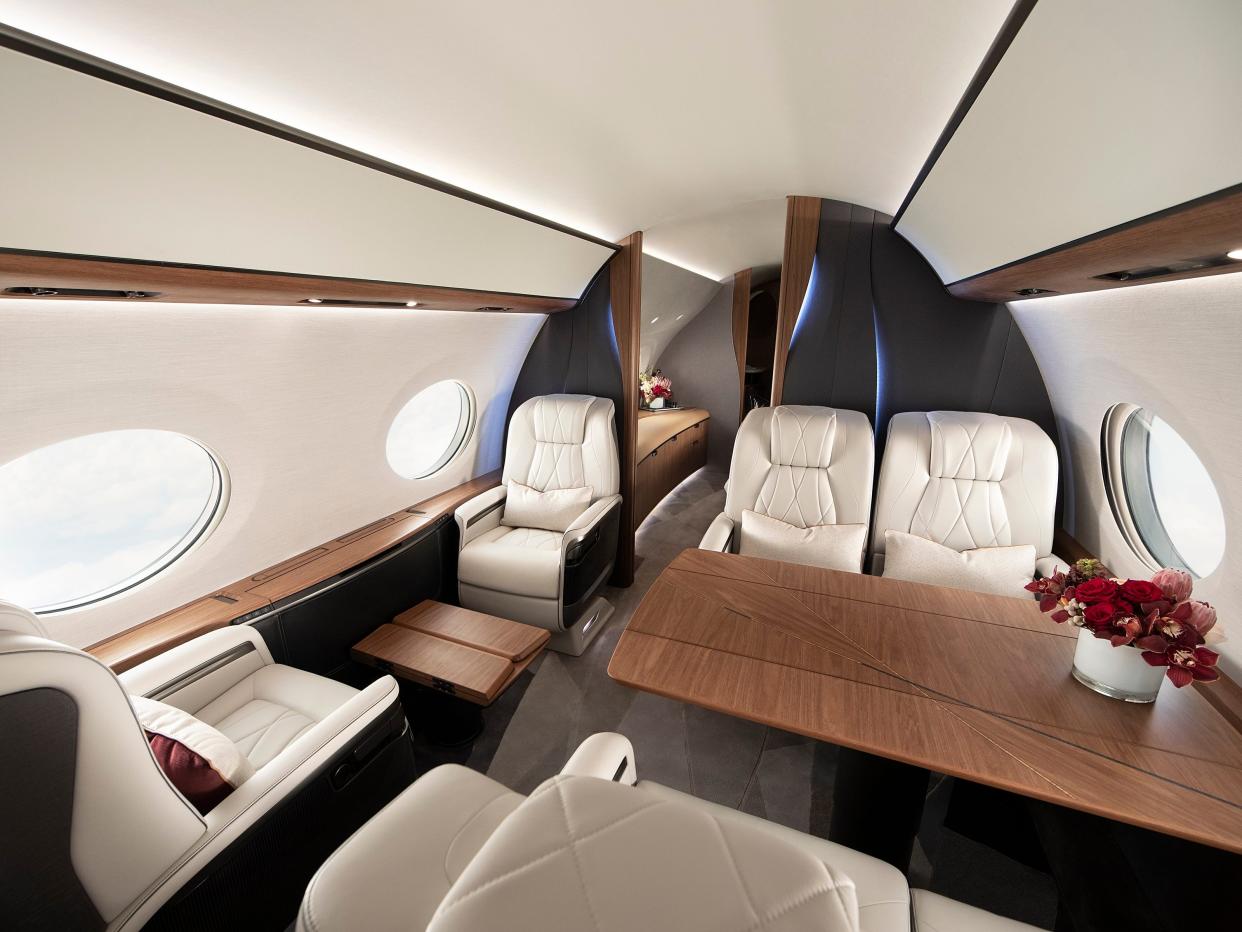 The G700 has a cruising speed of Mach 0.925 — just under the speed of sound — per the same Gulfstream spec sheet above.

According to a May press release by Gulfstream, the G700 flew from Georgia to Geneva, Switzerland in 7 hours and 37 minutes at a cruising speed of Mach 0.90.

The G700 has the largest cabin among business jets, measuring 56 feet and 11 inches in length, which allows it to have five living areas, according to Gulfstream. 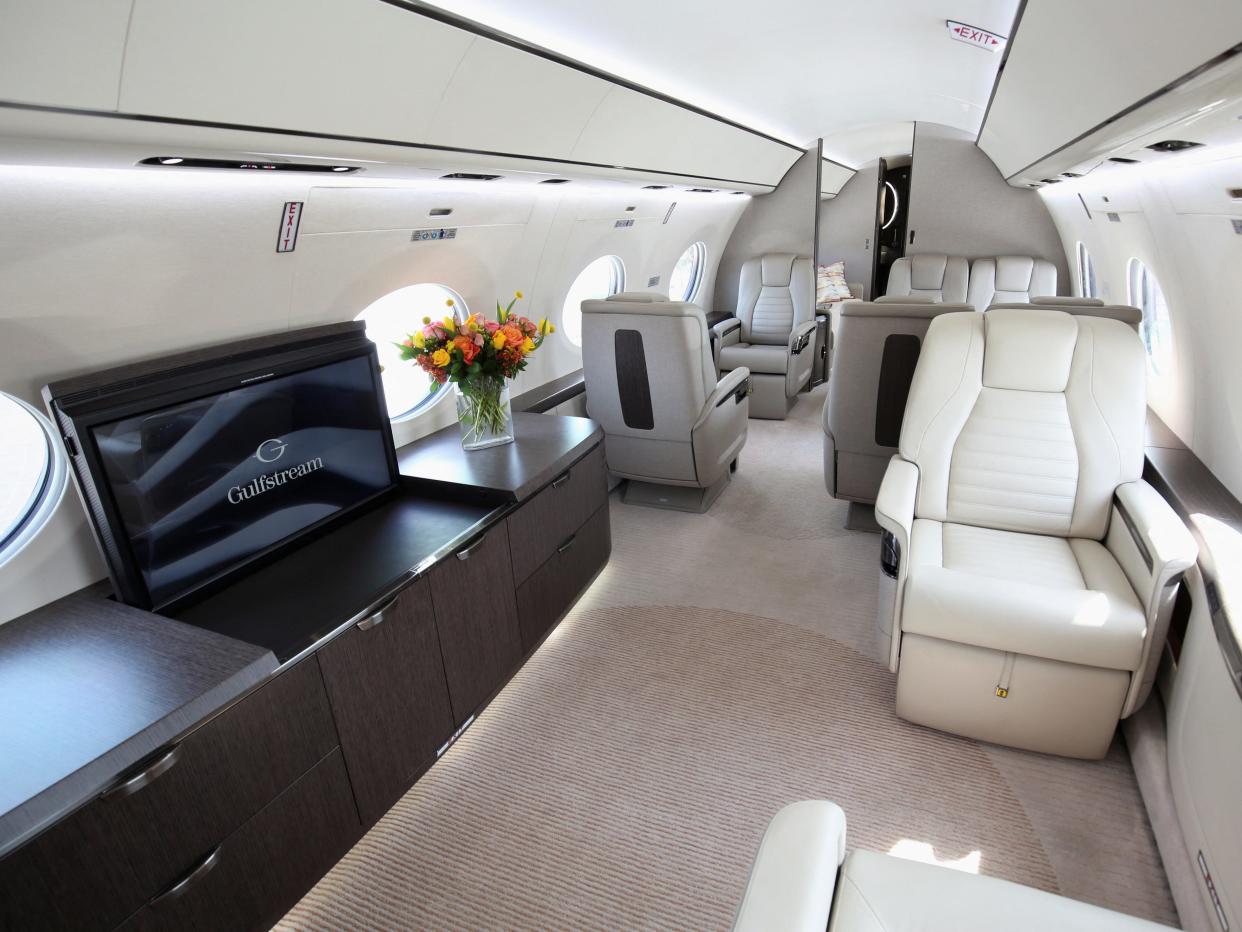 The G700's cabin is split into various sections including a lavatory, galley, forward seating, entertainment suite, and dining area, in addition to the stateroom and the en-suite bathroom, the jet's virtual tour shows.

One of the most notable features of the G700 is the stateroom. 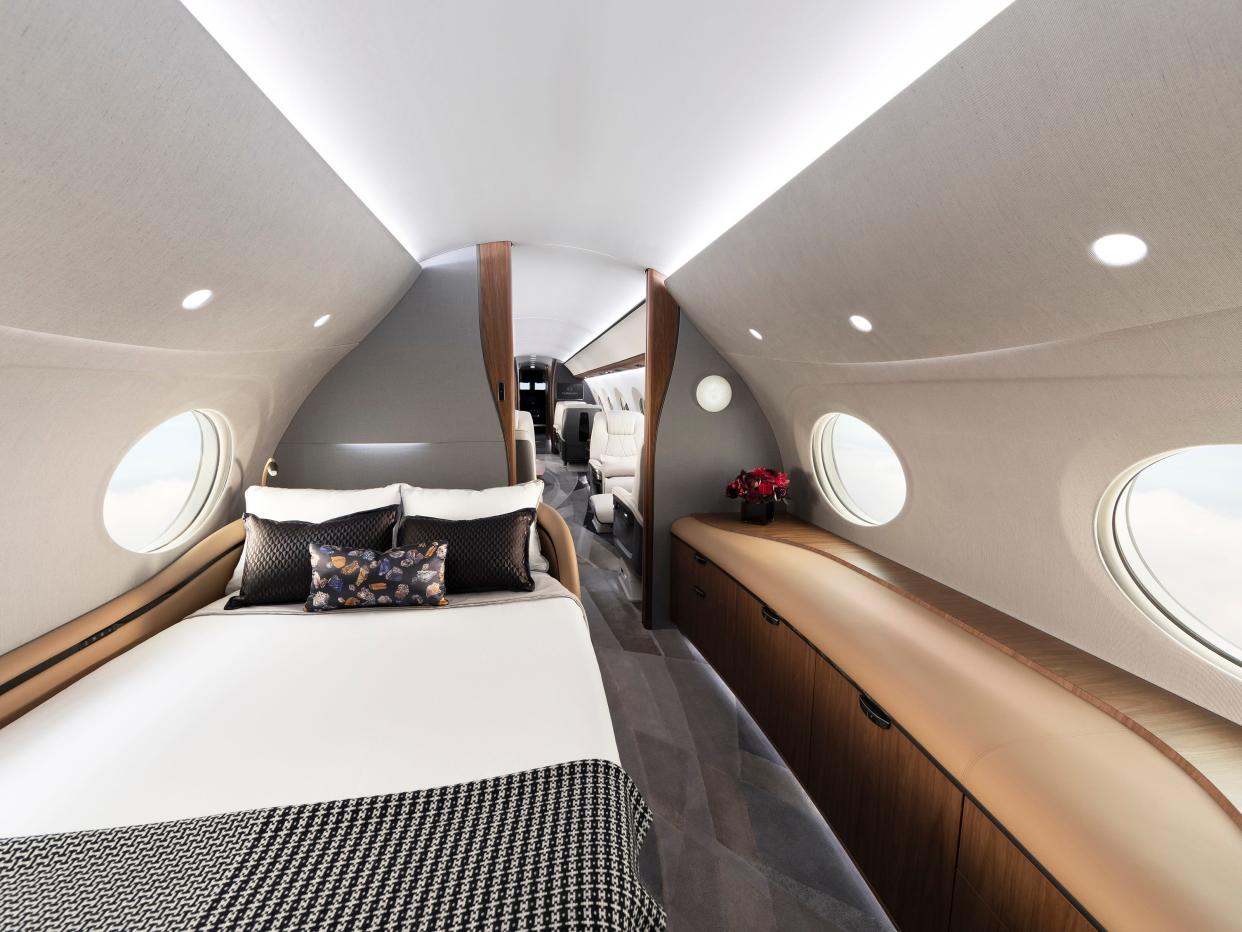 The stateroom is designed with either a single or double bed, as photos of the G700's interior show. The G700 has 20 windows, which allows ample light to stream into the jet's interior.

The G700's en-suite bathroom is one of its most luxurious features. 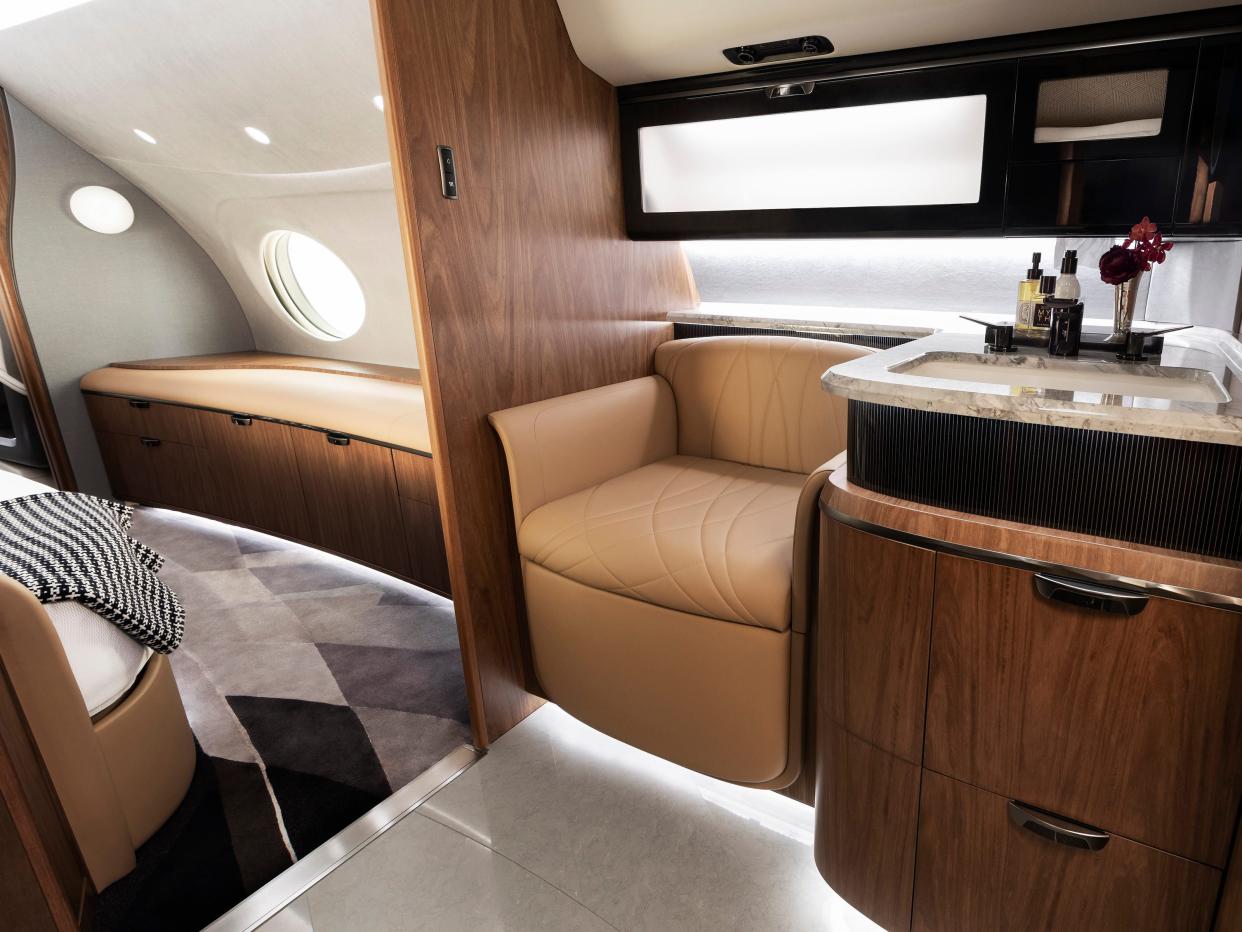 The bathroom has several compartments for toiletries and valuables, a full-length mirror, and a leather-seat toilet, the virtual tour shows.

It is one of few private jets large enough to accommodate a standing shower. 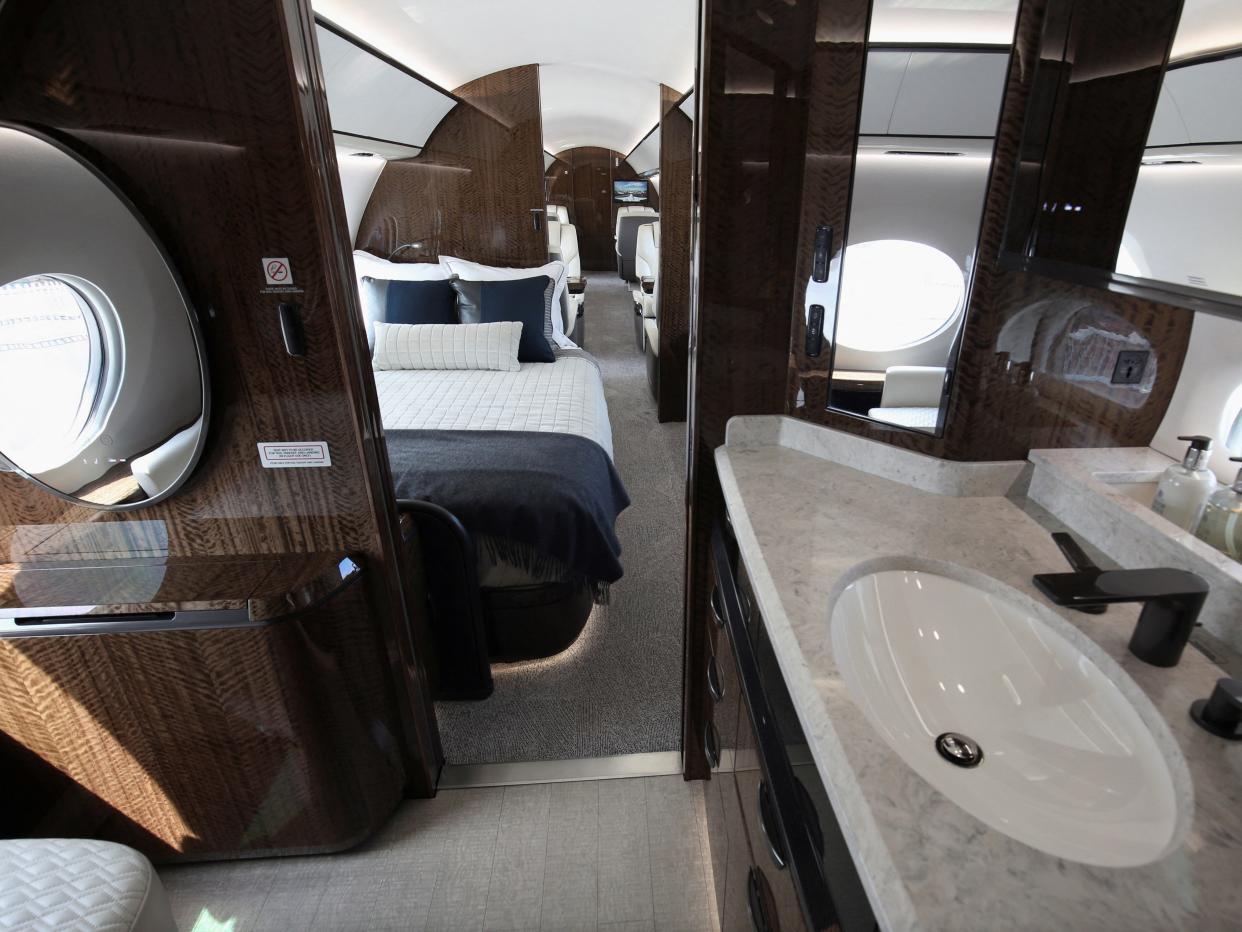 The G700 can also be customized for the bathroom to be designed with a shower, as previously reported by Insider's Thomas Pallini.

A baggage compartment which measures 195 cubic feat is located at the aft of the plane, per Gulfstream.