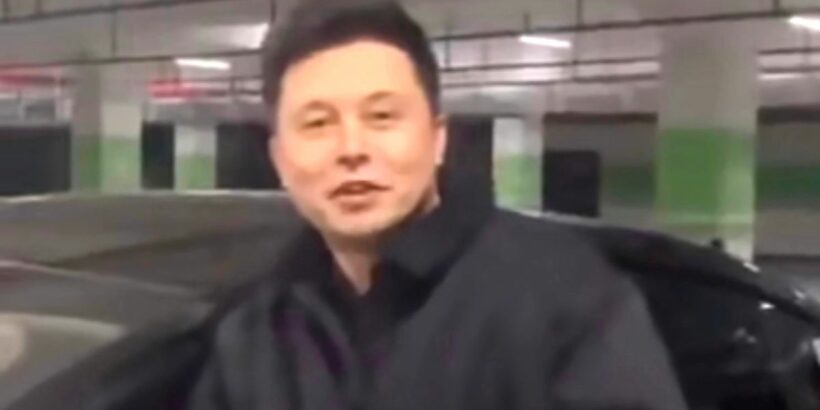 Elon Musk took to Twitter to react to the unnamed man who has been dubbed his Chinese twin.

In a video posted on Douyin, China's version of TikTok, the doppelganger is standing next to a black car staring into the camera lens.

Users across the internet immediately drew similarities between the 'Asian Elon Musk' and the billionaire with thousands on social media tagging Musk in the comments sections of posts about it.

But now the Tesla and SpaceX CEO has sparked a huge conversation with fans on Twitter after he said: “Maybe I’m partly Chinese!”

One user said: "Now we all know you have a twin brother in China."

Another said: "In Hindu mythology, the belief is that in the world, there are seven similar looking people.

“So every person has 7 doppelgangers and they may never come across each other in a lifetime.”

A third said: "Too close for simple coincidence?"

However, some sceptical viewers have alleged the video is "most likely" a deepfake, which uses sophisticated editing technology to allow users to put a face on someone else's body in a believable way, LADbible reports. As it stands, there is no way to tell whether or not this is real as the man in the video has not been identified.

Elon Musk was recently named TIME's man of the year for his numerous technological advancements throughout 2021.

TIME's announcement read: "For creating solutions to an existential crisis, for embodying the possibilities and the perils of the age of tech titans, for driving society's most daring and disruptive transformations, Elon Musk is TIME's 2021 Person of the Year."

The magazine also added: "We don't yet know how fully Tesla, SpaceX and the ventures Musk has yet to think up will change our lives.