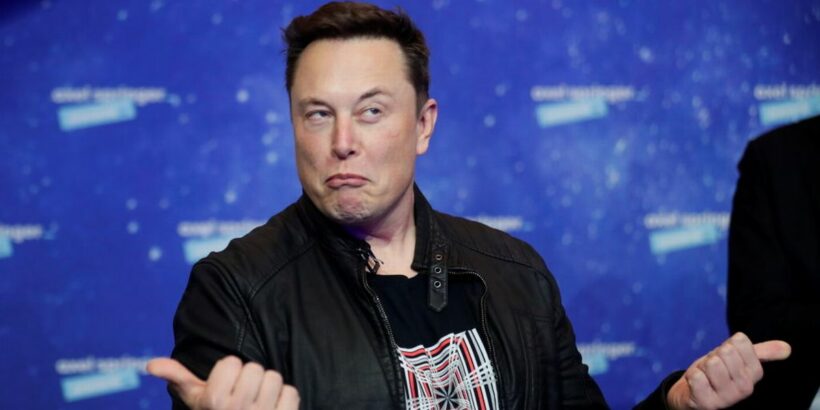 SpaceX supremo Elon Musk has sent his fans into meltdown after confirming he is in fact an alien – and it's the third time he's made the startling admission.

The bombshell announcement was made by the Tesla CEO himself on Twitter in an exchange with fans.

Twitter page 'Tesla Owners of Silicon Valley' shared a short video of Elon Musk from April 2019 at the World Government Summit, asking him in the tweet whether he is an alien.

In the video, Musk is seen saying: "I think this is one of the great questions in physics and philosophy, is where are the aliens?

"Maybe they're among us I don't know. Some people think I'm an alien. Not true, not true."

In reply to the tweet asking if he's alien, Musk wrote: "Of course".

His followers were sent into meltdown over the startling admission – sharing their theories why an alien Musk may be here with us on planet Earth.

In reply, one wrote: "Is that why you're building Starship … To get to your home planet?"

Another added: "Alien sent to save humanity, right?"

"Hahaha , then you must be from Mars right," a third wrote.

They wrote: "Maybe a reincarnated shape shifting inhabitant of mars that fled during a planetary world war that destroyed everything but there's something there that you need so now you have to go back before someone else gets it and destroys the universe."

In April, Musk gave the same response when a Twitter user had asked him: "Are you an alien?"

On that occasion, he replied: "Obv."

And in response to a tweet in February in which the billionaire was asked how he runs several huge companies at the same time, the entrepenuer replied: "I'm an alien."

"@elonmusk: answer if you see this, dark lord."

On that occasion one Twitter user described his announcement as the "Worst kept secret" and another commented: "We knew it already that you are an alien."

Musk has presented no scientific evidence to support his claim that he is an alien.