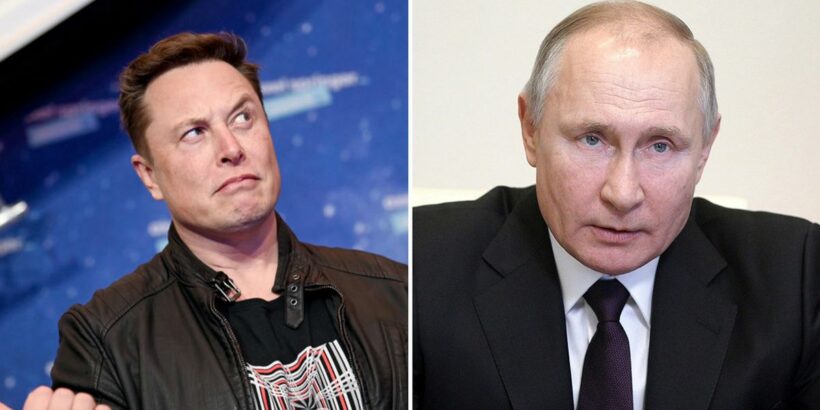 Billionaire Elon Musk has claimed he is ready to fight Vladimir Putin in a sumo wrestling match to stop the invasion of Ukraine.

The Tesla CEO bizarrely called out the Russian President for a fight earlier this month following his brutal attacks and invasion of the eastern European country.

One user asked Musk, in Russian, if he would be "surprised" if the Russian leader accepted the challenge, to which he replied: "It would be an honour".

But now Elon has raised his bizarre violent offering and shared a photo of him sumo wrestling.

The chief executive of crypto platform Binance, Changpeng Zhao, tweeted Elon sharing his concern about the fighting challenge because he had not seen Elon's "kong fu videos".

Elon responded to the tweet with a photo of him sumo wrestling.

The billionaire also said Putin should bring a bear with him to give him an advantage in the fight and even offered to battle him with one hand.

Previously warlord and Chechen leader Ramzan Kadyrov tweeted the SpaceX and Tesla founder saying that Putin would "beat the hell out of you, a much weaker opponent."

Kadyrov, who said he was in Ukraine with Russian forces in a video uploaded on the Telegram app, took to the app again to even offer Musk training to help with his scrap with Putin.

"Thank you for the offer, but such excellent training would give me too much of an advantage," Musk responded.

"If he is afraid to fight, I will agree to use only my left hand and I am not even left-handed."

He signed off with "Elona", the "effeminate" name Kadyrov gave him.

The warlord, who has been accused of serious human rights violations in the Caucasus Republic, said: "You'll need to pump up those muscles in order to change from the gentle Elona into the brutal Elon that you need to be."