Elon Musk should pay British diver he called a ‘pedo guy’ $190M, victim’s lawyer declares, as he labels the billionaire a ‘liar’ at the close of defamation trial

Elon Musk should hand over $190 million to the cave rescue hero he labelled ‘pedo guy,’ the lawyer for the victim of his Twitter slur demanded on Friday.

Musk should pay for being ‘a liar,’ blasted the lawyer for Vernon Unsworth as he gave his closing argument at the Los Angeles defamation trial over the billionaire’s insult.

When Musk called Unsworth a ‘pedo guy’, he knew most ‘reasonable people’ would believe he meant ‘pedophile’ and not just a ‘creepy old man’, as the Tesla boss had testified in court, attorney Lin Wood told the U.S. Federal court on Friday.

‘His testimony was a lie. And I submit that he was also lying when he subsequently apologized,’ the attorney said. 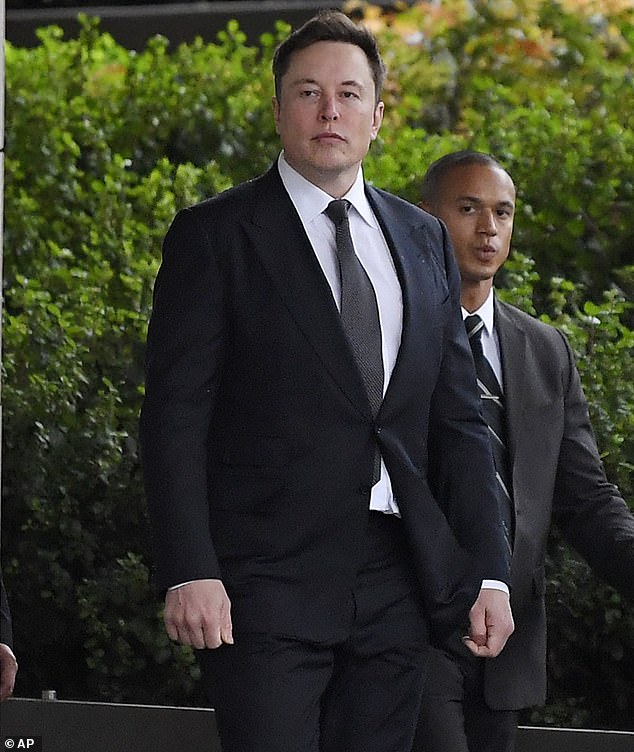 Elon Musk should hand over $190 million to the cave rescue hero he labelled ‘pedo guy,’ the lawyer for the victim of his Twitter slur demanded on Friday

Wood continued: ‘He intentionally, and for his own self purposes, dropped a bomb… a nuclear bomb on Vernon Unsworth. There are people and relationships and situations that will be harmed for decades because of the fallout from that bomb.’

He said the total damages the jury should impose on Musk should be ‘a hard slap on the wrist,’ and put the figure at $190 million. Musk told the court earlier in the week that he did not have much cash.

Wood argued the jury should award his client $5 million in actual damages, $35 million in assumed damage and $150 million in punitive damages – which amounts to the staggering $190 million sum.

Addressing the jury of three men and five women, Wood added: ‘Mr. Unsworth has told you the emotional distress he has in his life and the feelings of concern he has about how the fallout will impact his daughter (24-year-old Danielle). It also impacts his friend, his business colleagues… his whole life and his reputation.

‘Who would plant a bomb like this? It was planted by Elon Musk, a multi-billionaire with $20 billion.’

Pointing out that Unsworth only makes about $30,000 a year in his job as a financial adviser, Wood said: ‘The law must be obeyed by all, rich and poor alike.’

Calling Unsworth one of the ‘heros’ who saved the lives of the 12 Thai boys and their coach, Wood told the court that if he found himself in a similar dire situation, trapped in a cave, fearing for his life, ‘I would want to look up and see the faces of Vernon Unsworth and Rick Stanton (the lead diver in the rescue)….I would not want to look up and see the face of Elon Musk. 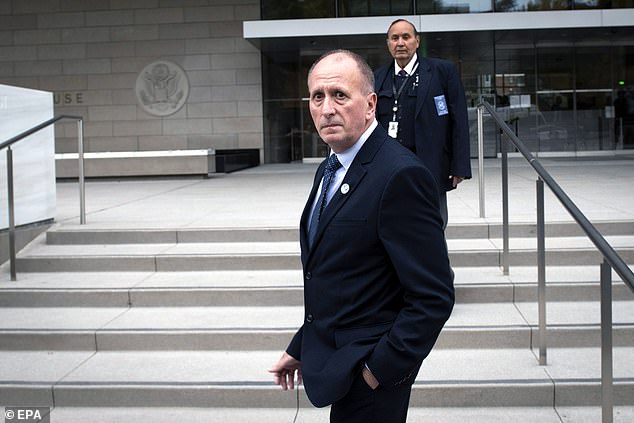 Cave rescue hero Vernon Unsworth (pictured outside court Tuesday) refused to apologize to Elon Musk for calling the billionaire’s plan to use a mini submarine to save 12 Thai boys trapped in a cave a ‘publicity stunt,’ a court heard on Thursday

Wood added: ‘Rick Stanton could not have done his expert job without Vernon Unsworth because Vernon knew the cave and the obstacles that needed to be overcome to save these kids.’

Talking about Musk’s mini-submarine which he proposed as a way to get the stranded boys out of the cave, Wood said the metal tube was tested in clear water in an LA swimming pool, not in the murky waters and rocks facing the cave rescuers.

‘Mr. Musk saw the opportunity to capitalize on the world-wide attention being given to the Thai cave rescue,’ added Wood who said it was not the integrity of Musk’s SpaceX engineers – who designed and built the sub – he was questioning.

‘It’s the motives of Elon Musk I am questioning… attention drives investors.

‘After Musk showed up in his private jet with his tube, his shiny object, he met with the Prine Minister of Thailand – because Elon Musk is one of the most influential people in the world.

‘Then he went to the cave and he went inside to a certain point and brought the tube there…He stepped to the water’s edge and then he left.’

A day or two after the rescue, Wood told the jury, Unsworth gave an interview to CNN in which he was asked what he thought of Musk’s mini sub and he responded, ‘He can stick it where it hurts.’

Wood said: ‘He was calling bulls**t on the tube. It was too long, too rigid, it was just a publicity stunt.’

Unsworth’s criticism of the sub was what prompted Musk to call him a ‘pedo’ on Twitter, where the entrepreneur has 22 million followers.

‘How can you accuse someone of being a pedophile when you don’t know anything about them,’ said Wood.

Musk deleted the tweet, issued an apology on Twitter but, added Wood: ‘When Elon Musk tweets something, it goes around the world. You cannot delete that.

‘He was forced to apologize….this was not a genuine apology. He was under pressure from colleagues and Tesla stock. This was an apology of convenience.

‘He could have picked up the phone and called Vernon and said: ‘I’m sorry for calling you ‘pedo guy’ – which can be construed as a pedophile.’

TIMELINE OF THE THAI RESCUE AND MUSK AND UNSWORTH’S DISPUTE

June 23 2018: The boys and their soccer coach become trapped in the caves

July 8: Musk tweets that he is using Tesla engineers to build a ‘kid size’ submarine to try to get them out 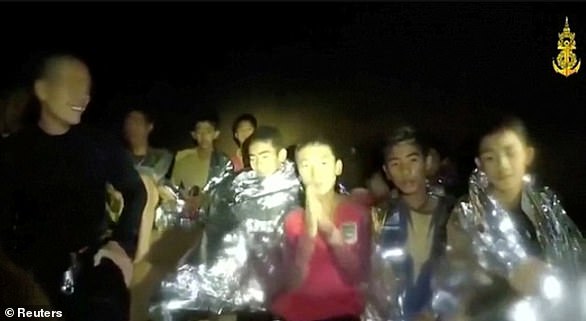 The Thai soccer team got lost in caves while exploring and became stuck for days. Musk offered to help and sent a team of Tesla engineers to build a submarine to get them out

July 8 – 10: The boys were rescued gradually in a complex mission involving hundreds of people

July 13: Vernon Unsworth gives a CNN interview where he is asked about Musk’s plan. He calls it a ‘PR stunt’ and says: ‘He can stick it where it hurts’ in reference to the submarine 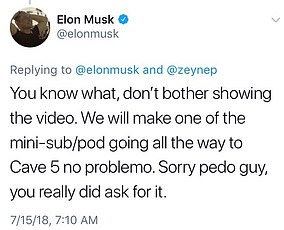 August 15: Musk hires private investigator James Howard after he got in touch with him saying, in an email:  ‘Dear Elon, you may wish to dig deep and look into Mr. Unsworth’s past… no smoke without fire!’

They set about launching their ‘investigation’ but go to great lengths to keep Musk separate from it. In emails, Musk’s associate Jared Birchall carried out their dealings and Musk was referred to as ‘the principle’. He and Birchall never discussed it in writing.

August 28: Musk tweets in response to a follower who accused him of lying about Unsworth: ‘You don’t think it’s strange he hasn’t sued me yet?

August 30: BuzzFeed reporter emails Musk for a comment. He replies saying, among other things, that Unsworth married a ‘child bride’ and inferring that he is a rapist

September 5: Private Investigator emails Birchall, Musk’s associate, saying: ‘At no time have have I reported that the target is a child rapist.’