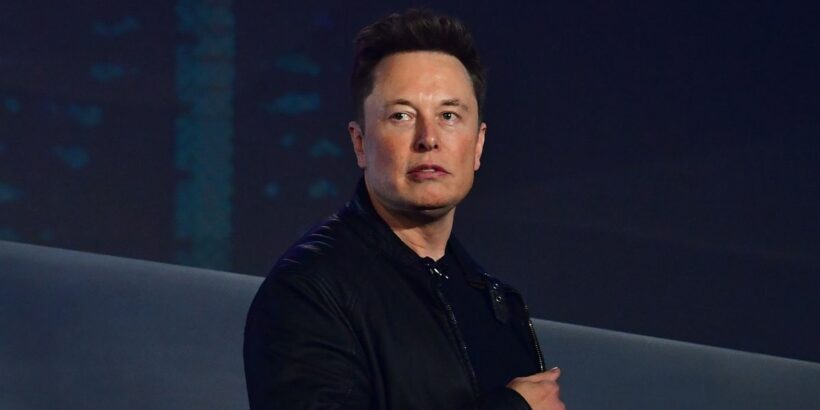 Elon Musk's new £7.25 billion satellite broadband system has had its wings clipped – by a bunch of 'pesky pigeons'.

The tycoon has spent six years honing his Starlink service to provide internet connectivity to remote parts of the planet and extra cover to towns and cities worldwide.

He has zapped 1,700 satellites into space to send and receive signals from little dishes sitting on house rooftops.

But a Brit cyber security expert monitoring the system said it keeps dropping out – due to pigeons mistaking the receivers for birdbaths.

Every time they land on his dish the signal cuts out for at least a second. The birds also cover the receivers in poo.

Canadian firm Telesat has pledged to blast 298 into orbit. The EU and China are both planning their own networks.

And OneWeb – part-owned by UK taxpayers – launched 34 satellites last week to make up a cluster of 288.

Pest controllers warn it will not be easy to rectify the problem as pigeons sense the Earth's magnetic fields which gives them their homing instincts – meaning if they are shooed off a certain spot they are likely to return.

The prof, who lives in a location where he said he 'can only dream' of a fibre broadband connection, installed a small grey Starlink dish on his kitchen roof.

It is one of 100,000 units worldwide firing off and receiving signals from Musk's network of satellites which orbit the Earth every 90 minutes 340 miles overhead.

Prof Woodward told the BBC the service was 'very good' – until he spotted the signal kept cutting out.

"I noticed a series of outages – some a second, some longer,'' he said.

After investigating he believes they were caused by pesky pigeons 'which have taken a fancy to sitting on the dish'.

Last week the service just 'completely disappeared' for an hour – though that was thought to be due to an unrelated technological issue.

Prof Woodward, who pays £89-a-month for the service, said the pigeon-induced dropouts were short and did not interrupt TV streaming.

He had not considered the potential problem when he sited the dish on top of his kitchen as it was the only flat roof and easy to get to.

"Starlink provide an app that shows if there are obstructions so you can choose the best spot, which saved hours of fiddling around," he said.

After connecting it to the router he said the "dish juggled around for a minute or so – then I had fast internet".

He has recorded healthy download speeds of 150 to 200 megabits per second with a 10 to 20 Mbps upload.

There were short dropouts but nothing that would have interrupted, for example, streaming television,'' he said.

"That knocks anything else I can obtain here into a cocked hat.''

A broadband expert told the BBC a "pigeon sitting on a Starlink antenna would certainly degrade its performance".

According to pest controllers Buddies Exterminating the birds are "an annoying pest especially when they roost on your roof".

"It’s frustrating when you chase off a flock of pigeons only to have them return a few hours later,'' the company's website states.

It turns out that there are biological behaviours that explain why pigeons keep coming back to your home making it nearly impossible to eradicate them from your neighbourhood without help.

Pigeons are known for their ability to find their roost no matter where they are. Studies have shown that pigeons can sense the Earth’s magnetic fields, which accounts for their homing sense.

Since pigeons can find their way home they’ll be able to find your home no matter how many times you chase them away.

Once they’ve begun nesting in one location, their biology calls them back over and over.

Many species of birds have a very advanced, complex sense of smell.

This sense helps them not only to find their nests, their mates and their chicks but it also helps them find food.

They’re also used to certain areas based on smell, which aids their homing sense.

To make matters worse pigeons may also be able to smell a lack of predators in a region. Proper pigeon control is one of the only ways to keep these birds away from good.

"Professional removal and control is the only way to prevent the serious damage to your home these birds can cause.''

SpaceX is planning to send another 180 satellites into orbit over the next three months.

A spokesman has not responded to a request for comment.