EMERGENCY services were called to the seafront in Essex today after receiving several reports of children coughing and struggling to breathe after playing in the water.

Police, the ambulance service and the fire service rushed to the beach off Fourth Avenue in Frinton when the alarm was raised shortly after 2pm on Sunday. 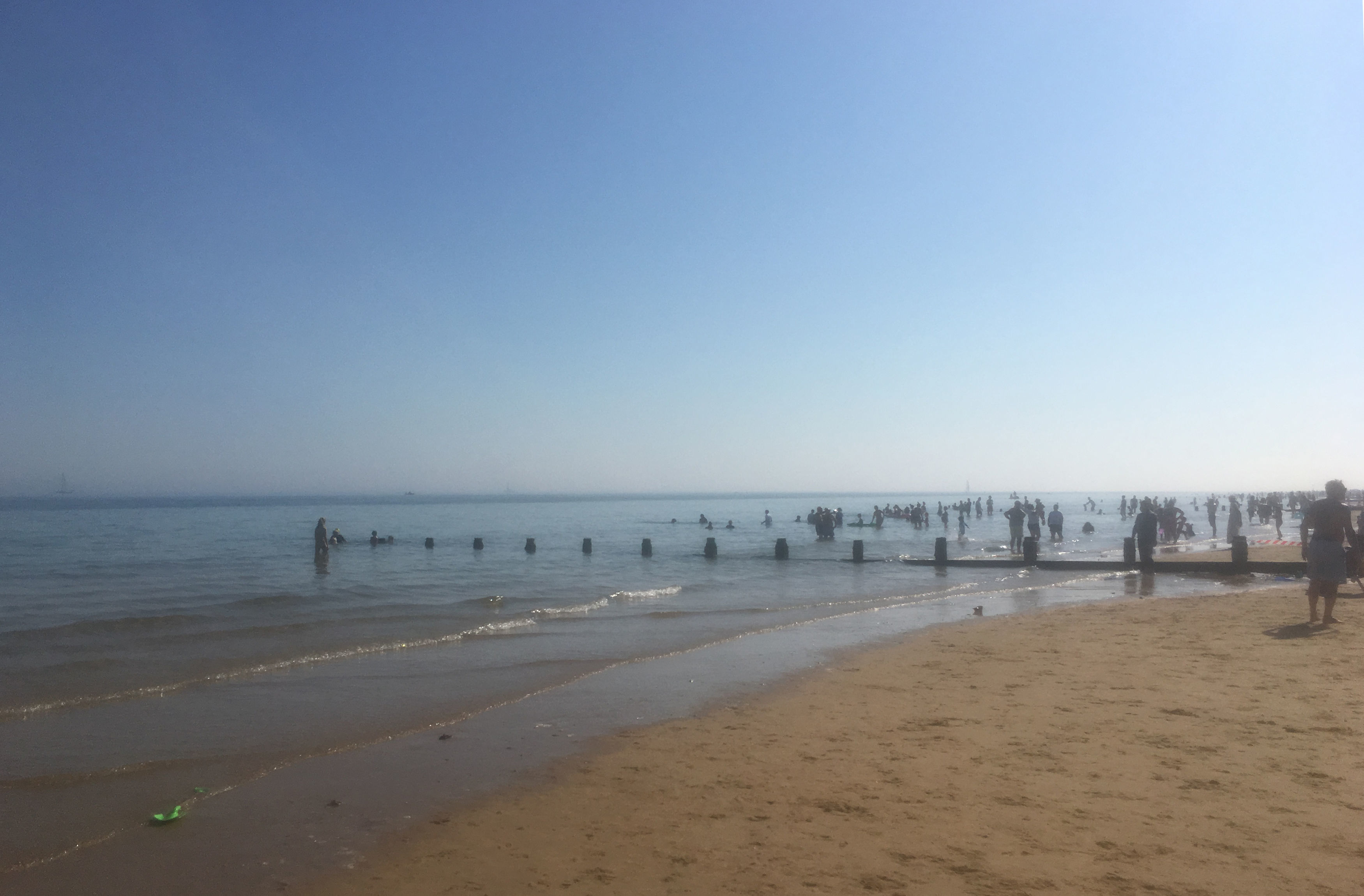 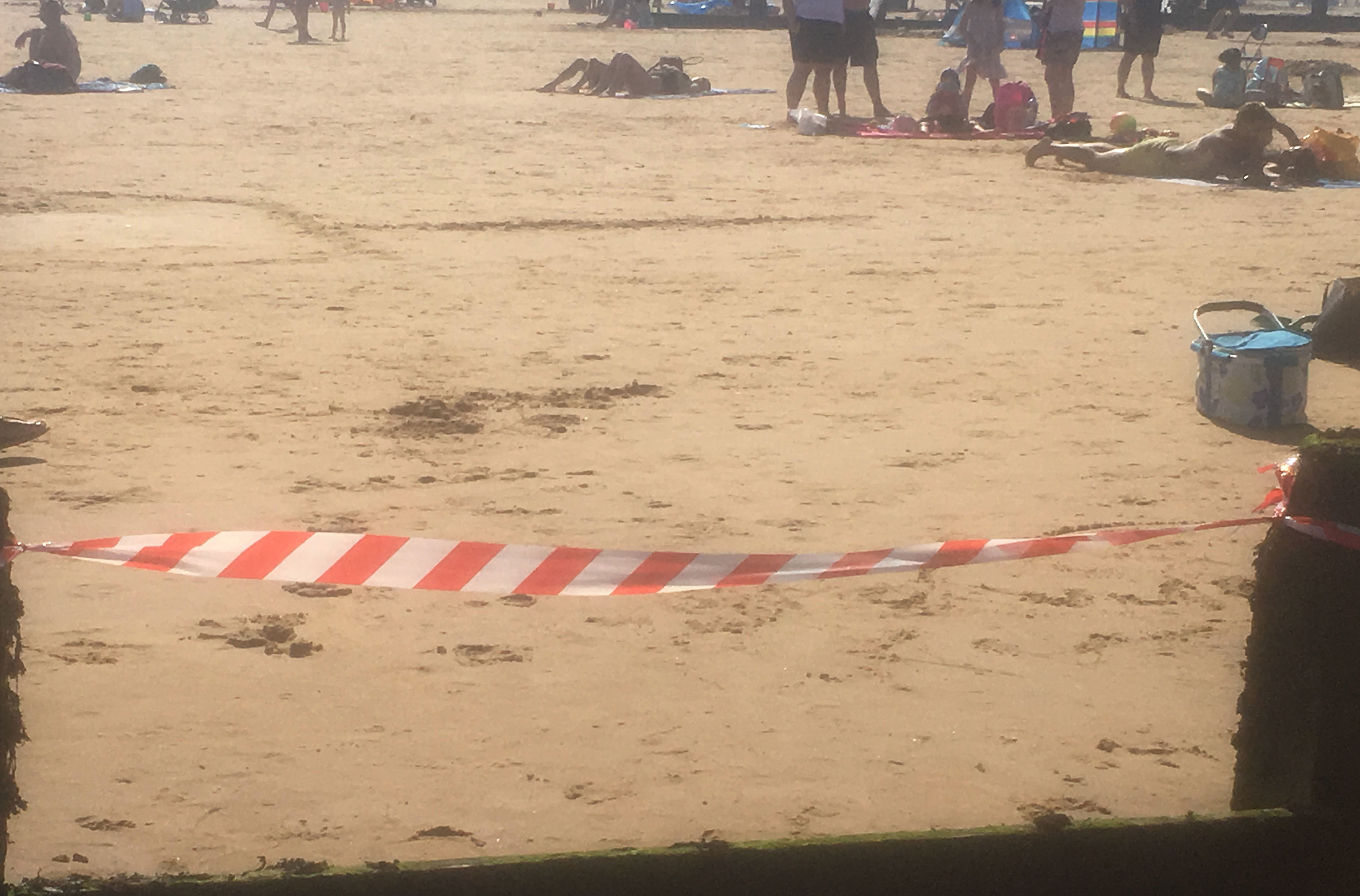 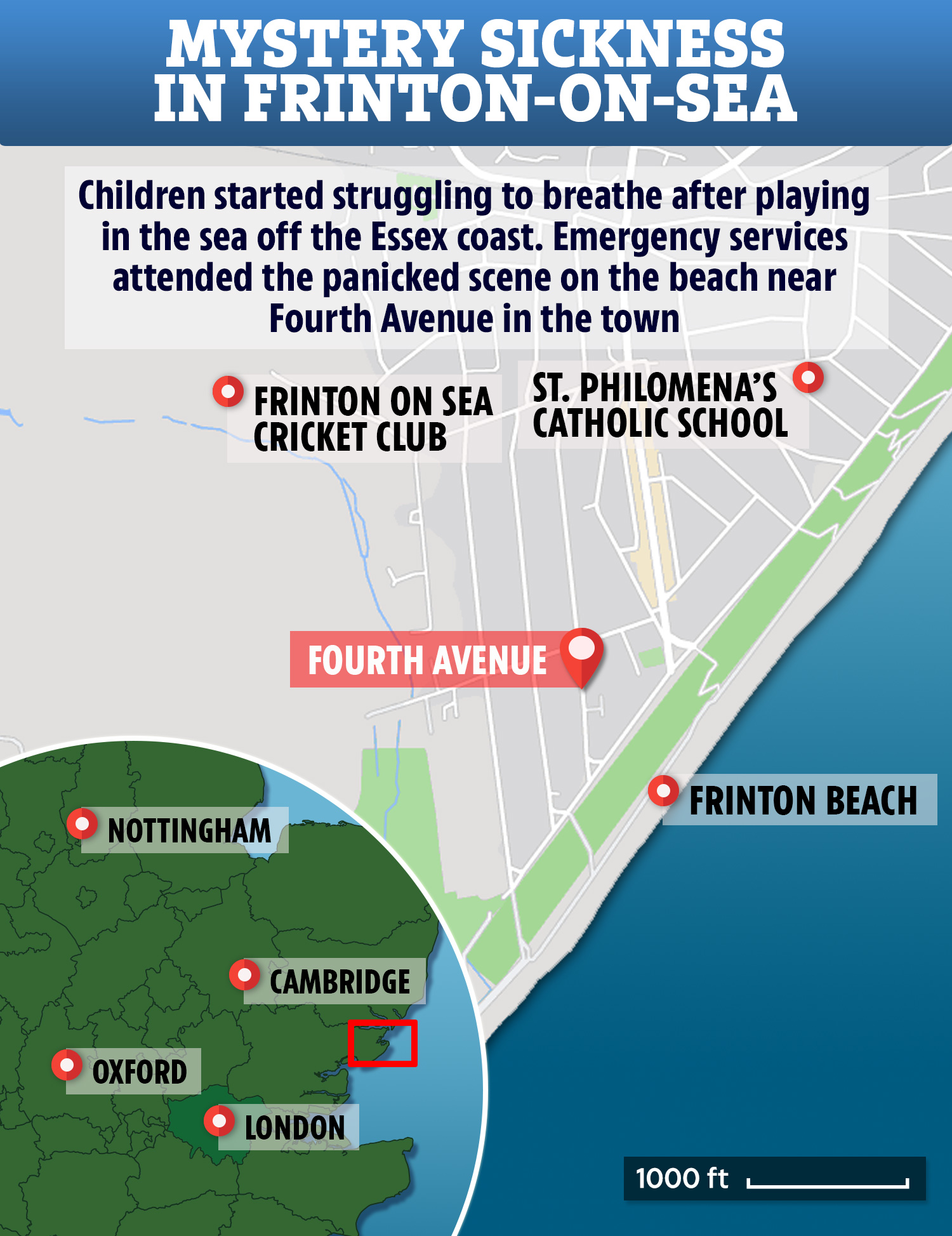 Beachgoers said they had been left struggling to breathe but the cause is unknown and is being investigated.

Speculation online of a fuel spill was not confirmed by police or the ambulance service.

A mother who was on a family day out at the busy beach told how her one of her twin daughters was left "gasping" for breath.

Miriam Lansdell said: "My daughter started coughing. She said: 'I don't feel good. It hurts to breathe in'.

"My other daughter was gasping and couldn't form words because she couldn't breathe well enough."

The 45-year-old mental health worker from Derbyshire, who was visiting her parents in Essex for the bank holiday weekend, said she had also had difficulty breathing as she lay on the sand drying off after a dip in the water.

She said they all began to breathe easier when they moved further away from the beach, but took the 10-year-old girls to a walk-in clinic to be checked over by medical staff.

Ms Lansdell said her father had been told by someone in a speedboat, who he assumed to be associated with the coastguard, that there may have been a fuel spill.

She said: "My dad said he had been asked to get out of the water by a man on a boat.

"He asked why and the man said there had been a fuel spill.

"He said if anyone is having breathing difficulties they should probably call an ambulance."

She added: "It's not what you expect when you go for a day out to the beach."

Today's incident comes just 12 days after a dozen people were left vomiting on a beach in Worthing, West Sussex, when a toxic cloud swept the area.

The Maritime and Coastguard Agency investigated a sunken warship as being the cause of the poisonous gas.

One person tweeted today that there were "lots of people coughing heavily", while a mother said her son began coughing after swimming and had to be given his inhaler.

Another said: "We have just left Frinton and have seen lots of fire engines on the way out. Has there been an incident? We were on the beach and all developed a cough and were struggling to breathe.

A spokeswoman for East of England Ambulance Service said: "We are aware of an incident on Sunday 25 August with reports of a number of people suffering from coughing on the seafront off Fourth Avenue, Frinton.

"We are assisting the police and fire services with this incident.

"The cause is currently unknown." 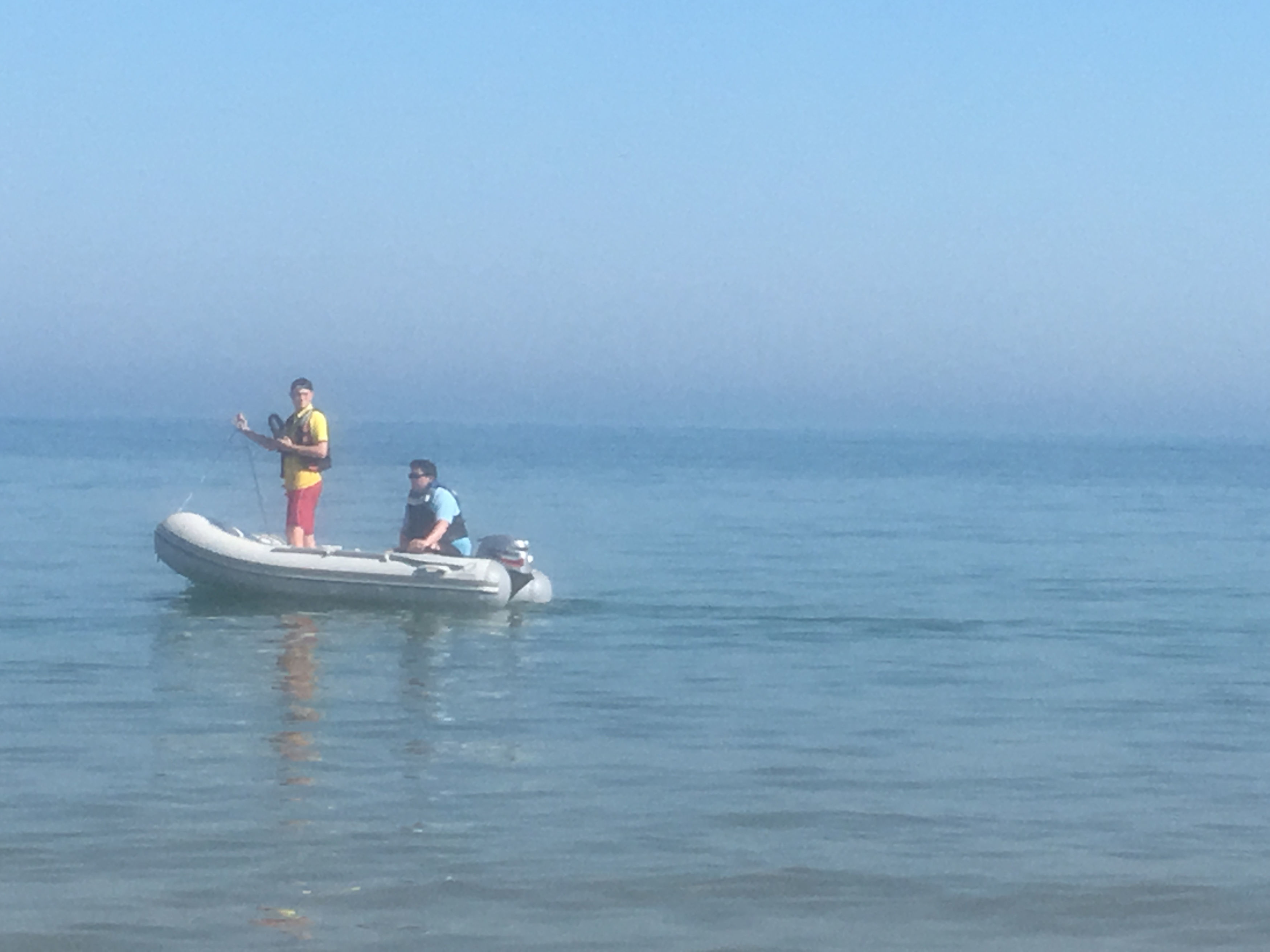