How I injected my IVF at Number 10: BBC Newsnight presenter Emma Barnett, 34, reveals she administered drugs at Downing Street while trying to have a baby

Newsnight presenter Emma Barnett has revealed she injected herself with IVF drugs in No 10 while trying to have a baby.

The 34-year-old said she had felt ‘a failure’ after struggling to get pregnant and that a part of her body was ‘a bit broken’.

The married presenter, who is also an agony aunt and radio host, now has an 18-month-old son. 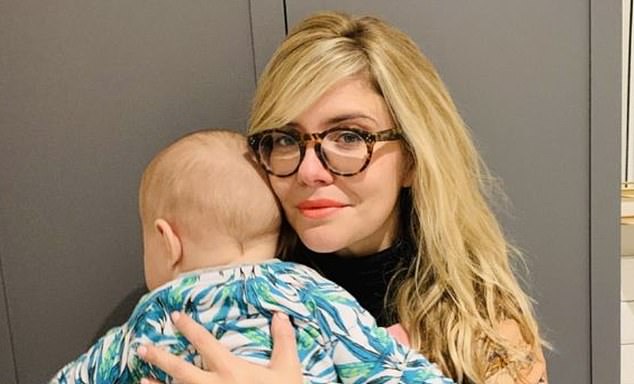 Emma Barnett, 34, said she had felt ‘a failure’ after struggling to get pregnant and that a part of her body was ‘a bit broken’. Pictured with her 18-month-old son

As part of the IVF process, women have to inject themselves with hormones in the abdomen or thigh every day for a fortnight.

Miss Barnett said she was ‘injecting herself around the country’ as she carried out interviews for work, including one with Theresa May in Downing Street in 2017.

‘I initially felt I failed at fertility. I’m a very outcome-driven person, I like to try very hard, I like to achieve,’ she told the Sarah Brett show on Radio 5 Live.

She said she started losing hope after trying ‘very hard’ to have a baby for nearly two and a half years. 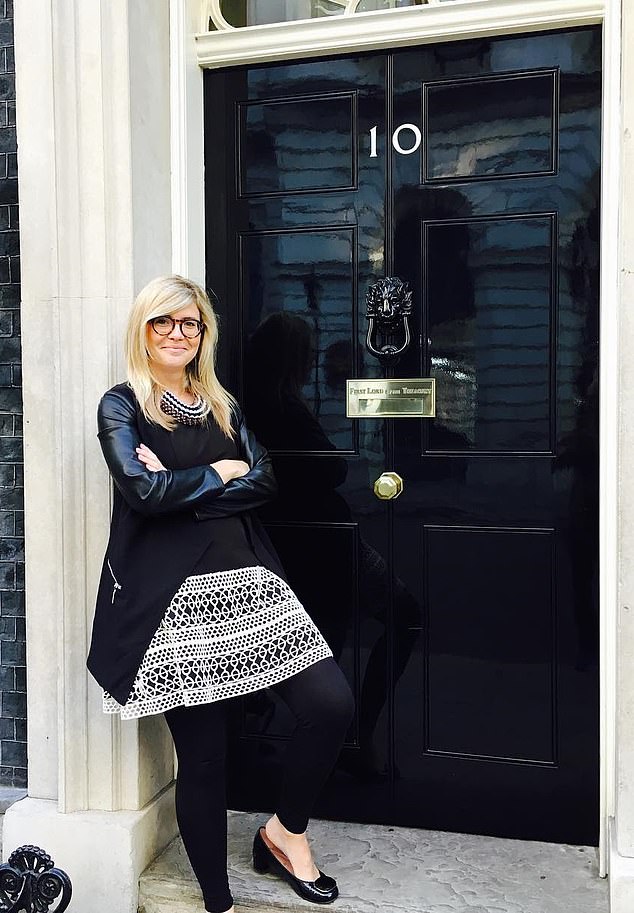 Miss Barnett said she was ‘injecting herself around the country’ as she carried out interviews for work, including one with Theresa May in Downing Street in 2017 (pictured on the day)

The broadcaster explained her struggle was aggravated by her endometriosis, a condition that can cause painful periods and infertility.

‘I didn’t want to put loads of hormones into my body,’ she said. ‘I felt I suffered a lot. Obviously I was having natural periods during this time.

‘The endometriosis was getting worse. I had an operation to help it – it didn’t help. It felt like a part of my body was broken. I was a bit broken. I couldn’t do any more, I couldn’t fight any harder.’

Women such as Miss Barnett, pictured left with her baby son, have to inject themselves daily for around a fortnight to begin the IVF cycle.

The first injection stimulates the ovaries to grow more eggs than the usual one a month.

This follicle stimulating hormone (FSH) allows doctors to select a high-quality egg to fertilise in the lab. Five days into this regime, women also start injecting a drug which stops them ovulating so eggs are not released before IVF.

The jabs can be done at any time of day as long as they are 24 hours apart. Professor Nick Macklon, of London Women’s Clinic, said: ‘Missing a day may affect the outcome of treatment.’

Miss Barnett said she was ‘pig-headed’ about her fertility options until an NHS doctor ‘with a cool grey pony-tail’ convinced her to have IVF. ‘[The doctor] said, “You’re not going to do anything stressful in the next few weeks, are you?” and a general election was called.’

Miss Barnett visited No 10 on July 13 during the 2017 election for a radio interview with Mrs May, in which the then prime minister admitted shedding a ‘little tear’ after the shock exit poll predicted she would lose her majority.

Miss Barnett said it was the last place she injected, describing the moment as ‘memorable’.

She added: ‘I can’t even put into words how grateful I am to have qualified for IVF in my area on the NHS.

‘I was treated like an absolute queen by those doctors, and I can’t imagine our lives without our son.

‘So many women and men listening to this are not in this place yet, and I salute you on that journey as it was the hardest battle I’ve been involved in.’

Miss Barnett has spoken frankly about her fertility struggles in the past. Last year she said in an interview a ‘particular low point’ in her treatment came when she injected hormones before going into a Skegness bingo hall to chat to voters, having failed to track down the then Ukip leader Paul Nuttall. Miss Barnett has not disclosed the name of her baby son.