The French Prime Minister was thanking Mr Turnbull for welcoming him to Australia to discuss co-operation between their countries when he made the slip-up.

‘I want to thank you and your delicious wife for the warm welcome,’ Mr Macron said on the lawn of Kirribilli House in Sydney. 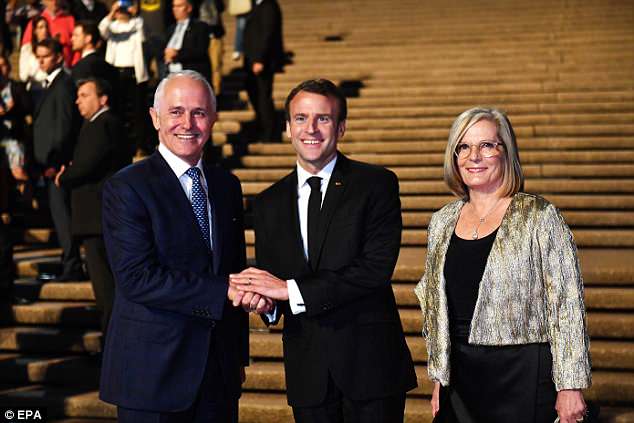 Mr Turnbull kept a straight face and replied: ‘Thank you’ before the conference continued.

Twitter users found the 40-year-old’s translation gaffe very amusing, with some wondering how his 65-year-old wife Brigitte feels about the compliment.

The prime ministers revealed they had discussed co-operation regarding terrorism and cyber security among other areas.

Mr Macron arrived in Australia Tuesday on a rare visit by a French president.

Fresh from meeting President Donald Trump in Washington, Macron touched down for the first foray Down Under by a French leader since Francois Hollande came to Brisbane for a G20 summit four years ago.

His advisers said he wanted to discuss a ‘common response’ to security and climate tensions in the South Pacific, which includes the French territories of New Caledonia and French Polynesia. 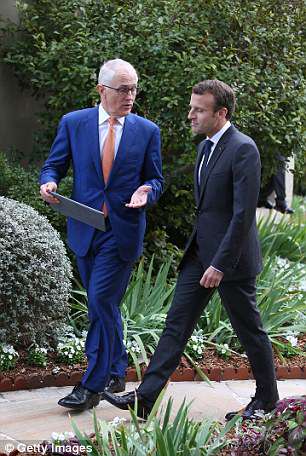 He described ties between the two countries as historic, recalling how Australian soldiers helped defend France in World War I and II.

French ambassador Christophe Penot said earlier that Paris sees Canberra as a ‘pivot’ for broader involvement in the Indo-Pacific.

‘What the president will tell your prime minister is that we are ready and willing to do much more with Australia in the South Pacific,’ he told the Australian Financial Review Tuesday.

‘We must support the South Pacific islands in their development and give them options when they want to develop infrastructure.

‘That doesn’t mean we want to oppose China on that. It is just that we want to be complementary and make sure they have all the options on the table.’

Australia has become increasingly alarmed at China’s push into the Pacific, which could potentially upset the delicate strategic balance in the region. 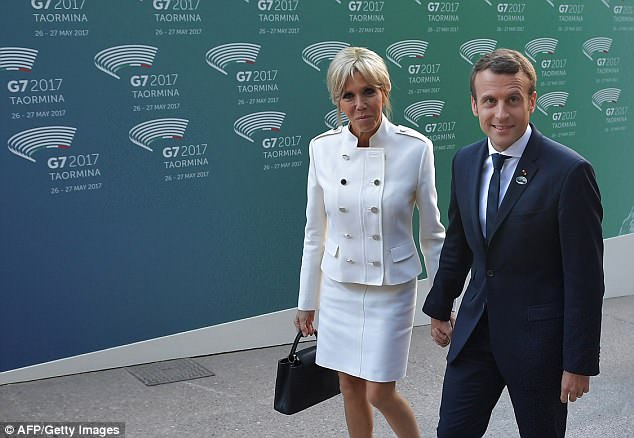 Twitter users found the 40-year-old’s translation gaffe very amusing, with some wondering how his 65-year-old wife Brigitte (pictured together) feels about the compliment 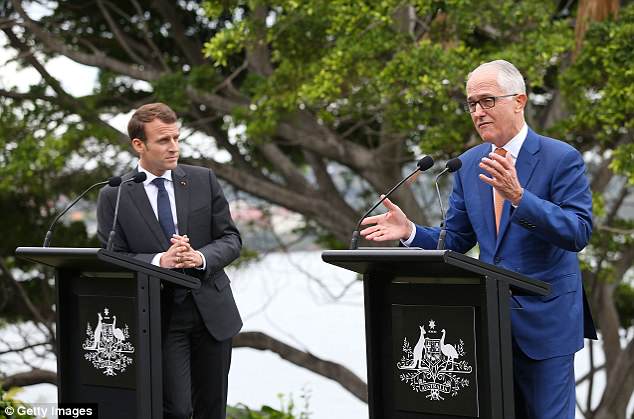 A senior Australian minister recently called Chinese infrastructure projects in the Pacific ‘white elephants’ while reports last month, that were denied, said Beijing wanted to establish a permanent military base in Vanuatu.

The French president was due to sign several cooperation agreements covering health, space, research, universities as well as defence technology, and discuss the common fight against terrorism.

France wants to strengthen its economic partnership ‘when Brexit destabilises a historic partner of Australia’, he explained in reference to Britain. 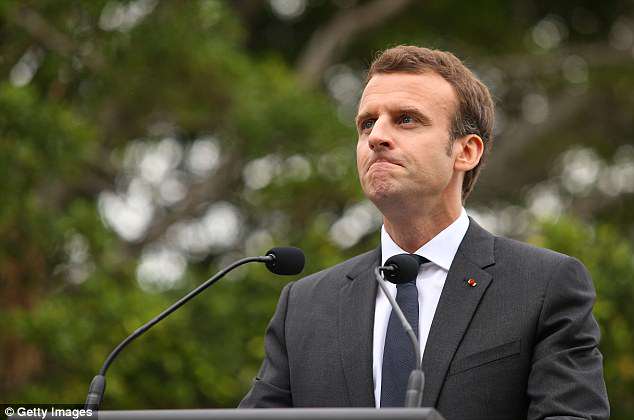