‘Europe can no longer rely on the US for security’: Emmanuel Macron pushes for greater integration between EU armies after Trump fell out with NATO

France’s Emmanuel Macron has called for greater integration between EU armies after President Trump repeatedly distanced himself from NATO.

The French President told diplomats that ‘Europe can no longer rely on the United States for its security’ as he returned from his summer break on Monday.

‘It is up to us to guarantee European security, Macron added. 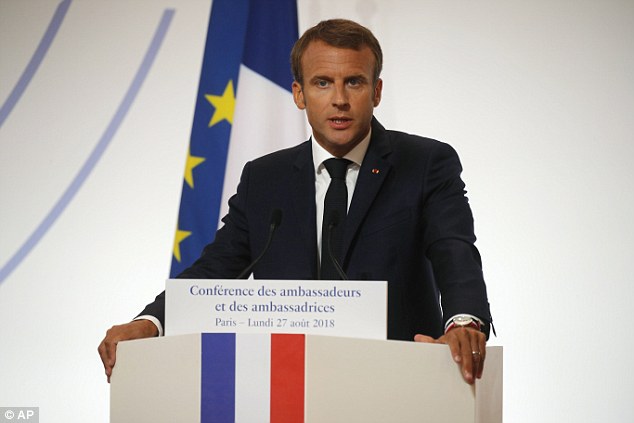 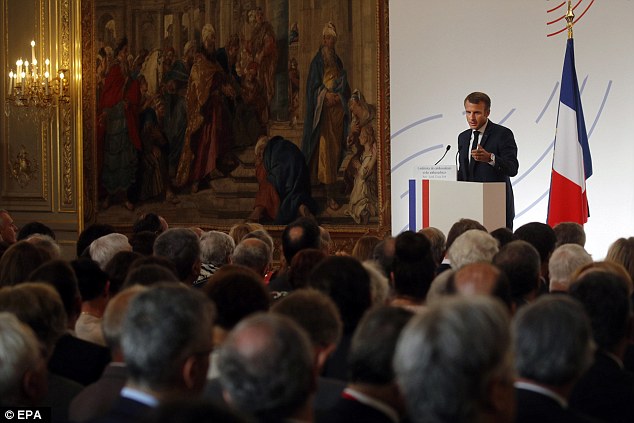 Mr Macron said making Europe self-reliant would put it on a footing with China and the US, who ‘do not think of Europe as a power with similar independence to their own’

In the coming months, Macron said he will put forward new proposals for the EU to boost defence cooperation, as well as talks with Russia on their security relationship – an issue of concern for countries on Europe’s eastern edge.

Trump has previously branded NATO ‘obsolete’, toyed with the idea of failing to ratify the mutual defence pledge which says an attack on one ally is an attack on all, and lambasted member states for failing to pay their way.

The alliance has underpinned European security since the end of the Second World War, and is seen as key to guarding Europe against an increasingly bullish Russia.

Writing in the Handelsblatt newspaper, Maas called for Europe to ‘take an equal share of the responsibility’ and ‘form a counterweight’ to Washington as Europe-US relations cool.

France and Germany have both backed the idea of a small joint European response force over the last year, and have announced plans to develop a fighter jet together.

Macron came to power last year vowing to overhaul the EU and has pushed for deep political reforms – including a separate budget for the eurozone – which have so far met with lukewarm support. 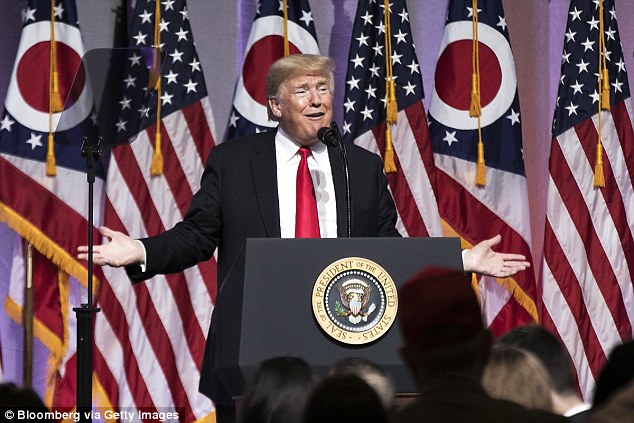 Trump has branded NATO ‘obsolete’, toyed with the idea of abandoning the mutual defence pledge, and lambasted other leaders for failing to pay their way 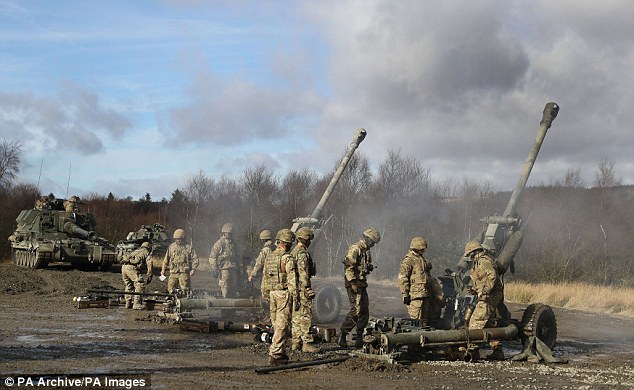 His agenda has been hit in particular by the rise of a new eurosceptic and nationalist government in Italy, as well as resistance from leaders in Poland and Hungary.

He admitted that ‘France seems sometimes to be on a solitary path’.

But Macron lashed out at the rising tide of nationalism and called for countries to heal divisions which have widened over how to tackle the ongoing influx of migrants in particular.

‘France wants a Europe which protects, even as extremism has grown stronger and nationalism has awoken,’ he said.

‘Divisions between north and south over economics, between east and west on migration, too often fracture our European Union,’ he added, urging a ‘humanist’ approach to the changes brought by globalisation.

As for the solution, he insisted his approach would be to ‘give up nothing of the ambitions set out a year ago’ when he came to office, which would mean creating a more integrated European Union with greater strategic autonomy.

‘Do China and the United States think of Europe as a power with similar independence to their own? It is not the case,’ he said.

He also took at a swipe at ruling populists in Hungary and Italy, drily noting that their anti-EU rhetoric seemed to vanish when it came to accepting economic development aid from the EU.

‘There is a clear approach of European opportunism while claiming to be nationalist,’ he said, calling out Hungary’s Viktor Orban by name.

He did, however, acknowledge that a lack of European solidarity had played a role in prompting bitter disputes in recent months with Italy over migration.

‘But does that excuse xenophobic comments?’ he added in what appeared to be a veiled jab at Italy’s far-right League.

‘I don’t think so, and I think these xenophobes bring no solutions to the problem they complain of.’

In a typically expansive overview of his foreign policy, Macron called for Europe to build ‘strategic partnerships’ with neighbours Turkey and Russia despite their differences.

Britain will also be in line for a ‘strategic partnership’ after its departure from the EU scheduled next year — but Macron warned that Brexit must not come at the cost of the unity of the rest of the EU.