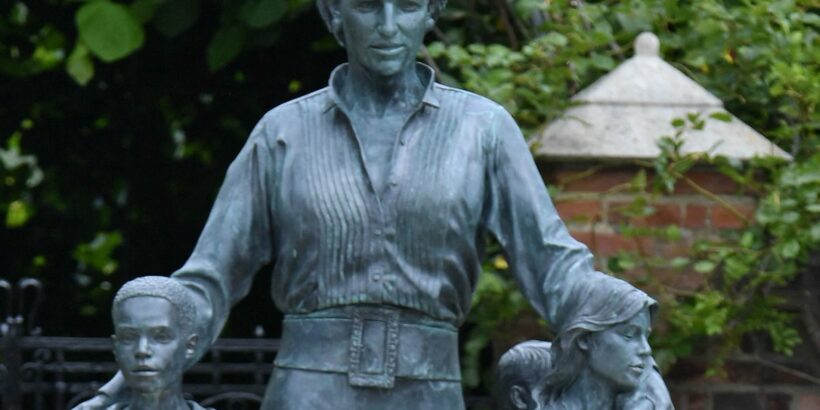 Royal fans praised a "beautiful" statue of Princess Diana after it was unveiled by her sons at Kensington Palace on Thursday.

Prince Harry stood alongside his brother Prince William as the pair reunited for the memorial event on what would have been her 60th birthday.

Kayla Adams added: "Lovely tribute to their mother, I love that it’s at Kensington Palace so it can be visited by guests and the family all the time."

@LouLouLa10 gushed: "A wonderful job in creating this sculpture. Cannot wait to visit it when back to the UK next year. Just beautiful."

The design, created by sculptor Ian Rank-Broadley, whose portrait of the Queen features on all UK coins, was kept secret ahead of the ceremony.

It has been erected in Kensington Palace's sunken garden – one of Diana's favourite places at the palace where she lived for 16 years – which has been filled with more than 4,000 flowers.

The brothers had commissioned the statue in 2017 saying they hoped it would allow visitors to reflect on the "life and legacy" of their late mother who died in 1997.

A small, intimate ceremony was held for the unveiling on Thursday.

In a statement, Prince William and Prince Harry said: "Today, on what would have been our Mother's 60th birthday, we remember her love, strength and character – qualities that made her a force for good around the world, changing countless lives for the better.

"Every day, we wish she were still with us, and our hope is that this statue will be seen forever as a symbol of her life and her legacy.

"Thank you to Ian Rank-Broadley, Pip Morrison and their teams for their outstanding work, to the friends and donors who helped make this happen, and to all those around the world who keep our mother's memory alive."

This is the first time the pair have been together since the Duke of Edinburgh's funeral in April.

Not everyone was a fan of the design though, with @kiwigirl888 tweeting: "Am I the only one who really doesn't like it? It looks nothing like her, the clothing is all wrong and it's just not what I was expecting."

Catherine's Book Choices added: "Oh God. After all the beautiful things Diana wore, she is going to be remembered in this statue for that outfit. Only a man could dress Diana up like that."