SAILORS were seen weeping with joy today as HMS Dragon returned to Portsmouth after a "record-breaking" deployment.

Crew on the Royal Navy warship were able to celebrate their successful mission with thrilled family and friends after seizing drugs worth £200million in the Middle East. 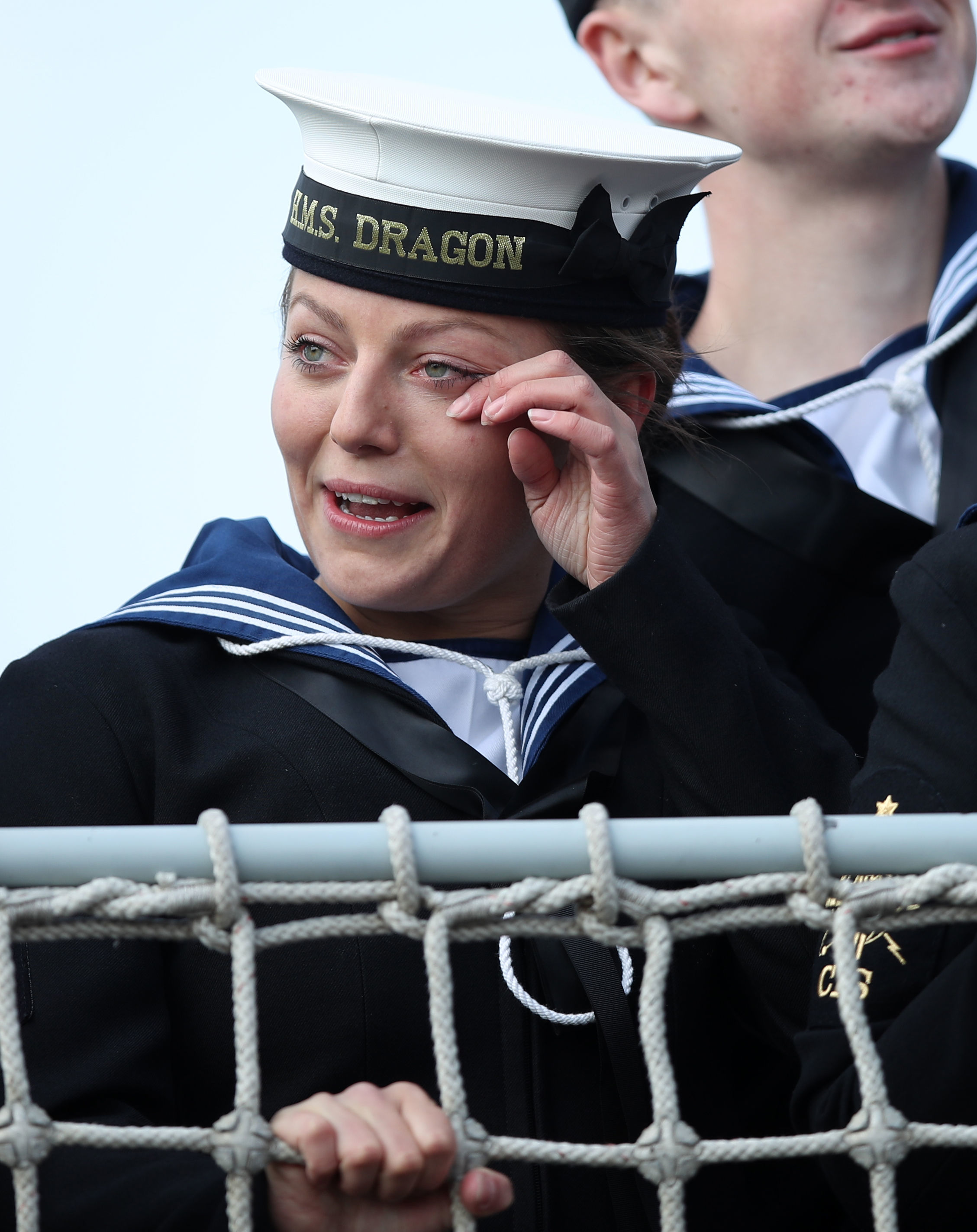 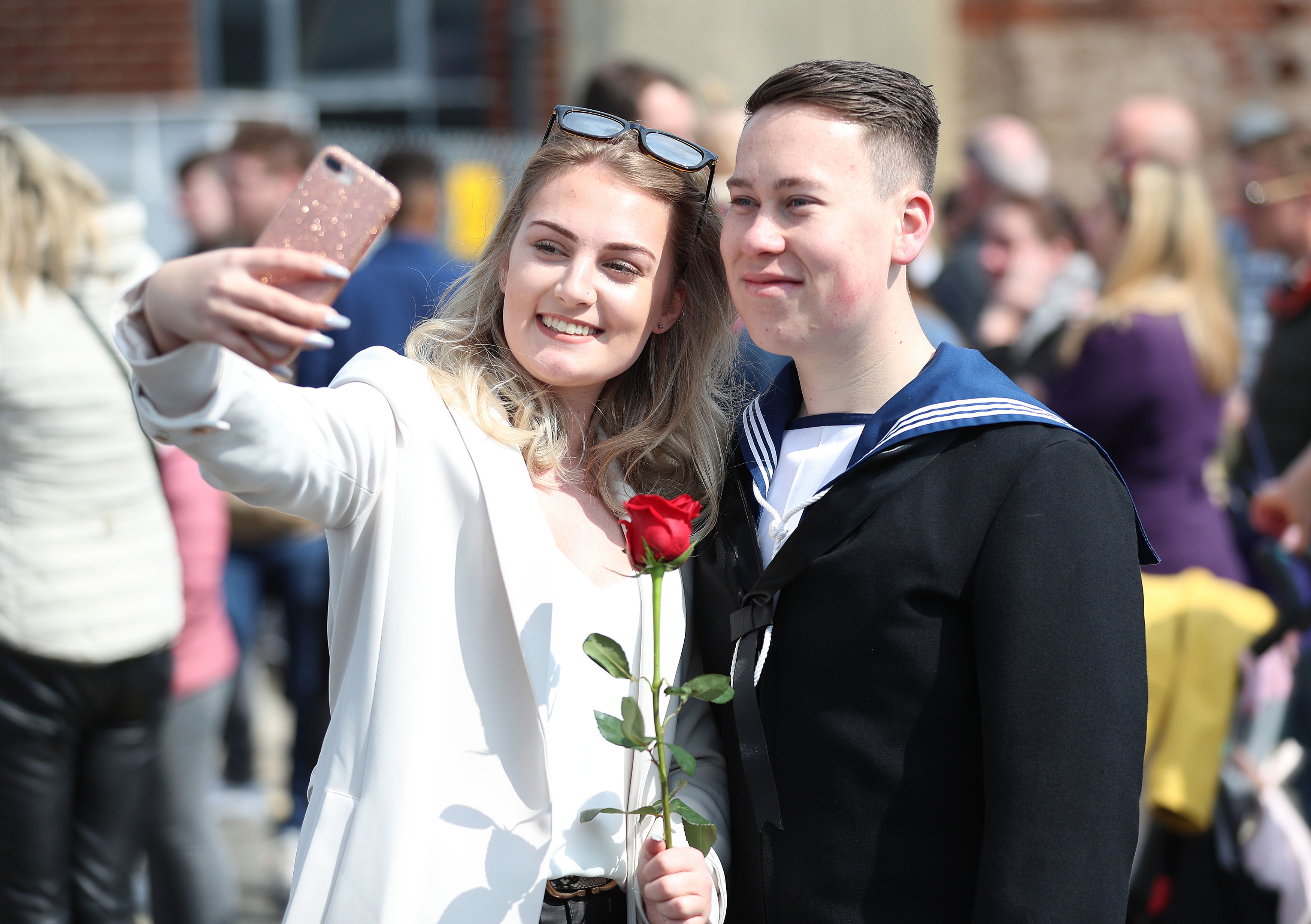 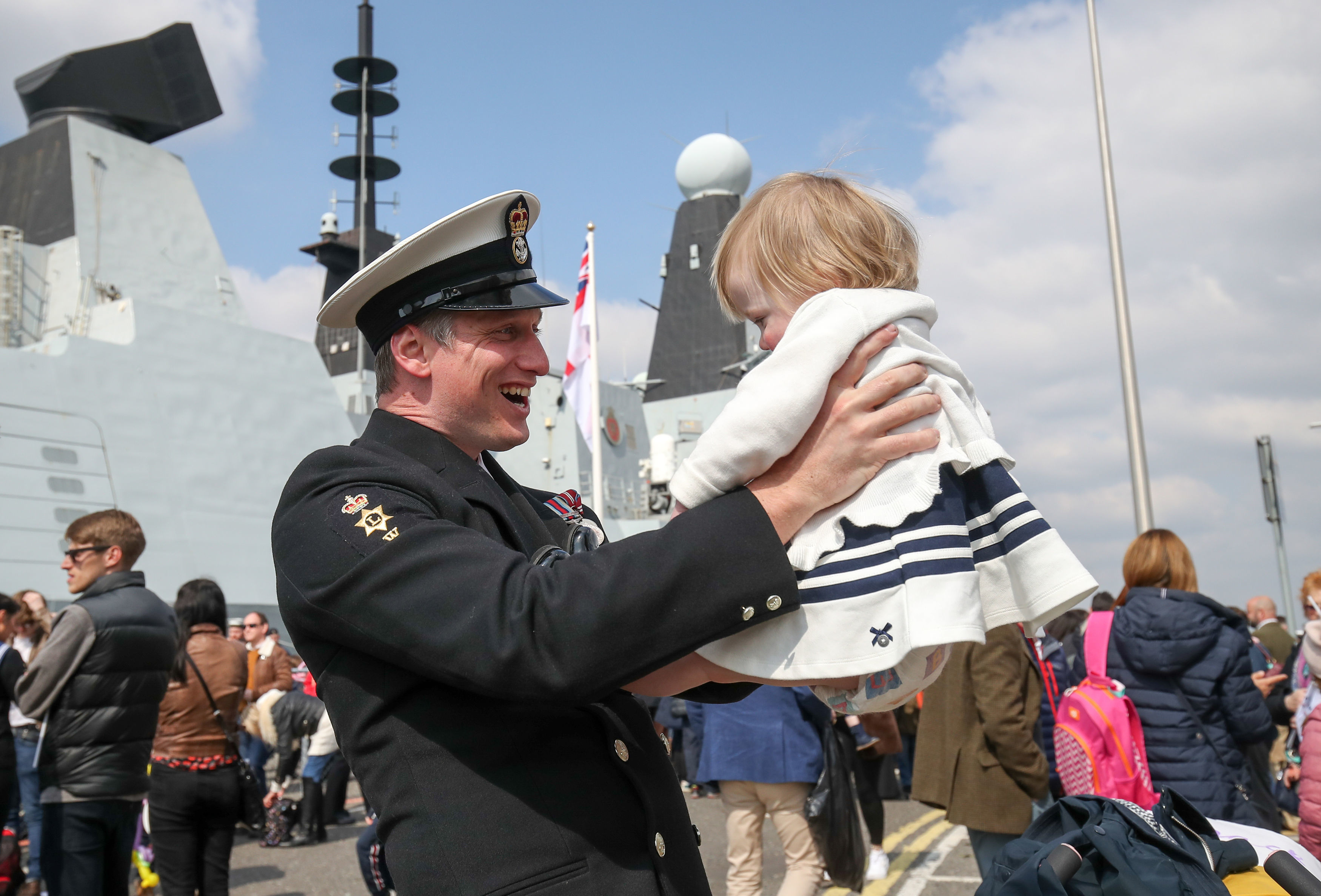 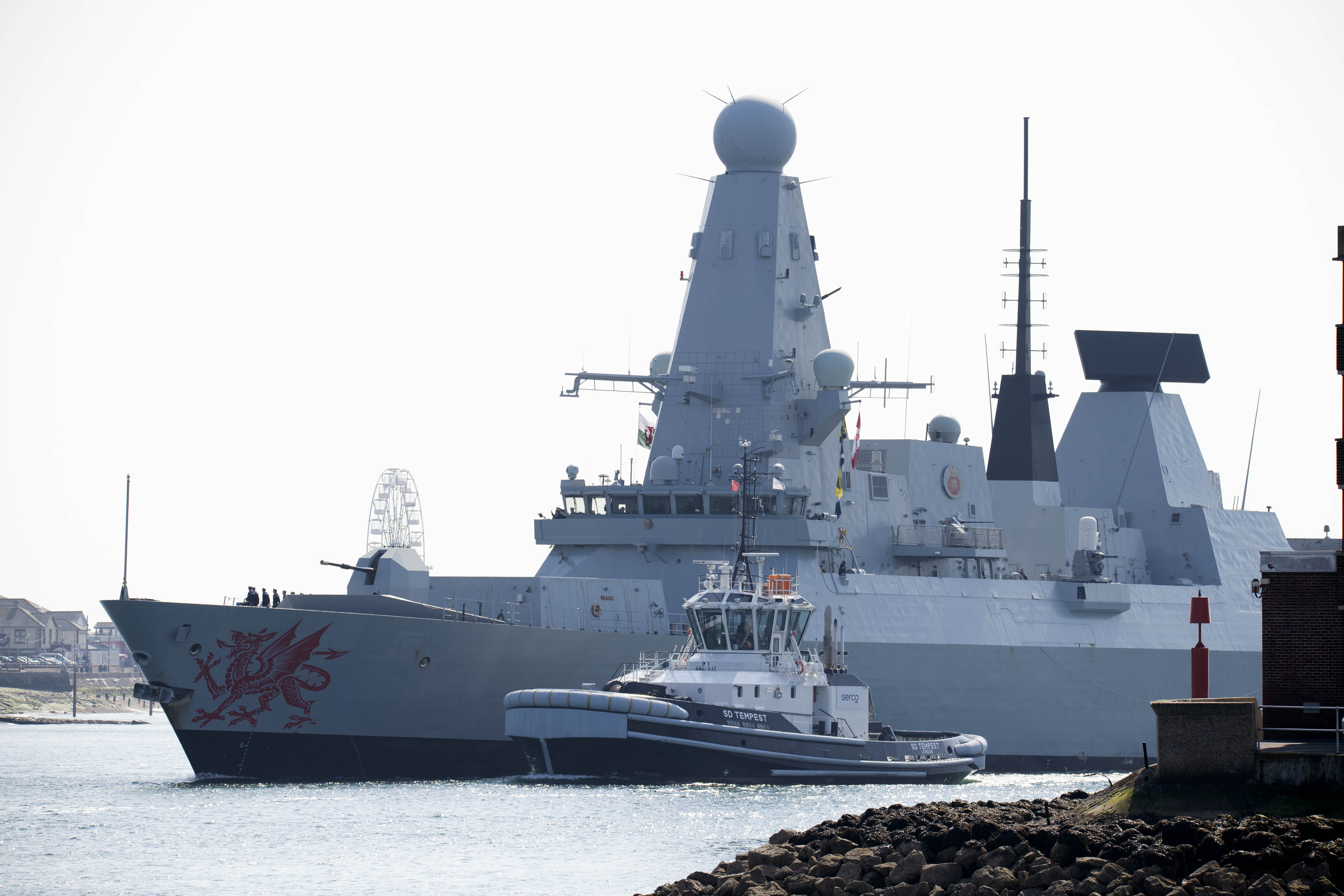 After the Type 45 destroyer arrived at its naval base, commanding officer Commander Michael Carter-Quinn praised the crew for their efforts over "a long and exceptionally busy" seven months.

"It really is great to be home," he said.

Describing the morale of the crew, he added jokingly: "I would say they are all buzzing but possibly not the right thing to say after seizing six tonnes of hashish."

Over eight successful raids the ship seized 18,400kg of narcotics – the greatest drugs haul by a Royal Naval unit in recorded history.

To mark the raids, the ship featured silhouette symbols of eight boats on the side of the bridge.

Ms Dicker, also 27, said she was left speechless by his return, adding: "It's overwhelming to have him back."

The drugs raids started with the seizure of 3,000kg of hashish in the Arabian Sea in November, followed by 500kg of heroin, hashish and crystal meth in December.

Later in December, two more hashish seizures were made in the Arabian Sea, with 49kg of heroin seized in February.

HMS Dragon will undergo routine maintenance before being deployed later this year in support of aircraft carrier HMS Queen Elizabeth. 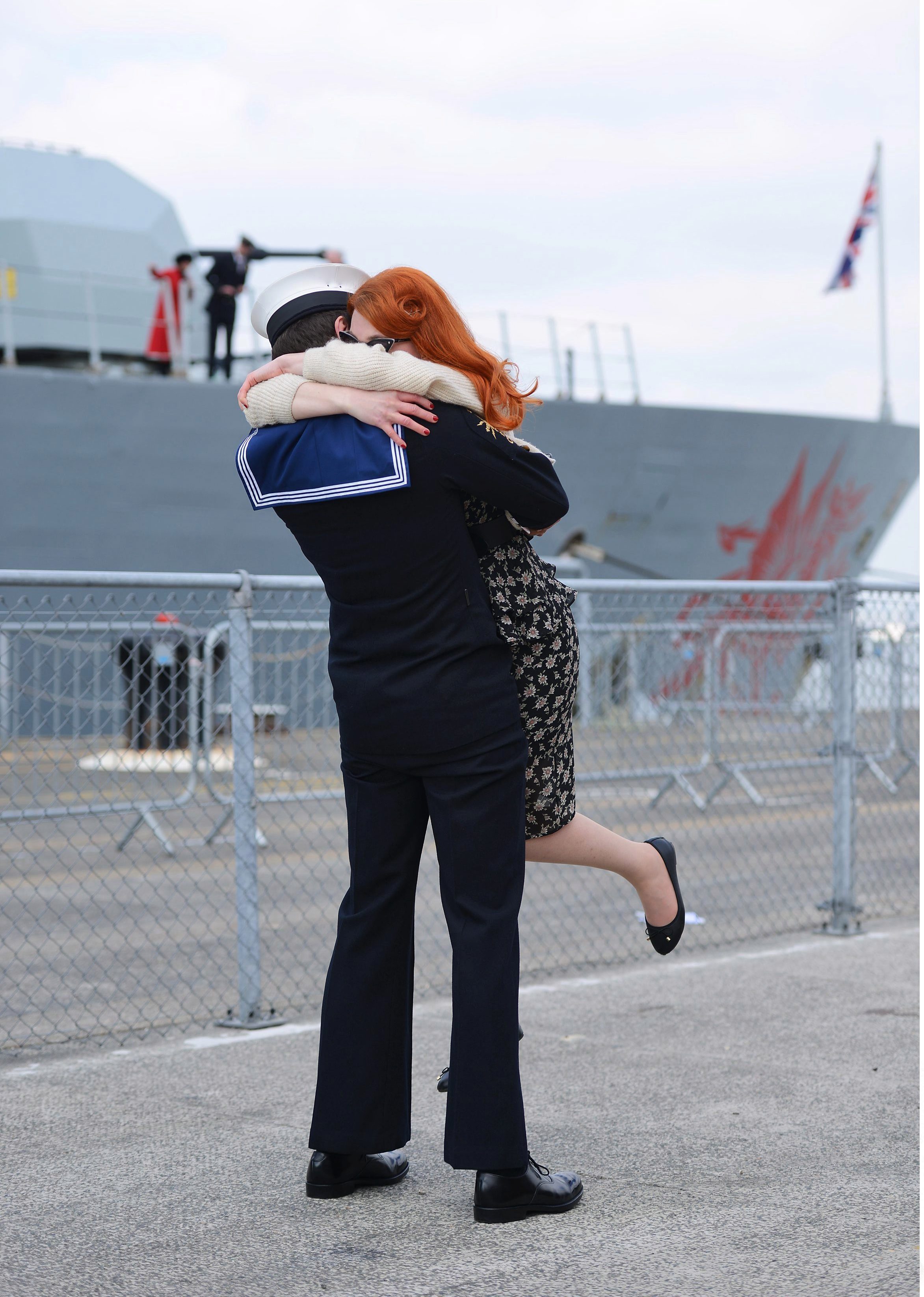 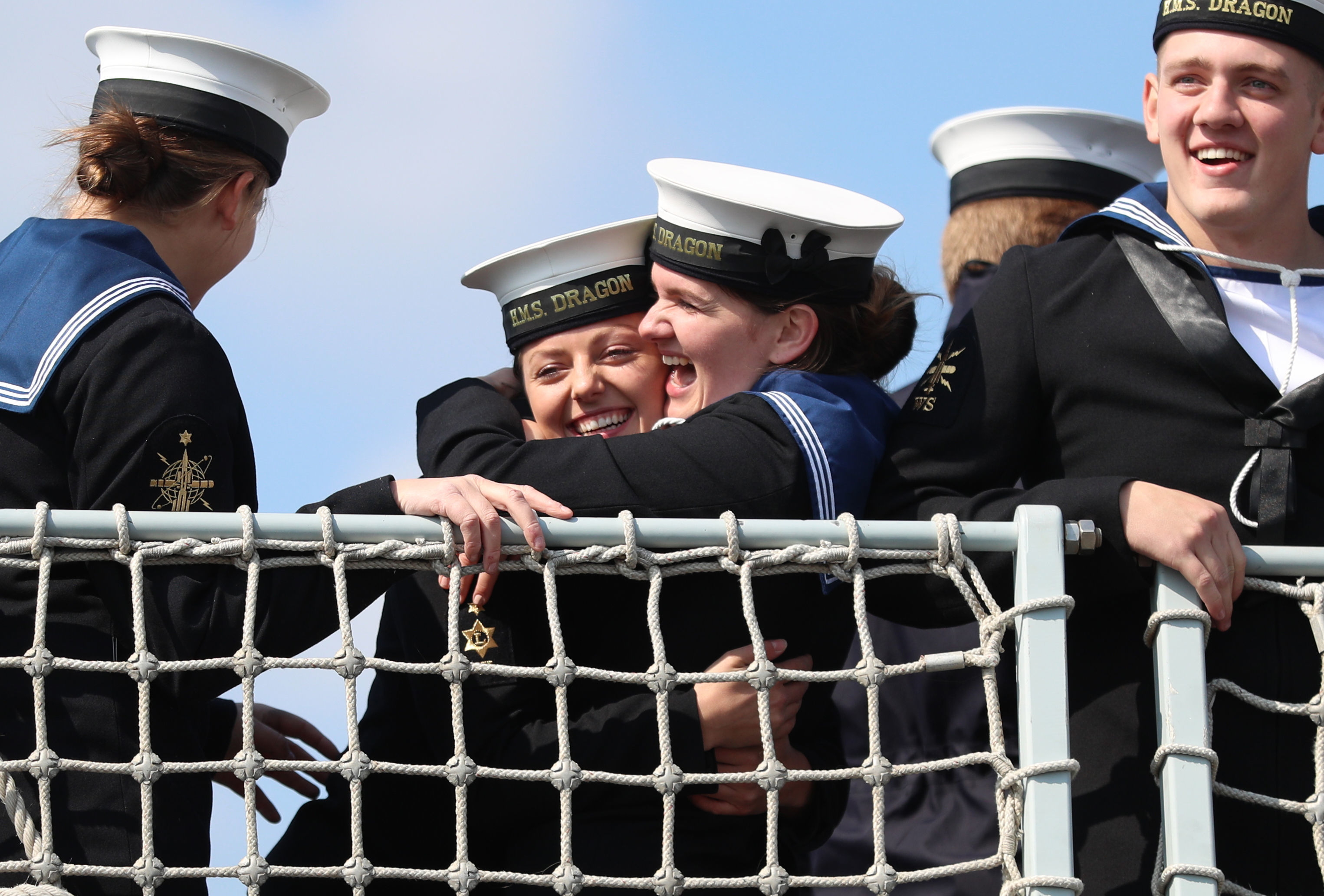 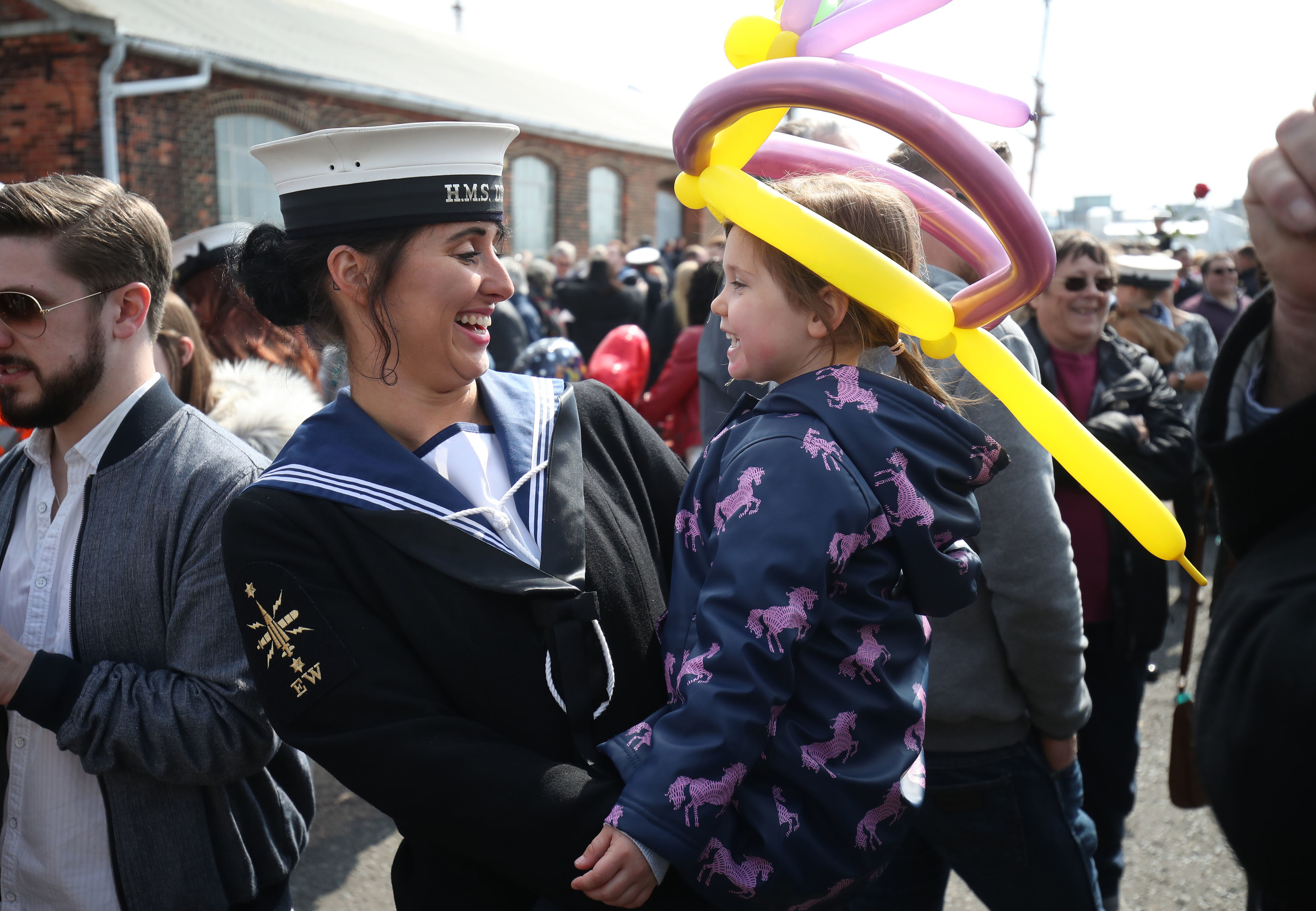 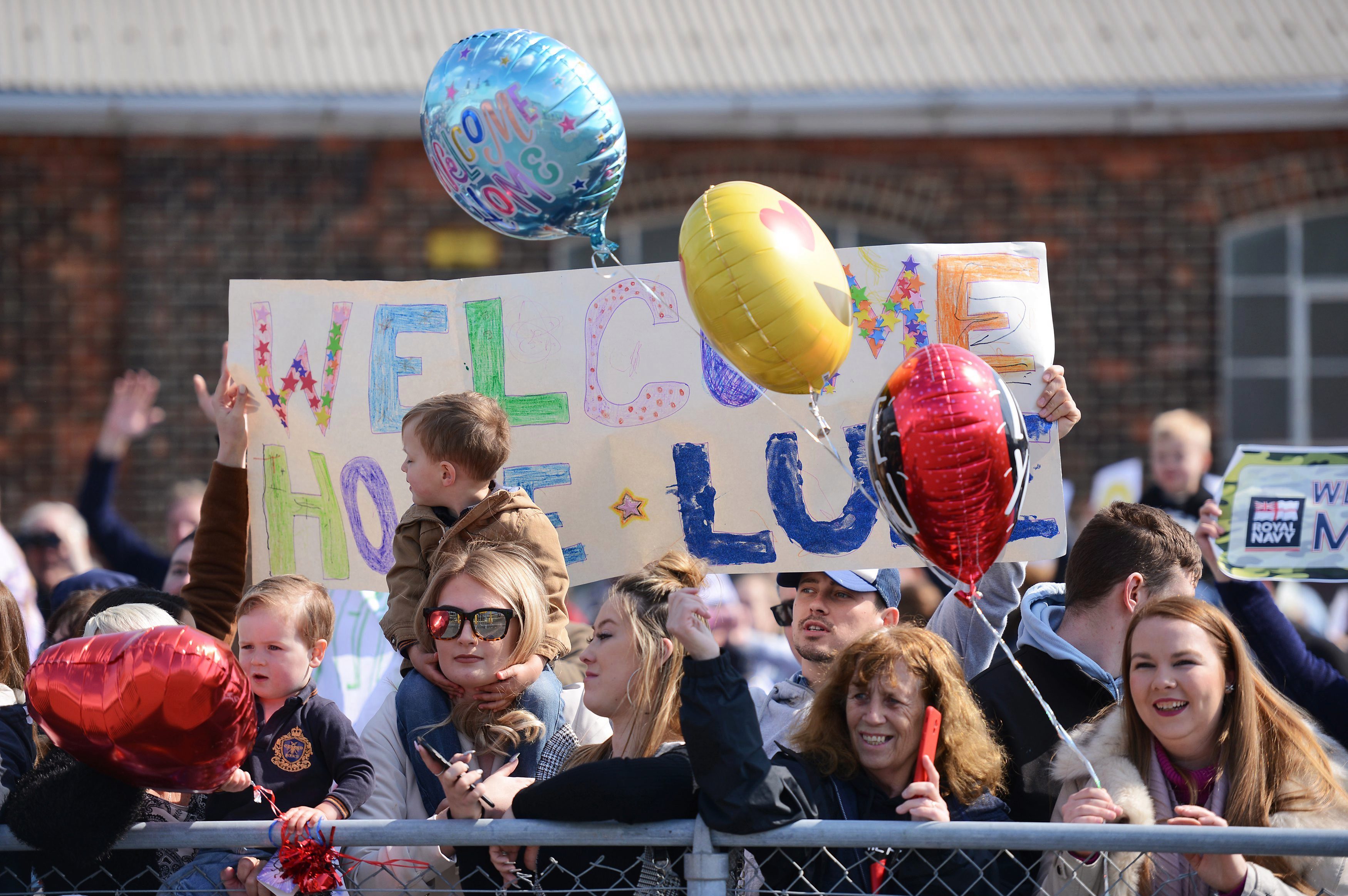 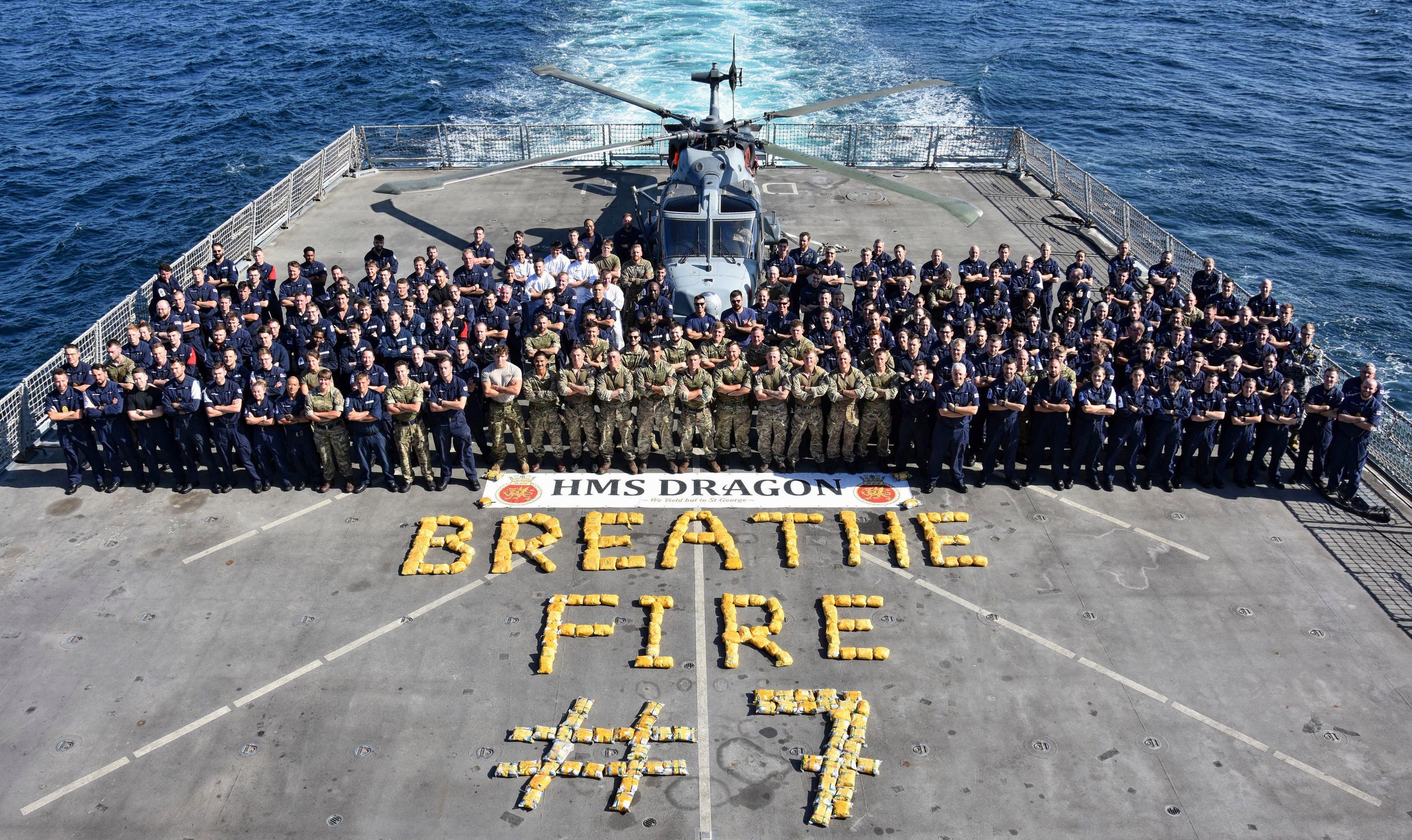