It’s the laid back approach! England shuns suits and ties in favour of casual tracksuits and trainers as they head off to Russia in search of World Cup glory

They are images which illustrate just how relaxed England are as they head to the World Cup.

In stark contrast to the stiff collar approach of past England squads where suits and ties were the requirement, Harry Kane and his band of hopeful heroes were more street cred than ever before.

Spurs star Kane, who hopes to lift the World Cup and become the first England captain to do since Bobby Moore in 1966, led his teammates to the plane for Russia this afternoon.

Kane, 24, strolled up the steps in a casual track suit with his earphones slung around his neck. 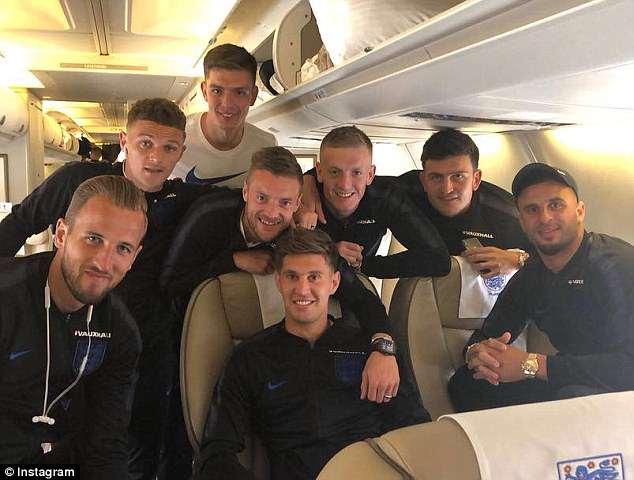 Laid back: England (including captain Harry Kane, front left) adopts a more casual look than previous world cups as they board a flight bound for Russia 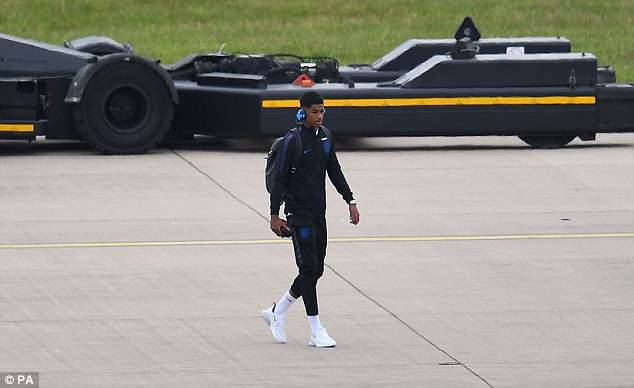 Instead of suits and ties, the team including Marcus Rashford (above) wore tracksuits and trainers for the flight from Birmingham 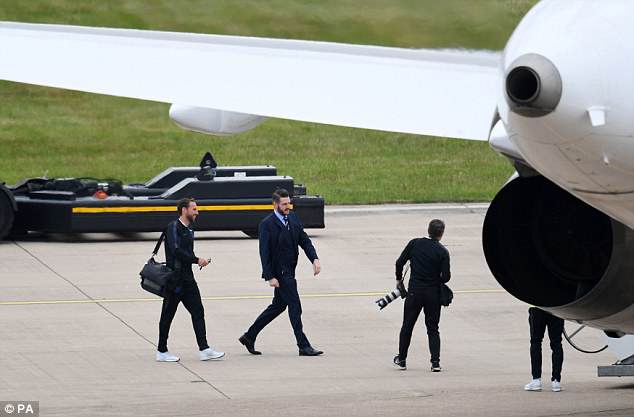 Their laid back style is part of manager Gareth Southgate’s (above) efforts to lead a more relaxed side as they carry the country’s hopes with them. 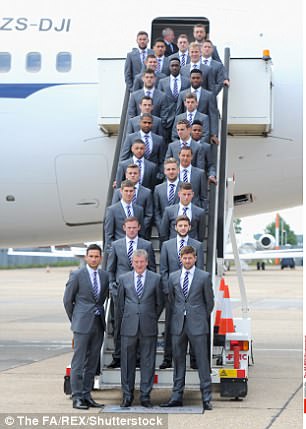 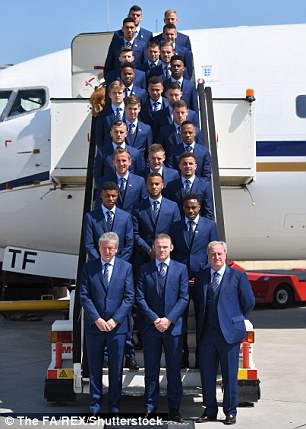 In previous years (such as Brazil 2014, above left and Euros 2016, right), the squad has adopted a far more formal look with ties, waistcoats and suits

Liverpool’s Jordan Henderson was next and was all smiles as he showed off his white England T shirt.

Jesse Lingard of Manchester United gave a thumbs up as he hauled his back pack up the stairs.

The formality of the past World Cups was also broken by Tottenham’s Danny Rose and Danny Dier who hugged as they boarded the plane.

The plane that flew England to Russia was a 737-400 hired by the FA from VIP charter jet firm Gainjet.

The plane was leaving St Petersburg immediately as Russian airport slots are crammed because of the World Cup. England will use another jet to travel within Russia to matches. 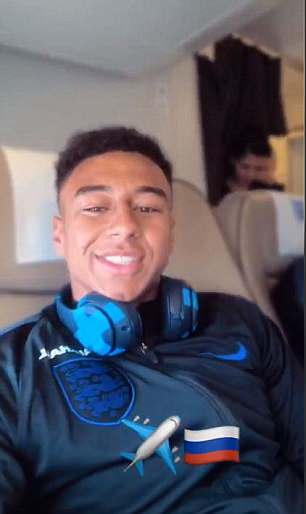 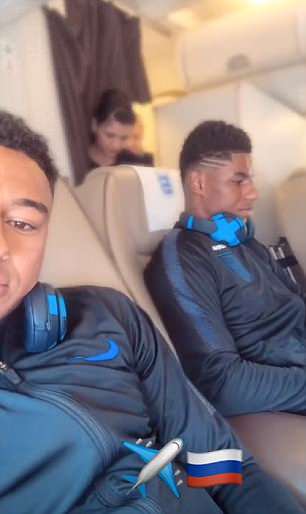 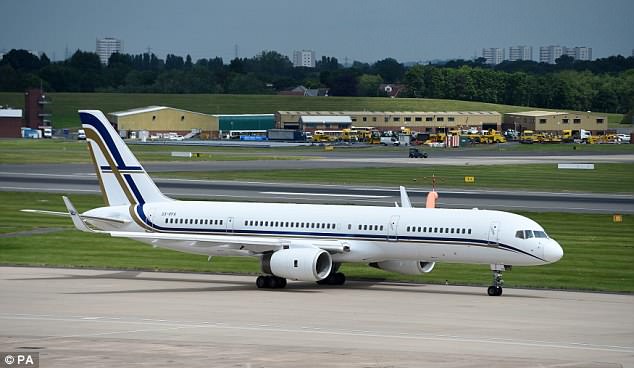 The plane that flew England to Russia was a 737-400 hired by the FA from VIP charter jet firm Gainjet. The plane was leaving St Petersburg immediately as Russian airport slots are crammed because of the World Cup. England will use another jet to travel to matches

Their laid back style is part of manager Gareth Southgate’s efforts to lead a more relaxed side as they carry the country’s hopes with them.

Earlier England had posed in their Marks and Spencer suits before they headed to the airport and several of the squad Tweeted the official photograph.

In previous years, such as Brazil 2014, and Euros 2016, the squad has warn these smarter outfits – complete with ties, waistcoats and suits – on the aircraft.

Before the team took off, England striker Jesse Lingard promised fans his team won’t be coming home early from the World Cup this year, as he packed his bags for Russia. 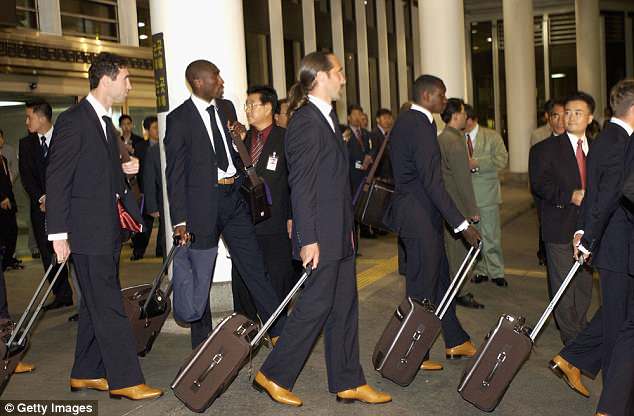 In 2002, the England team including goalkeeper Davis Seaman were seen wearing particularly striking shoes with their matching blue suits 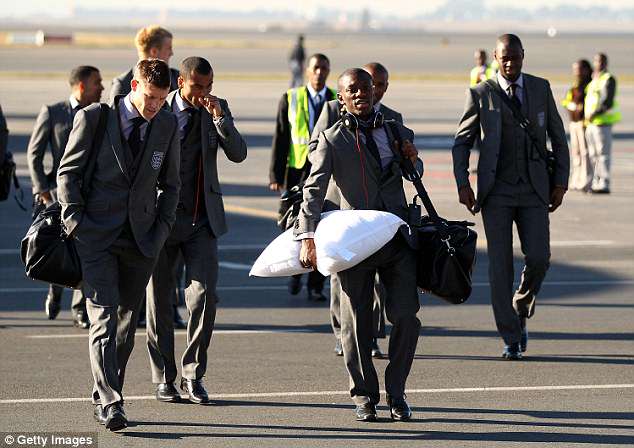 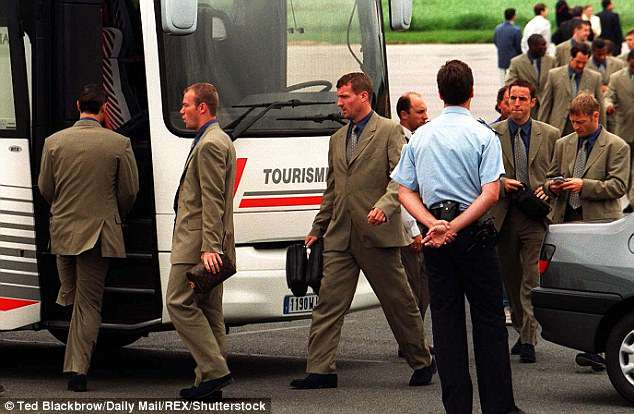 And in 1998, the team opted for a sombre brown suit as they headed to the 1998 World Cup in France

The winger, who scored eight goals for his club last season, allowed England fans a rare insight into what a top player needs in preparation to secure football’s top prize.

He’s packed his washbag, brush, hair spray, wallet, his earphones and a laptop which he describes as ‘a must.’

Despite being a star footballer, he reveals he is like any traveller when it comes to taking a trip abroad.

Some may think footballers with their massive salaries are also pampered and have bag carriers and packers, but the truth could not be more different.

He also had to pack his toothpaste, toothbrush, blister pads, boxer shorts (different colours) and aftershave and pulled on his sun glasses asking: ‘Is it hot in Russia?’

Two pairs of ‘happy socks’ were also a must he said, adding: ‘Packing for a long time…that’s how you know we’re gonna go far.’ 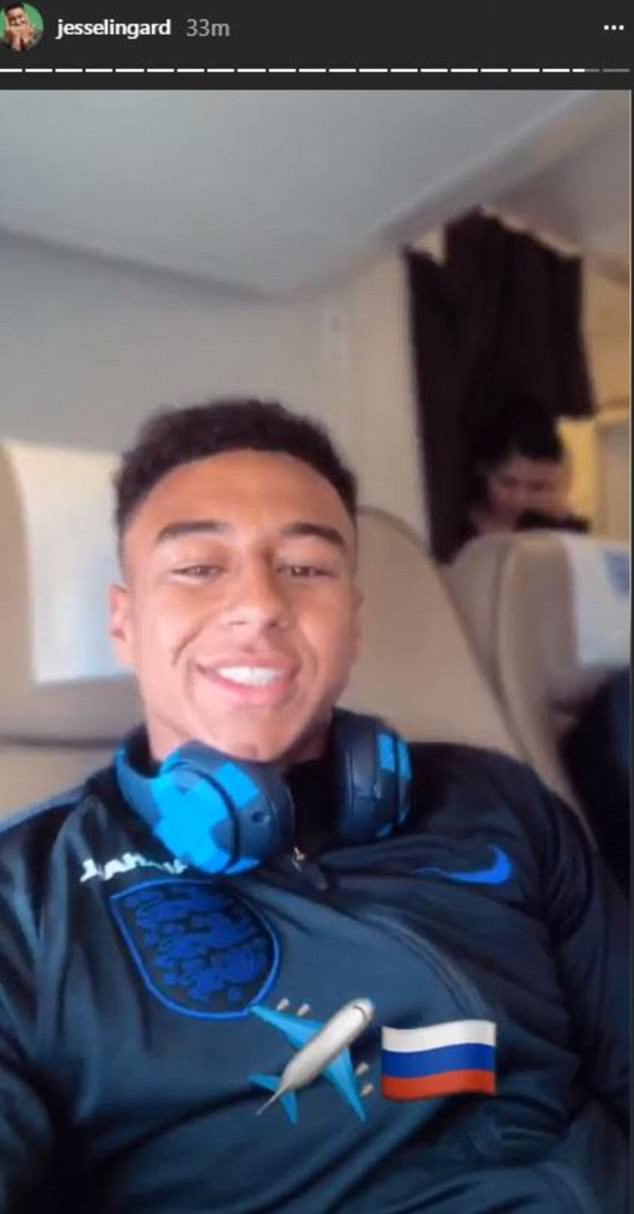 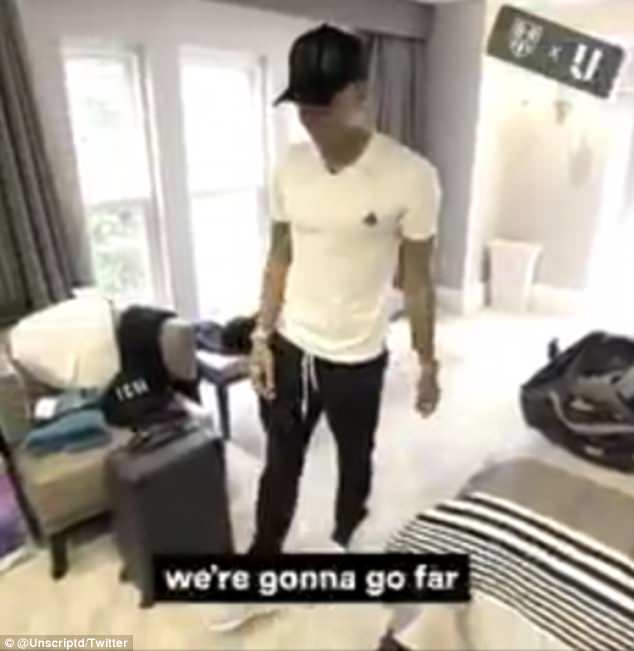 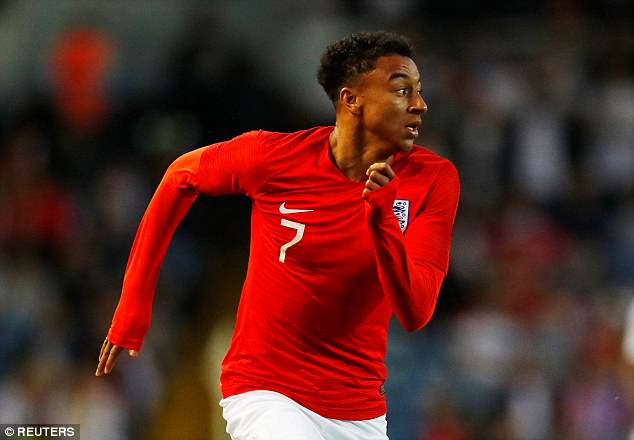 Jesse Lingard in action: The striker is en route to England’s training ground in Repino

If he and his England teammates go all the way, they will be away from home for more than five weeks.

Jesse showed his 800,000 Twitter followers that he means business as he peaked his caps, saying: ‘Done and dusted’.

The fact that England boss Gareth Southgate has allowed his 23-man squad to post freely on social media has heralded a new age of ‘glasnost’ within the national team.

In previous world cups, the players have been locked away largely from the public eye when not competing.

But last week Southgate allowed the media access to all his players with reporters ‘filling their boots’ with interviews and personal insights from the players.

One seasoned World Cup watcher said: ‘It’s great that Southgate is treating his players like the adults that they are and trusting them. You can see it has helped install confidence in the team.’

England play their first World Cup match next Monday against Tunisia in Volgograd.