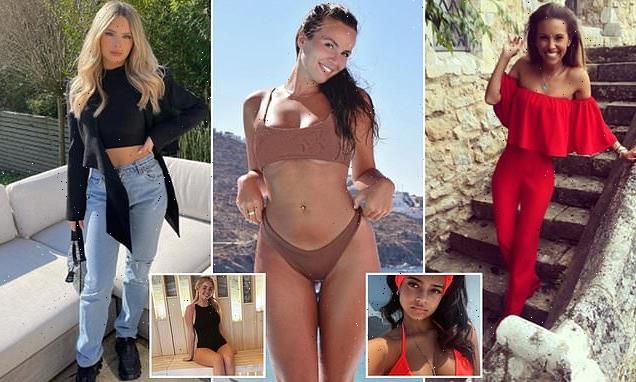 The families of England players will be banned from visiting the team hotel during the Euros due to Covid protocols.

England manager Gareth Southgate has revealed UEFA has implemented strict regulations which must be followed by teams throughout the championship in order to keep the competition Covid-secure.

Euro 2020 is set to get underway in June after being postponed last year due to the global coronavirus pandemic.

The competition will see matches take place in 11 different countries around the world with the semi-final and final being hosted at Wembley Stadium.

Southgate said: ‘We’re not going to be able to let people in.

‘There’s a clear edict from Uefa on what the bubbles need to look like to be as secure as we can make them. 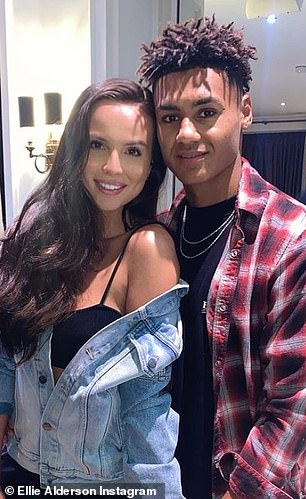 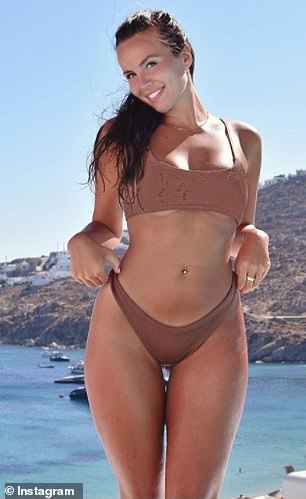 The families of England players will be banned from visiting the team hotel during the Euros due to Covid protocols. Pictured: Aston Villa ace Ollie Watkins with girlfriend Ellie Alderson

The families of England players will be banned from visiting the team hotel during the Euros due to Covid protocols. Pictured: Defender Harry Maguire and fiancée Fern Hawkins

England’s Mason Mount got the call up to the England squad and is expected to go to the Euros and girlfriend model Chloe Wealleans-Watts, 21, is sure to bring some glamour to pitchside 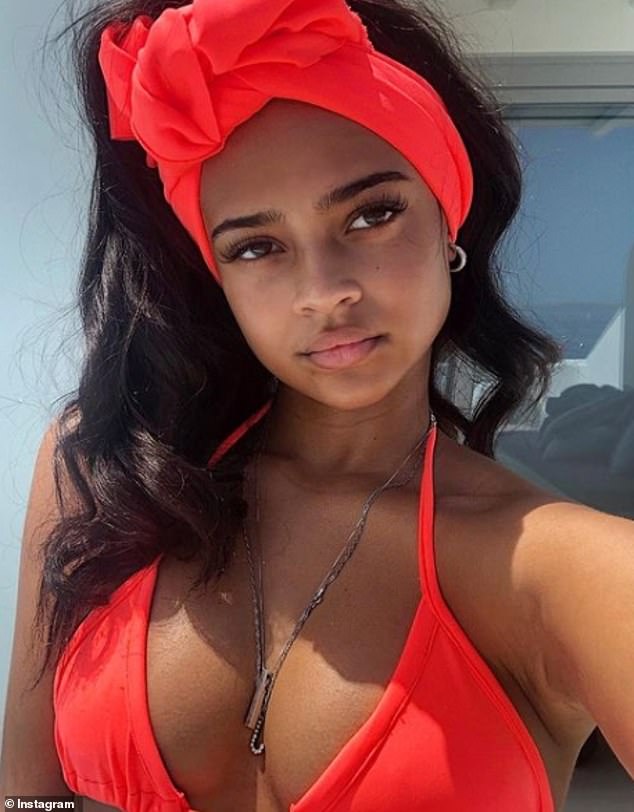 Gorgeous Chloe, the girlfriend of Mason Mount, is sure to bring some glamour to the Euros 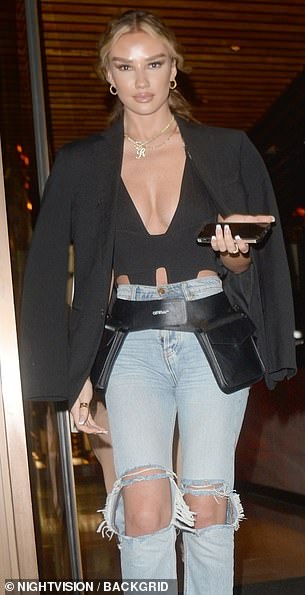 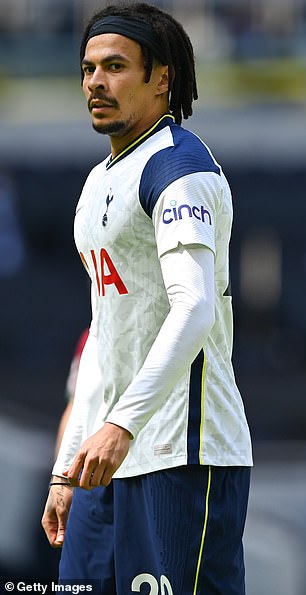 ‘It’s never going to be 100 per cent failsafe but we’ve got to comply with as much as we can.

‘We’re hoping that we might at some point be able to let the players have a little bit of time at home.

‘But that’s constantly being assessed. It’d be a preference for us if we can.

‘But of course, we’ve got to monitor not only our own situations, but where we are as a country, what are the variants, what the government guidelines are. 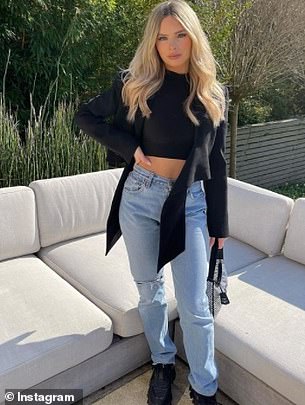 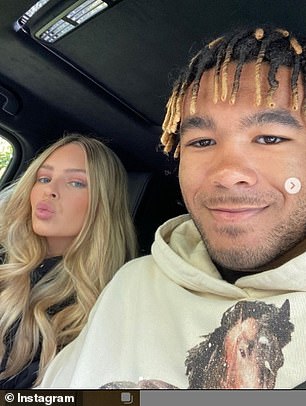 Mia McClenaghan has just finished her Law Degree at Royal Holloway University, meaning she and Chelsea right-back Reece James, 21, had double the cause for celebration yesterday 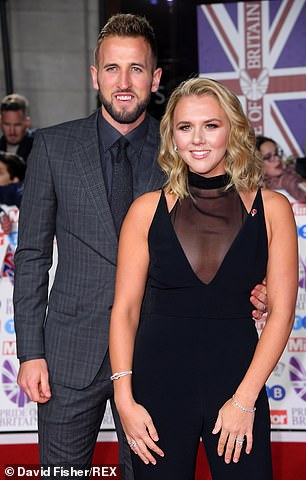 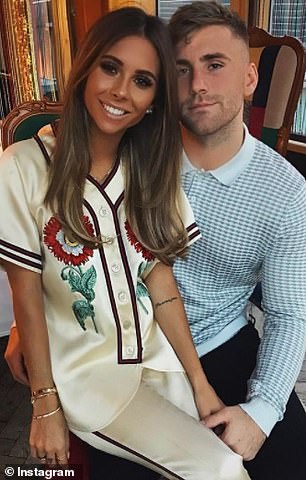 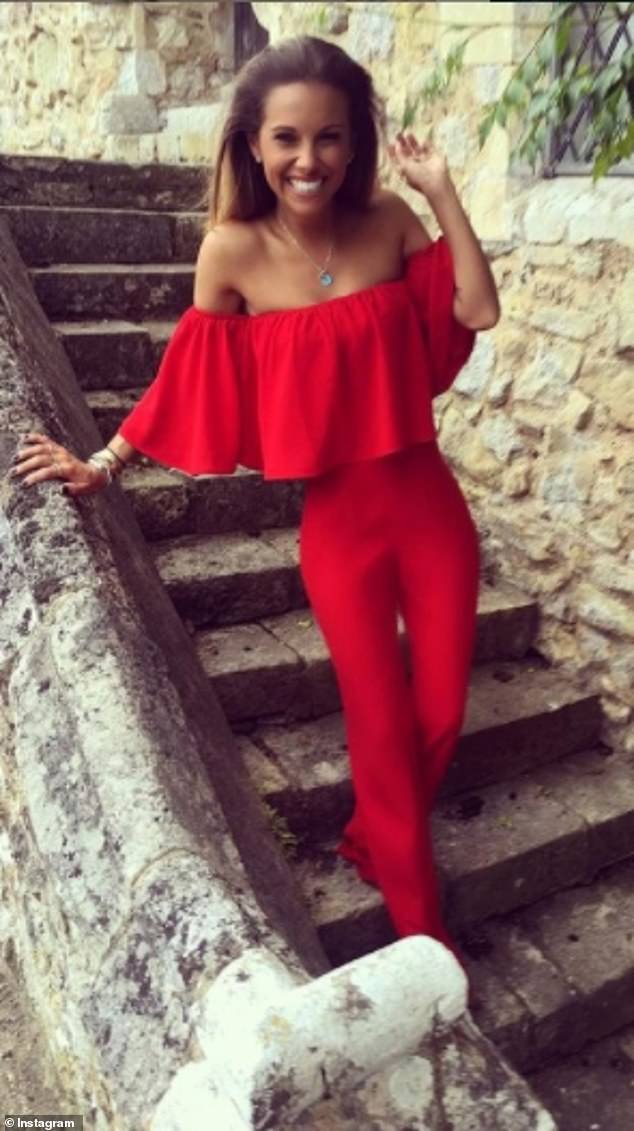 ‘That’s we hope to do that and we’re working towards that, but it is going to be limited access which we have to accept is going to be harder for some players to cope with than for others.

‘You know everybody’s going to react to that and respond to that differently.’

Yesterday, England named a provisional 33-man squad for the delayed tournament, with seven players to miss out in the cut to a final 26.

The Three Lions boss has opted for a squad of 33 for now, while players compete in European finals for Manchester United, Manchester City and Chelsea.

He will have to cut it down by seven players to 26 by June 1 and the odds are still against Alexander-Arnold being included.

Southgate has four right-backs in his team of 33 with Alexander Arnold, Kieran Tripper, Kyle Walker and Reece James all involved. 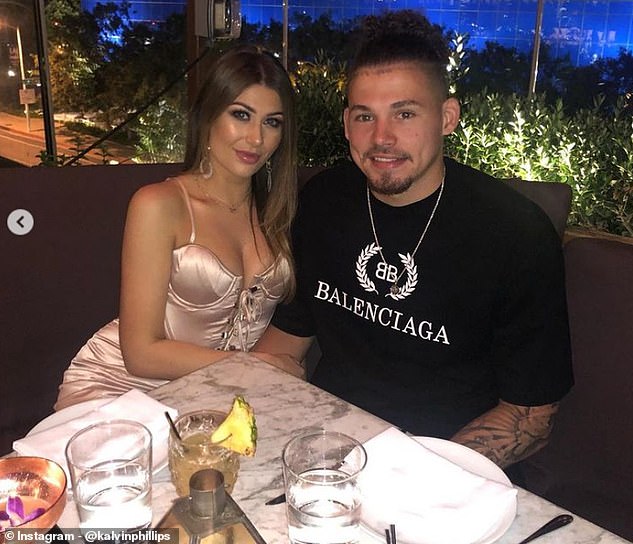 When Leeds won promotion to the Premier League, Ashleigh Behan (pictured with Kalvin Phillips) wrote on social media: ‘The best night celebrating with my CHAMPION!!! What a team’ 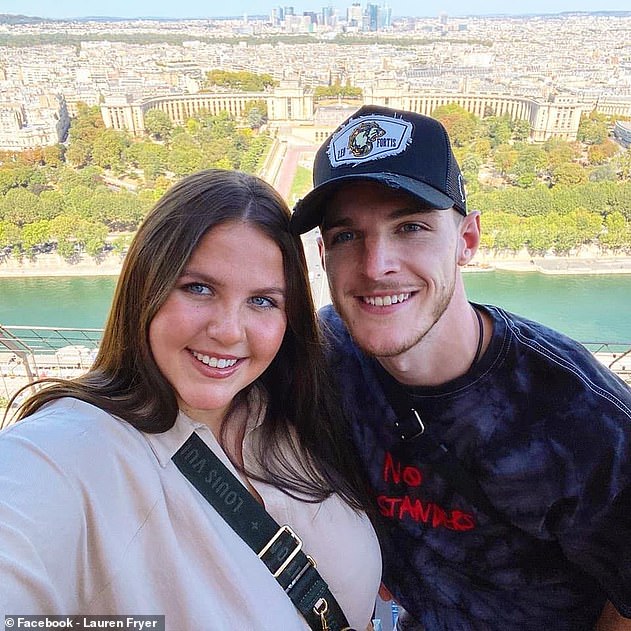 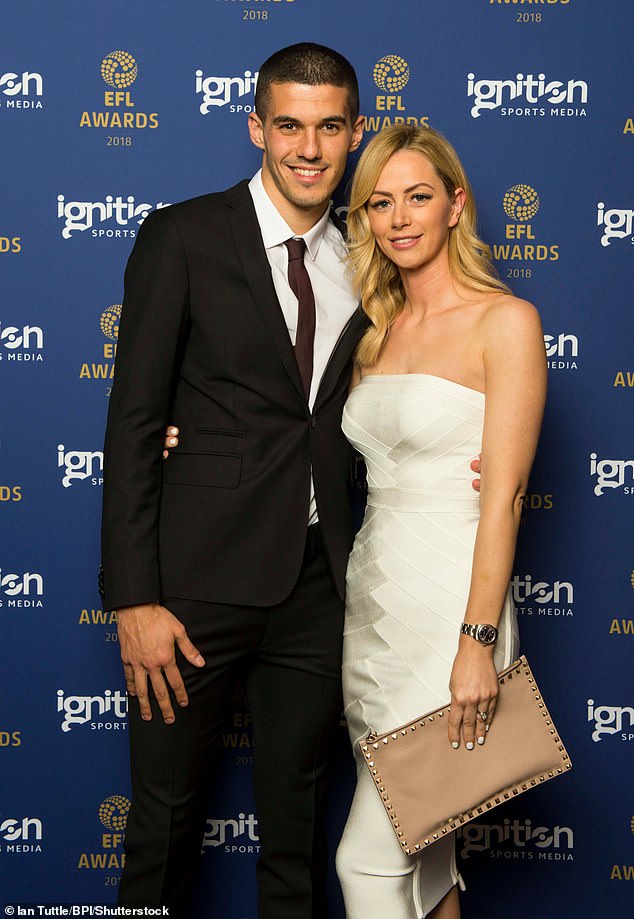 Wolverhampton Wanderers centre-back Conor Coady, 28, who has four caps and one goal for England is married to Amie Coady, with whom he shares three sons – Henri, Freddie and Louie

Elsewhere, there is a gluttony of thrilling attacking options at Southgate’s disposal as he plots a route to what would be England’s first international triumph since the 1966 World Cup.

Mason Mount, Jack Grealish and Phil Foden would have perhaps at best been on the fringes of the England fold 12 months ago but they have benefited after the Covid-19 pandemic forced a 12-month delay to the European Championship.

The trio will now all be vying for a starting berth under Southgate when the tournament for England begins on June 13 against Croatia at Wembley.

Raheem Sterling and Jadon Sancho would have seemed nailed on starters last summer but now face intensifying competition to begin that match next month.

Liverpool and Manchester United’s captains Jordan Henderson and Harry Maguire make the squad but questions remain about the overall fitness of two of Southgate’s key men.

Uncapped Brighton defender Ben White, meanwhile, is a surprise call-up but has impressed for the Seagulls this season and is comfortable in a three-man defence.

Everton’s Ben Godfrey has also been included – Southgate is without a host of key defenders during the opening phase of his training camp due to involvement in this week’s European finals, opening the door to White and Godfrey.

Eric Dier is a surprise omission as Southgate has picked him regularly before, while there is no place for Everton’s Michael Keane.