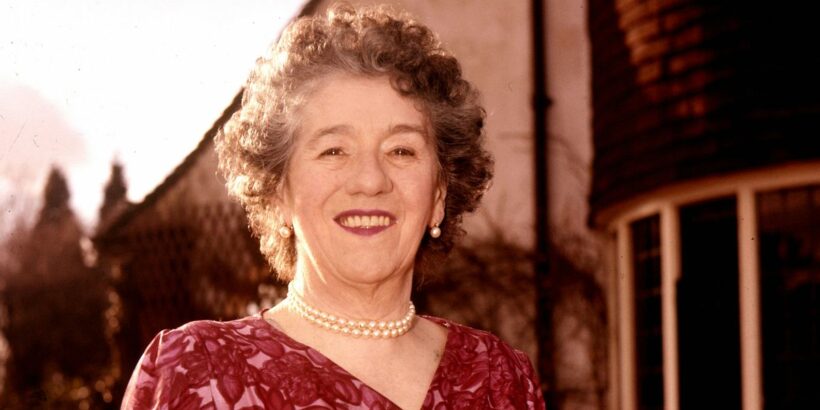 The late writer – who has sold more than 600 million books translated into 90 languages – has been reappraised in the culture charity’s review of London plaques launched after the Black Lives Matter protests.

Under the heading racism in Blyton’s work, the charity highlights criticism of her book The Little Black Doll because lead character Sambo is only accepted by his owner once his ugly black face is washed clean "by rain".

The charity states publisher Macmillan refused to publish one of her books because it displayed a "faint but unattractive touch of old-fashioned xenophobia" as the thieves were foreigners.

Its website reads: "Blyton’s work has been criticised during her lifetime and after for its racism, xenophobia, and lack of literary merit.

"In 2016 Blyton was rejected by the Royal Mint for commemoration on a 50p coin because, the advisory committee minutes record, she was a racist, sexist, homophobe and not a very well-regarded writer."

The author, who died in 1968 aged 71, was honoured with a blue plaque in 1997 on Hook Road in Chessington, southwest London, where she began writing while working as a governess.

Most of her 700 publications were produced before 1960 and some features have been edited out of modern editions.

English Heritage has updated its website and blue plaque app to reflect the debate surrounding her legacy.

But it adds: "Others have argued that while these charges can’t be dismissed her work still played a vital role in encouraging a generation of children to read."

The charity said its priority was to add more information about those "whose actions are contested or seen today as negative".

Blyton fans slammed the website update saying important historical figures are under attack from rabble-rousers "who want to denigrate British history and its figures".

Members of the Enid Blyton Society said the author’s critics failed to read her stories "in the context of the time her books were written" and she would have written them differently if living today.

One wrote: "The hateful PC brigade is the reason Enid Blyton’s books have had to be altered, name changed, and even stopped from being published. Apparently, they’re 'offensive'.

"Well I find changing them offensive, far more so, but nobody cares about that."

"Better the plaque come down than stand as a perpetual insult."

Another said: "Can no one stop these people? Surely people must fight back against this cancer called wokeness in our society!"

A third added: "In 50 years time people will still be reading Enid Blyton’s books and the Wokes, well, they will be where they belong in the landfill with all the other rubbish."

"What a bunch of Noddys," said another.

An English Heritage spokesman said: "We can fit about 19 words on each plaque.

"Our website provides a fuller picture of the person’s life including any uncomfortable aspects.

"We’ll continue to update our website so that the story behind each plaque – and each person – is told in full."