ZURICH (Reuters) – Turkish President Tayyip Erdogan should be investigated and indicted for war crimes over his country’s military offensive in Syria, former prosecutor and U.N. investigator Carla del Ponte said in an interview published on Saturday. 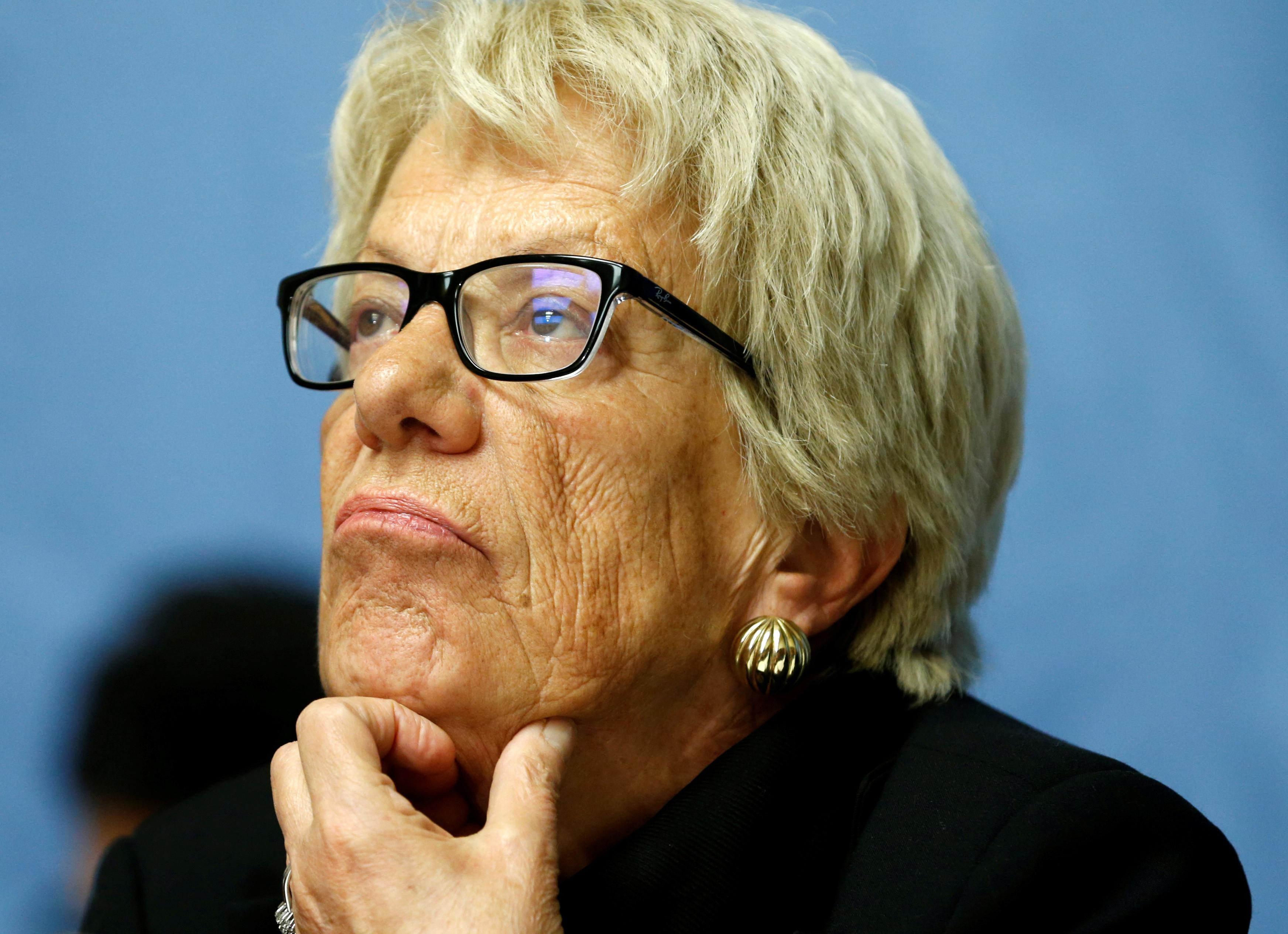 Del Ponte, a former member of the U.N. Commission of Inquiry on Syria, said Turkey’s intervention had broken international law and had reignited the conflict in Syria.

Ankara says its incursion – launched after U.S. troops withdrew from the Syrian-Turkish border area – solely targeted the Kurdish YPG militia, which it regards as terrorists linked to Kurdish insurgents operating in southeast Turkey.

“For Erdogan to be able to invade Syrian territory to destroy the Kurds is unbelievable,” said del Ponte, a former Swiss attorney general who prosecuted war crimes in Rwanda and former Yugoslavia.

“An investigation should be opened into him and he should be charged with war crimes. He should not be allowed to get away with this scot free,” she told the Swiss newspaper Schweiz am Wochenende in an interview.

Ankara halted its military offensive last week under a U.S.-brokered ceasefire. Erdogan then negotiated an accord with Russian President Vladimir Putin whereby Syrian border guards and Russian military police began clearing the YPG from within 30 km (19 miles) of the Syrian-Turkish frontier.

From Tuesday Russian and Turkish forces will start to patrol a narrower, 10-km strip of land in northeast Syria where U.S. troops had been deployed for years alongside their former Kurdish allies.

Turkey’s NATO allies, including the United States, have criticized its military incursion in northeast Syria, fearing it will undermine the fight against Islamic State militants.

But del Ponte said European nations were reluctant to confront Turkey over its actions after Erdogan threatened to “open the gates” for refugees to head to Europe.

“Erdogan has the refugees as a bargaining chip,” she said.

Del Ponte joined the three-member Syria inquiry in September 2012, chronicling incidents such as chemical weapons attacks, a genocide against Iraq’s Yazidi population, siege tactics, and the bombing of aid convoys.

She quit in 2017, saying a lack of political backing from the U.N. Security Council made the job impossible.