Esca, the theater district restaurant that was the celebrity chef Mario Batali’s first and most elegant seafood-focused venture, has been sold to Dave Pasternack, its longtime executive chef.

Mr. Pasternack and his new partners acquired the restaurant from the entity formerly known as Batali & Bastianich Hospitality Group on Tuesday, said Joe Bastianich, who had been Mr. Batali’s primary partner. Esca closed for renovations after service on Saturday night, and will reopen in June.

The restaurant group has been working to regain its footing since revelations of Mr. Batali’s history of sexual aggression and assault came to light in 2017. In March, Mr. Batali’s partners in the group — the chef Lidia Bastianich; her children, Mr. Bastianich and Tanya Bastianich Manuali; and the California chef Nancy Silverton — closed a deal to buy all of his shares in Batali & Bastianich for an undisclosed sum. At the time, Mrs. Bastianich Manuali promised that Mr. Batali “will no longer profit from the restaurants in any way, shape or form.”

With the sale of Esca, the group has more than a dozen remaining businesses, including Del Posto, Babbo and the Lidia’s and Mozza restaurants, all in the United States. At its peak, Batali & Bastianich ran more than two dozen places, some through lucrative international hotel and casino contracts. The six restaurants the group operated with the Sands corporation, in Las Vegas and in East Asia, were the first to close after the Batali scandal hit. 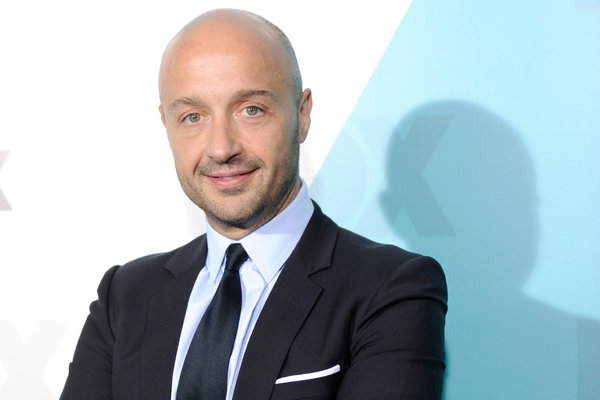 In a statement about Tuesday’s sale, Mr. Bastianich said, “After an incredible 20 years of collaboration, Dave Pasternack and his new team will be taking full control and ownership of Esca restaurant.” A representative for Mr. Batali said he had no comment.

Mr. Pasternack and his new partner, the restaurateur Victor Rallo, already run two restaurants together on Staten Island, Surf and Barca. They are now majority partners in Esca.

In an interview, Mr. Pasternack, who opened Esca with Mr. Batali and Mr. Bastianich in 2000, expressed both gratitude and relief at acquiring the restaurant. “I was never able to get the restaurant back to where it was before it all came out,” he said, referring to the revelations about Mr. Batali.

Revenue has been down by at least 30 percent, he said, since December 2017, when investigations by The New York Times and Eater uncovered Mr. Batali’s longtime pattern of sexual harassment and substance abuse. The New York Police Department subsequently started three investigations into complaints of sexual assault against Mr. Batali; in January, the cases were closed for lack of evidence.

Mr. Pasternack said the corporate regulars and theatergoers who were Esca’s most loyal customers told him that they could not patronize the restaurant as long as Mr. Batali was a partner.

With that shadow lifted, and no more oversight by a larger restaurant group, Mr. Rallo said he and Mr. Pasternack would be able to redecorate the room, change the menu and restock the wine cellar according to their own tastes.

“I’ll still be out there fishing,” said Mr. Pasternack, who, famously, has always been the main seafood forager for Esca’s kitchen. (Esca means “bait” in Italian.)

But the new restaurant will serve more cured meats and more modern, vegetable-focused dishes, he said, while retaining classics like his corn salad with walnuts, and hand-cut pasta with sea urchin.