Coin enthusiast, 33, who stabbed a fellow collector 17 times for his limited edition Beatrix Potter 50ps before sparking a gas blast to cover his tracks faces life in prison for murder 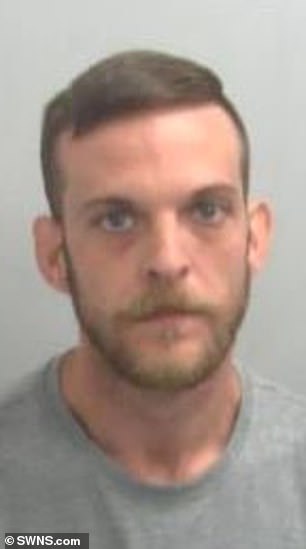 Danny Bostock, 33, left 52-year-old Gordon McGhee covered in blood in his bedroom after stabbing him 17 times.

A coin enthusiast who stabbed a fellow collector 17 times when he was disturbed stealing limited edition Beatrix Potter 50ps is today facing a life sentence.

Danny Bostock, 33, left 52-year-old Gordon McGhee covered in blood in his bedroom after stabbing him 17 times.

He then left the gas cooker on in the flat in Colchester, Essex, on August 22 last year, lit a dishcloth and fled in the hope of causing a gas explosion to destroy the crime scene.

Bostock knew Mr McGhee and shared his hobby of collecting coins but denied the charges.

After six hours of deliberation a jury at Ipswich Crown Court unanimously convicted Bostock of murder and attempted arson.

Bostock left the dock and returned to the cells while Andrew Jackson, prosecuting, read out his previous convictions.

The court heard Bostock has previous burglary convictions and has also been convicted of rape when he was known as Danny Maltman.

He still denies the sex attack.

Judge David Goodin said he would have addressed Bostock and said: ‘Any murder is horrific – this one extremely so and as a matter of law a life sentence must follow.’

He said the starting point for the minimum tariff would be 30 years. 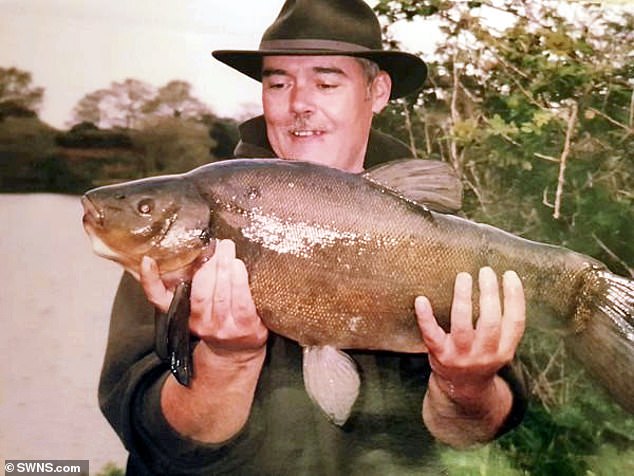 Mr McGhee intervened when he found Bostock in his flat but he was stabbed 17 times, including to his face and neck, and his flat was searched

During the three-week trial, the court heard Bostock, 33, was a collector of limited edition circulation coins including Beatrix Potter 50ps.

He knew Mr McGhee through their mutual friend Melissa McGrory.

Jurors heard Mr McGhee had offered Bostock some of his spare collectables in the weeks before his death. 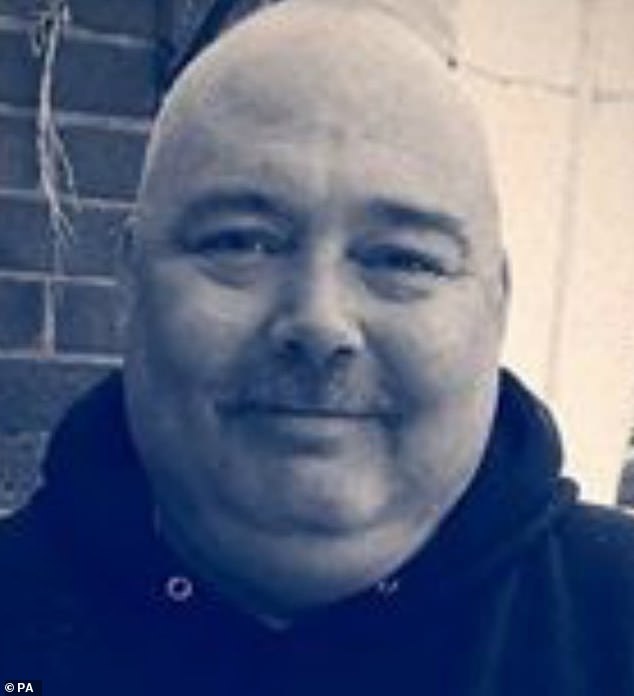 In a moving tribute, Mr McGhee’s family said: ‘Gordon was a kind-hearted, gentle soul. ‘As a dad he was thoughtful, supportive, encouraging and a whole heap of fun and laughter’

A group had been drinking at the flats in the hours before Mr McGhee was killed with tensions rising between Bostock and another man at the gathering – Daniel Welham – over coins which had gone missing from Miss McGrory’s home.

To shock the pair and stop the bickering, Ms McGrory cut herself, with Bostock doing the same.

Mr Welham then stormed off with Miss McGrory going to hospital, and Bostock entered Mr McGhee’s flat in an apparently opportunistic attempt to steal his coveted coins. 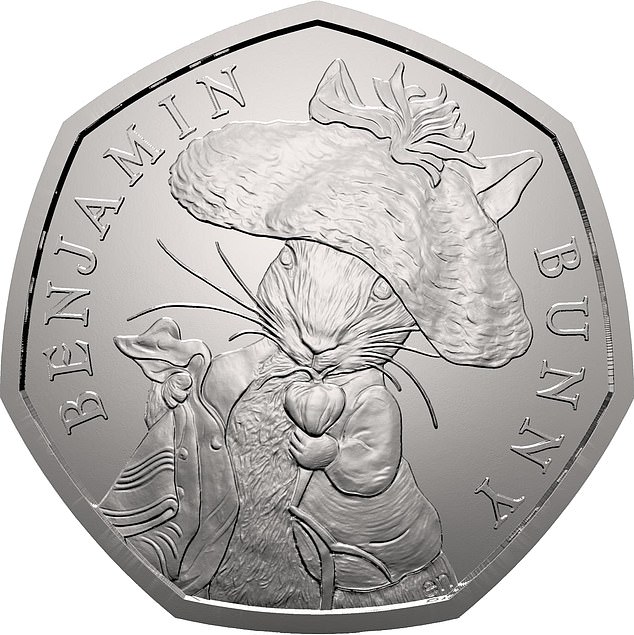 During the three-week trial, the court heard Bostock, 33, was a collector of limited edition circulation coins including Beatrix Potter 50ps

When Mr McGhee intervened he was stabbed 17 times, including to his face and neck, and his flat was searched.

Gas hobs were turned on and a dish cloth was set alight in an apparent bid to cause an explosion and destroy the evidence left behind.

The majority of Mr McGhee’s coin collection, the murder weapon and the clothes Bostock was wearing that night have never been found.

Mr McGhee’s blood was found on the murderer’s bike and footprints of trainers Bostock had on were traipsed around the flat.

Bostock claimed Mr Welham – who was never arrested nor charged – was responsible for the murder as Mr McGhee did not like him, and that he had worn his shoes while carrying out the brutal attack.

He told the jury he left the flats unaware Mr McGhee had come to any harm and cycled off for more booze in the early hours of the morning.

However, the jury rejected his claims.

‘As a dad he was thoughtful, supportive, encouraging and a whole heap of fun and laughter.

‘As a partner and friend he was loyal, generous, empathetic and witty.

‘He found joy in a variety of things from his coins to playing chess and watching films.

‘Most of his life was spent in the kitchen cooking up something amazingly tasty or outside relishing in nature.

‘You could usually find him by a pond or lake relaxing doing some fishing, birdwatching and camping.

‘More often than not, he’d be accompanied by one of his dogs.’

Detective Chief Inspector Stuart Truss, of the Kent and Essex Serious Crime Directorate, said: ‘My thoughts are with Mr McGhee’s family and friends at this difficult time.

‘Gordon McGhee, by all accounts, was a well-liked man and his death was a great shock to everyone.

‘I don’t believe that Bostock shows any remorse at all for taking Mr McGhee’s life.

‘His continued lies, including trying to pin the murder on an innocent man and his denial of owning the trainers that we knew were key to this investigation, show that.

‘His attack on Mr McGhee was senseless and brutal.

‘He is an incredibly dangerous man and I hope he is sent to prison for a long time.’

Bostock, 33, from Colchester, Essex will be sentenced at Ipswich Crown Court on March 19.