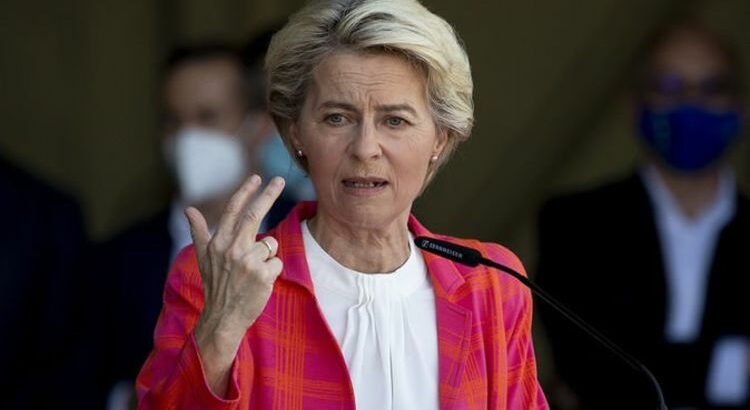 MEPs in the European Parliament have reacted in outrage after the EU leadership refused their request to trigger infringement procedures against Hungary. The European Parliament had demanded action be taken against Hungary and Poland after the pair were accused of breaching EU laws. However, European Commission President Ursula von der Leyen ignored the request and allowed the deadline for action to pass.

Ms Von der Leyen said MEPs had not provided enough evidence of rule-of-law breaches and that the EU executive had “not been properly called upon to act”.

The response letter made no mention of a detailed study of rule-of-law violations in Hungary.

Dutch MEP Sophie in ’t Veld was furious, tweeting that the European Commission’s response is “not only an insult to Parliament but an insult to European citizens”.

JUST IN: Family of Brit killed in 9/11 claimed towers blown up from inside

Hungarian MEP Katalin Cseh echoed this: “We cannot let go until the rule of law mechanism is implemented. It’s time to go to court.”

Another MEP Daniel Freund said: “Instead of protecting the rule of law (and triggering sanctions against Hungary) the Commission sent us a letter today, claiming procedural errors have been made by Parliament.”

Both Hungary and Poland have repeatedly found themselves in clashes with the EU over perceived rule-of-law breaches regarding the judiciary and attacks on press freedom.

The rule-of-law mechanism would have allowed the European Commission to block EU funds from reaching the two EU member states.

The original demand from the Parliament President David Sassoli came in June this year when he urged the Commission to implement the rule-of-law mechanism within two months.

A reporter for Euronews said: “The deadline has now passed and the ball is now back in the Parliament’s court.”

The reporter added: “Sources in the European Parliament told Euronews that they do not dismiss the possibility of taking the commission to the EU’s top court.

“But they will wait for the advice from the parliamentary legal service before taking their next steps.”

Speaking on Thursday to Radio Warszawa, Mr Ziobro said: “What is the EU telling us? That Poles cannot, via democratic elections, implement real reforms of the justice system.”

He vowed to continue with Poland’s planned reforms, which would be “far-reaching and not necessarily pleasing the eurocrats who would prefer to limit Polish sovereignty”.