The European Court of Justice’s General Court sided with Apple and Ireland after eurocrats attempted to enforce a €13 billion back-taxes bill. The ruling insisted the European Commission, the EU’s executive arm, had failed to prove the requisite legal standard there was a significant advantage for the tech firm. An ECJ statement said: “The General Court considers that the Commission did not prove, in its alternative line of reasoning, that the contested tax rulings were the result of discretion exercised by the Irish tax authorities.”

The decision comes as a particular blow to European competition commissioner Margrethe Vestager.

In 2016, she ruled that Ireland must claim back €13 billion worth of corporate taxes plus interest after an investigation concluded Ireland have granted Apple a “sweetheart” deal for more than a decade. 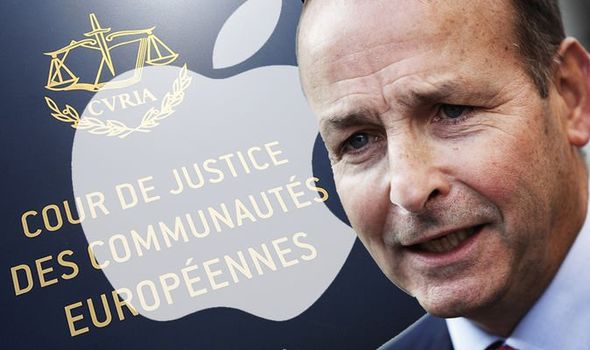