BRUSSELS (Reuters) – The European Union executive accused Hungary’s nationalist government on Monday of distorting the truth about immigration into the bloc, marking a further deterioration in their troubled relationship ahead of European Parliament elections in May. 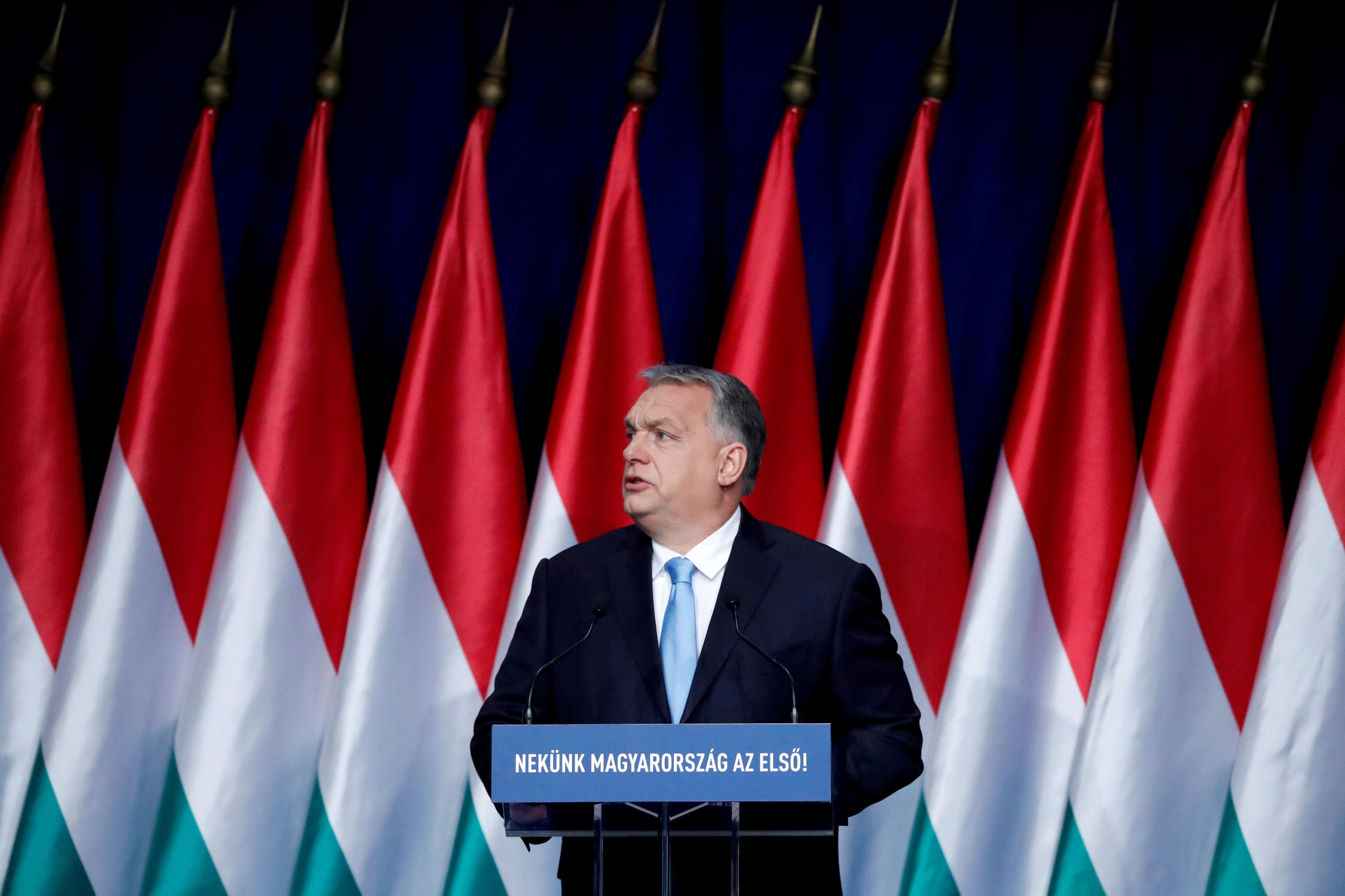 The EU has long been critical of Prime Minister Viktor Orban’s stance on migrants and his record on democratic freedoms. Orban says the EU has imperiled Europe’s Christian civilization by allowing mass immigration.

Orban has recently stepped up his anti-immigration campaign with billboards and inserts in state media that vilify European Commission head Jean-Claude Juncker and Hungarian-born U.S. billionaire George Soros, accusing them of being in cahoots to bring large numbers of Muslim immigrants into Europe.

“The Commission has been unambiguous about our opinion of the Hungarian government campaign that distorts the truth and seeks to paint a dark picture of a secret plot to drive more migration to Europe, allegedly,” European Commission spokesman Margaritis Schinas told a news briefing.

The Hungarian campaign has triggered renewed calls to expel Orban’s ruling Fidesz party from the biggest group in the European Parliament, the center-right European People’s Party (EPP). The EPP will discuss the issue on March 20.

The EPP’s candidate to head the next European Commission, senior German lawmaker Manfred Weber, has said he no longer rules out expelling Fidesz.

“Viktor Orban has severely damaged the EPP with his statements and poster campaign,” Weber told the German weekly Spiegel in a weekend interview. “That’s why I expect him to apologize and end the action.”

But Orban, speaking to the German Welt am Sonntag weekly, dismissed seeking the expulsion of Fidesz as “useful idiots” who played into the hands of the EPP’s left-wing rivals.

“We can chalk it up to the start of the European Parliament campaign,” Zoltan Novak of the Centre for Fair Political Analysis, a Hungarian think-tank, said of Orban’s tactics. “He wants to be the antithesis to the mainstream elite.”

“He wants to embody another Europe, one that rejects immigration… federalization and further EU integration.”

The EPP currently has 217 lawmakers in the 750-strong EU legislature, 12 of them from Fidesz. The EPP is expected to remain the biggest faction in the new European Parliament but will most likely be weakened, surveys show.

The EU has been largely unsuccessful in taming Orban. A probe launched in 2018 against Budapest for weakening the rule of law in the ex-communist country has proven largely ineffective beyond causing Hungary reputational damage.

Brussels is considering making access to EU budget funds from 2021 conditional on respecting democratic principles. Hungary and most other ex-communist EU members receive large sums from the budget for infrastructure and other projects.