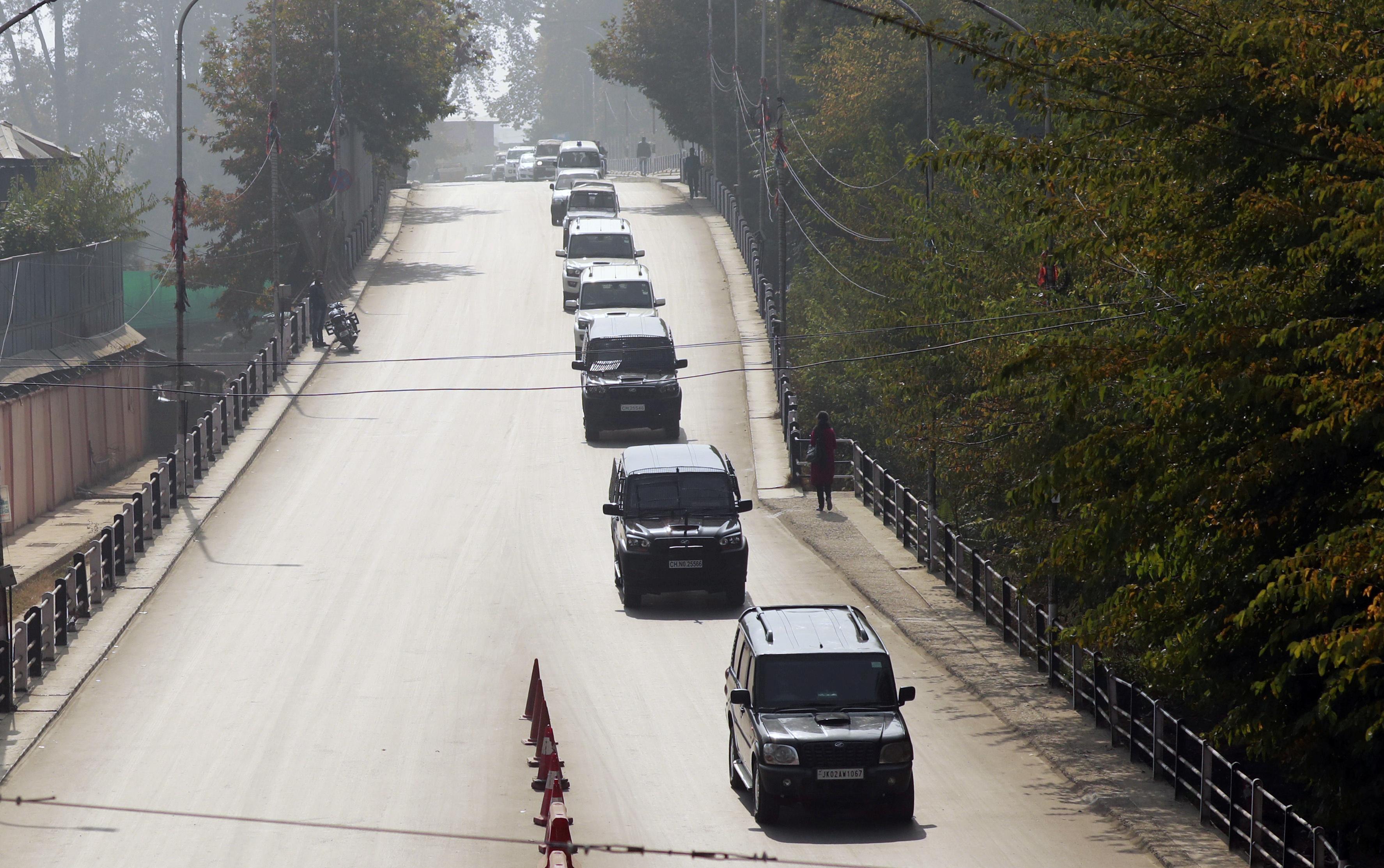 Local residents voiced anger that the federal government was trying to show the delegation Kashmir was returning to normal, even as most mobile phone and Internet connections remain severed and daily life disrupted by a security clampdown.

Two officials, one from the government and the other from the police and both declining to be named, said demonstrations began anew in around 40 different locations in the Himalayan territory, including the main city of Srinagar.

The demonstration in Srinagar started hours before the EU delegation’s arrival and continued through the day, prompting security forces to fire tear gas, the police official and Reuters witnesses said, despite heavy troop deployment.

At least eight protesters were treated at Srinagar’s main SMHS hospital for injuries. Many streets remained strewn with stones and shops were closed as the 23 EU lawmakers arrived in Srinagar shortly after midday.

Protesters also pelted security forces with stones in at least six other towns in Kashmir, the police official said.

“This is the worst situation we have seen in the last one-and-a-half months,” he said.

Indian officials say the situation in Kashmir is returning to normal and hope the EU visit will help counter international condemnation of the government’s handling of the situation.

Prime Minister Narendra Modi received the EU lawmakers on Monday and said their visit would give them a clear view of the development priorities of Kashmir, his office said.

But opposition parties were angry that the EU lawmakers were being allowed into a region from which most Indian politicians have been barred since Aug. 5, when New Delhi revoked Kashmir’s special status and imposed a harsh crackdown to stifle dissent.

“MPs (members of parliament) from Europe are welcome to go on a guided tour of Jammu and Kashmir while Indian MPs are banned and denied entry,” Congress party leader Rahul Gandhi said in a tweet. “There is something very wrong with that.”

Indian security officials turned back several opposition politicians from Srinagar airport over the last several weeks, saying the situation was not stable enough for such visits.

New Delhi says its revocation of Kashmir’s special status is essential to integrating India’s only Muslim-majority territory into the rest of the country and spur development there.

“HOLDING US AT GUNPOINT”

The EU delegation – some of them from far-right parties – was driven in a cavalcade of black SUVs, accompanied by armed troops and security jeeps, to a military cantonment in Srinagar. This was to be followed by meetings with civil society members and businessmen, two government officials told Reuters. 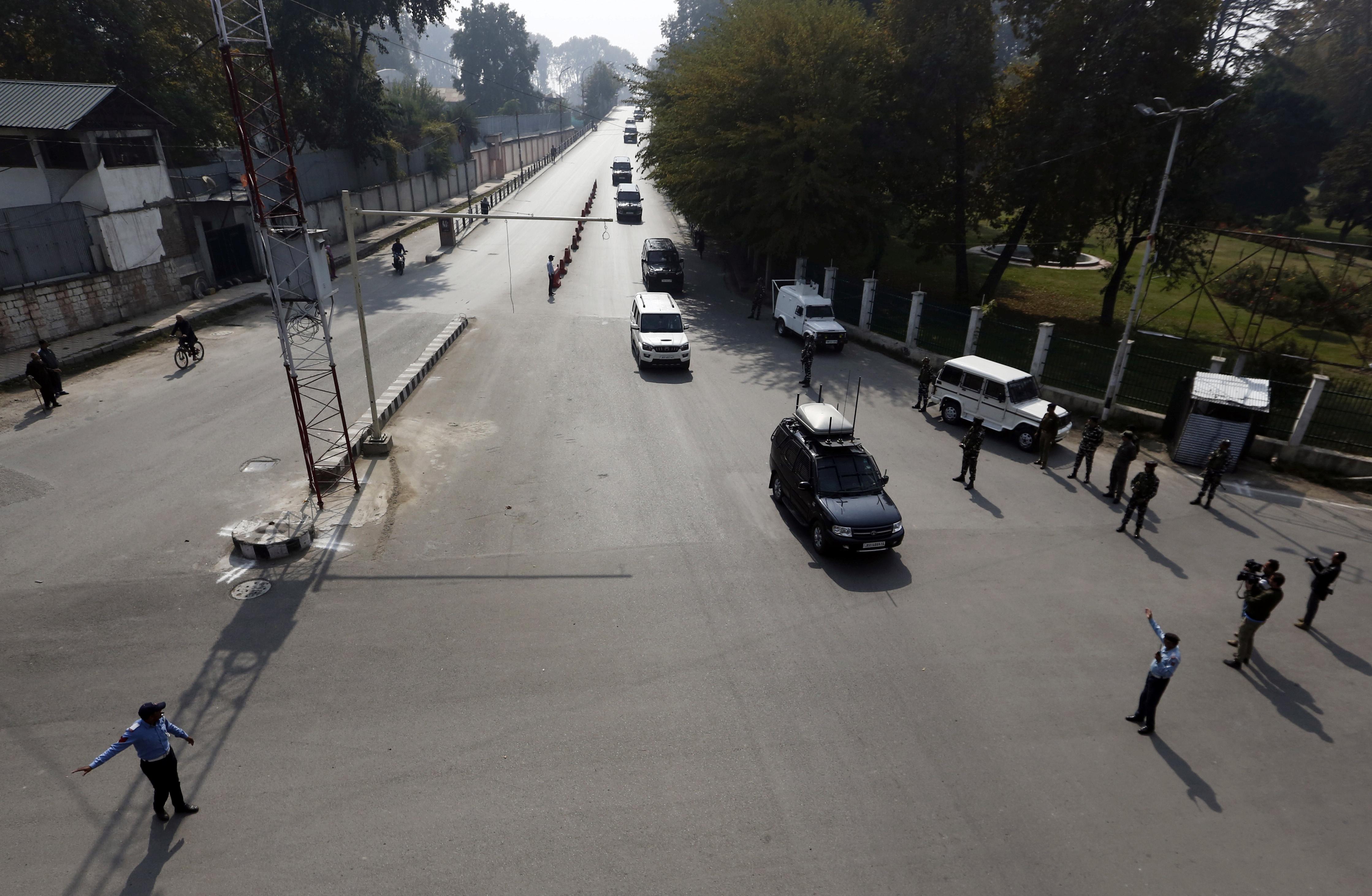 “The government is trying to fool them. If they want to know the ground reality, they should meet the common people,” said Srinagar resident Altaf Ahmed, standing near the site of a protest in the city’s old quarter. “We want to tell them that the government of India is holding us at gunpoint.”

At dusk, the EU lawmakers made their way to Srinagar’s picturesque Dal Lake for boat rides on the mirror-calm waters, while security men swarmed the popular tourist site.

At a briefing in Geneva on Tuesday, the U.N. High Commissioner for Human Rights (UNHCR) urged Indian authorities “to unlock the situation (in Kashmir) and fully restore the rights that are currently being denied”.