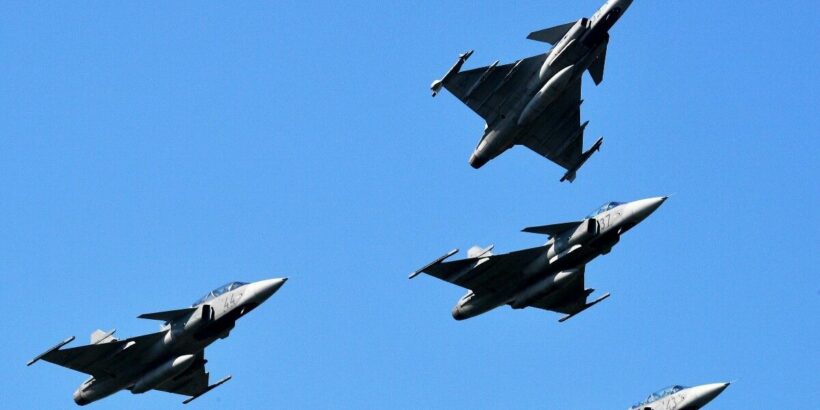 America’s decades-old battle over abortion rights exploded anew on Tuesday as the Supreme Court confirmed a draft opinion that signalled it will soon overturn the landmark 1973 Roe v. Wade ruling that legalised abortion nationwide. President Joe Biden denounced the expected move as “radical” as Democrats in Washington and in statehouses scrambled to try to find a response to defend a right that women in the United States have held for almost half a century.

Some moderate Republicans were also dismayed but social conservatives were delighted even as they voiced anger that the opinion was leaked.

The court confirmed that the draft opinion, published late on Monday by the news outlet Politico, was authentic but said it did not represent the final decision of the justices, due by the end of June.

Chief Justice John Roberts announced an investigation into how the draft – authored by Justice Samuel Alito of the court’s conservative 6-3 majority – was leaked, calling it a “betrayal” of the confidentiality of the judicial process.

“This was a singular and egregious breach of that trust that is an affront to the court and the community of public servants who work here,” Mr Roberts said, pledging that the disclosure will not undermine the integrity of the court’s operations.

In the EU, the move was lambasted by liberals.

MEP Sophie in ‘t Veld, a liberal member of the European Parliament wrote: “Women’s rights thrown back by a century.

“Conservative judges carrying out the Trumpian agenda of restoring patriarchy.

“And have no illusions: the anti-choice movement is on the rise in Europe as well. Our hard fought rights must be defended vigorously!”

A senior official of an Eastern European country also told Politico: “My first thought was: Back to the Dark Ages.

“Great day for far-right in US and in Eastern Europe; gloomy day for women’s rights and progress.

“This is the key message.”

Others fear the move could be a sign Donald Trump supporters could push him back in the White House in two years’ time.

A diplomat based in Western Europe told Politico: “A taste of what is to come in two years’ time”.

They added that the debate surrounding abortions is providing Europe with “a harbinger of the dilemma we’re facing: Are we content to be the appendix of US foreign policy or do we actually invest in some European capacity to hold our own in the contest between rule of law and rule of autocracy?”

They continued: “So far the US is probably the biggest beneficiary of the war in Ukraine.

“The US being distracted might give some pause just in time … for leaders to actually have a serious discussion on our own capacity. The answer to the aforementioned dilemma will shape the discussion for years to come.”

A ruling by the court striking down Roe would give many Republicans and religious conservatives a victory they have chased for decades.

“It’s a fundamental shift in American jurisprudence,” President Biden said of Alito’s draft, arguing that such a decision would call into question other rights including same-sex marriage, which the court recognised in 2015.

“If it becomes the law, and if what is written is what remains, it goes far beyond the concern of whether or not there is the right to choose,” the US leader added, referring to abortion rights.

The Roe decision recognised that the right to personal privacy under the US Constitution protects a woman’s ability to terminate her pregnancy.

President Biden vowed to work toward getting Congress to pass legislation codifying the Roe ruling and urged voters to back candidates in the Nov. 8 congressional elections who support abortion rights.

Senate Majority Leader Chuck Schumer said the chamber will vote next week on such legislation even though a similar Democratic-backed bill already failed this year.

Amid Republican opposition, the razor-thin Democratic majority is not enough to overcome Senate rules requiring a supermajority to advance most legislation.

Even if the new Senate vote fails, as is almost inevitable, Democrats could use it to bolster their chances in the midterm elections in which Republicans are hoping to regain control of Congress.

Nearly two-thirds of Americans said they are more likely to back candidates who support the right to abortion in the November vote, according to a Reuters/Ipsos poll conducted on Tuesday.