Prime Minister Theresa May asked the European Union to allow Britain to delay its departure date by three months to June 30, and EU leaders are expected to discuss the matter at a summit on Thursday.

Tusk said it would be possible to grant Britain a short postponement if parliament next week backs May’s divorce agreement, which it has already voted down twice.

Should that happen, Tusk said no extraordinary EU leaders’ summit would be needed next week before the current Brexit date of March 29. Otherwise, he might call another summit.

“I believe that a short extension will be possible, but it will be conditional on a positive vote on the Withdrawal Agreement in the House of Commons,” Tusk told journalists.

May’s spokesman said Tusk’s comments were in keeping with her request for a short delay.

She herself told a rowdy session of parliament that she could not countenance the prospect of a long delay – which could give time for notional alternative approaches to emerge, but would infuriate Brexit supporters in her own party.

“As prime minister, I am not prepared to delay Brexit any further than the 30th of June,” she said.

May said she planned to ask parliament to vote a third time on her departure deal, which lawmakers have voted down twice. She did not say when the vote would happen.

If May cannot win over enough reluctant lawmakers to pass her deal next week, Britain faces the choice of requesting a longer delay or leaving the EU as planned on March 29 – without a deal to cushion the economic upheaval.

Some EU states, including Germany, had given a largely positive response to May’s well-flagged request.

But French Foreign Minister Jean-Yves Le Drian said May would need to make her case before EU leaders in Brussels.

“Our position is to send the British a clear and simple message. As Theresa May has repeatedly said herself, there are only two options to get out of the EU: ratify the Withdrawal Agreement or exit without a deal,” Le Drian told the French parliament. 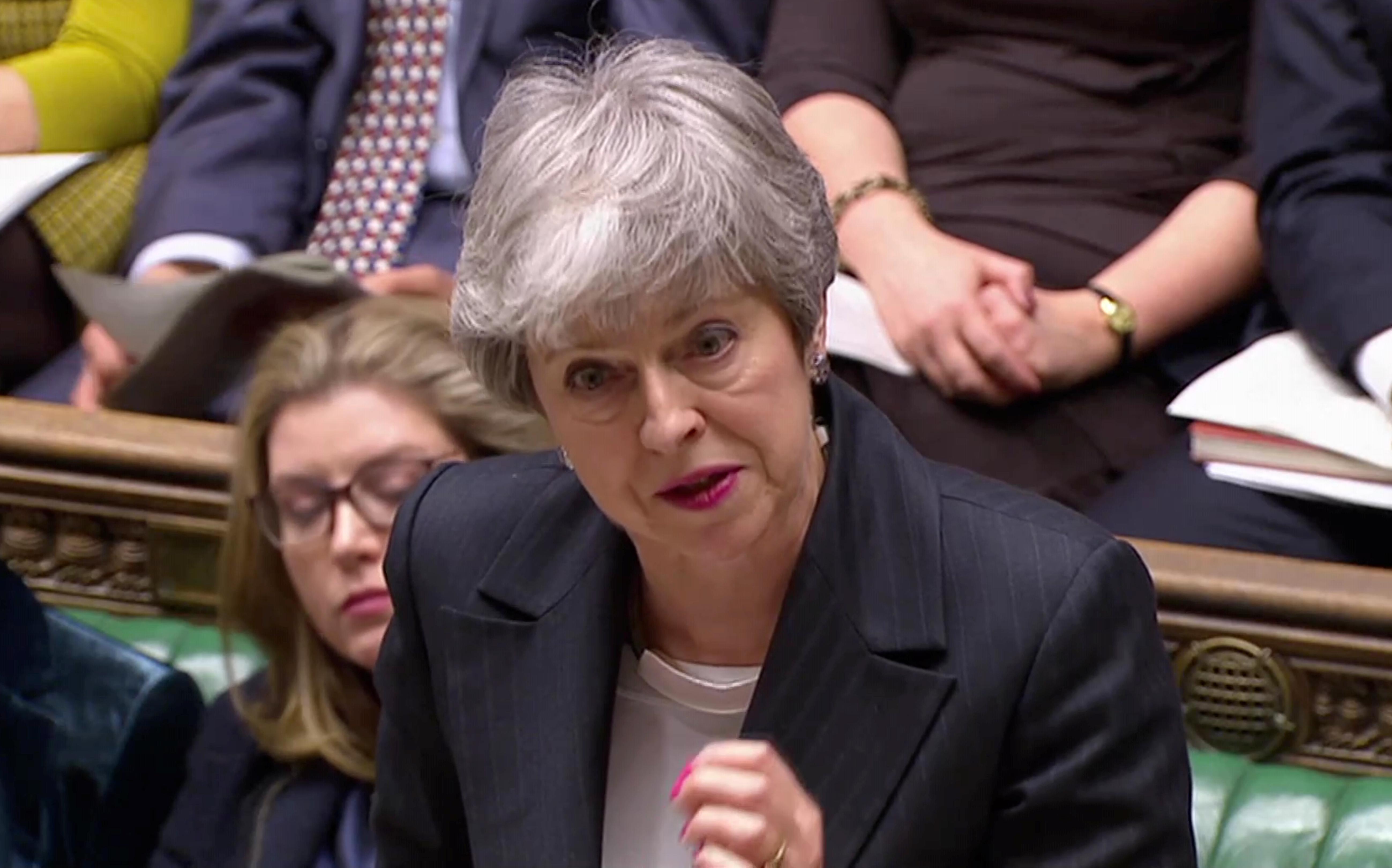 May’s initiative marked the latest twist in more than two years of negotiations that have left British politics in chaos and her authority in tatters.

After the defeats in parliament opened up the possibility of Britain leaving the EU without a deal, May told parliament on Wednesday that she remained committed to leaving “in an orderly manner”.

Her announcement that she was asking for a three-month delay caused uproar in the chamber. The opposition Labour Party accused her of “blackmail, bullying and bribery” in her attempts to push her deal through, and one prominent Brexit supporter in her own Conservative Party said seeking a delay was “betraying the British people”.

Britain voted in 2016 to leave the EU by 52 percent to 48 – a decision that has split the country, opening up divisive debates over the future of the economy, Britain’s place in the world and the nature of Britishness itself.

A European Commission document seen by Reuters said the delay should either be several weeks shorter, to avoid a clash with European Parliament elections in May, or last at least until the end of the year, which would oblige Britain to take part in the elections – something that May said was not in Britain’s interest.

The pound fell on the uncertainty surrounding the potential delay and the fact that a no-deal Brexit remained possible. By 1800 GMT it was down around 0.4 percent against the dollar. [GBP/]

Nearly three years after the United Kingdom voted to leave the European Union, there is still no clarity over how, when or even whether the world’s fifth largest economy should leave the bloc it joined in 1973. When May set the March 29 exit date two years ago by serving the formal Article 50 divorce papers, she declared there would be “no turning back”. But parliament’s refusal to ratify the withdrawal deal she agreed with the EU has thrust her government into crisis.

The Labour Party said that, by choosing a short delay, May was forcing lawmakers to decide between accepting a deal they have already rejected or leaving without a deal.

Many pro-Brexit members of May’s Conservative Party are opposed to a longer delay because they fear it could mean Brexit might never happen. They argue that Britain can do well outside the European Union – even though an abrupt departure would cause short-term pain.