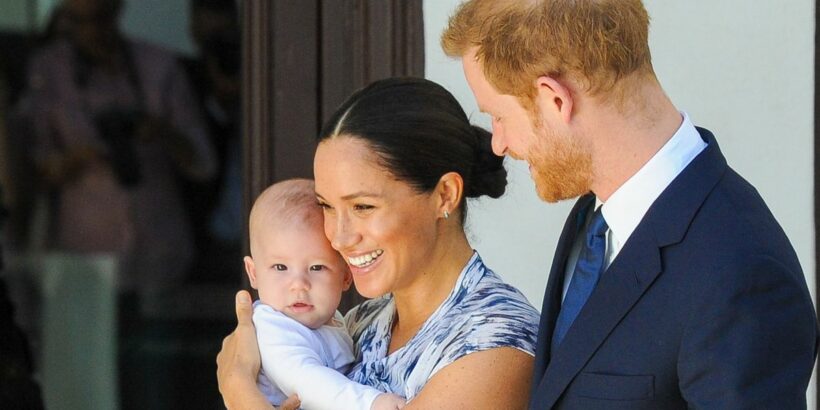 Princess Eugenie has shared a touching message to Prince Harry and Meghan Markle over their new daughter.

The Duke and Duchess of Sussex announced the birth of baby Lilibet "Lili" Diana Mountbatten-Windsor, on Sunday who becomes the couple's second child and Archie's younger sister.

Eugenie, 31, who also gave birth to August just four months ago, took to Instagram to congratulate her "dear cousins".

The Queen's granddaughter used Harry and Meghan's black and white pregnancy announcement photo as the backdrop for her words of well wishes.

Under the photograph, Eugenie – who gave birth to August – wrote: "Congratulations dear cousins.. we couldn't be happier for you all."

Her caption was accompanied by heart emojis.

The post is notable for its casual and informal style, which makes for a striking comparison with the more traditional approach to congratulations offered by the rest of the royal family, The Mirror reports.

The baby girl has been named Lilibet after the Queen's family nickname but she will be known as Lili. The new arrival is a new cousin for Prince George, Princess Charlotte and Prince Louis.

A statement from the couple's press secretary said: "It is with great joy that Prince Harry and Meghan, The Duke and Duchess of Sussex, welcome their daughter, Lilibet "Lili" Diana Mountbatten-Windsor, to the world.

"Lili was born on Friday, June 4 at 11.40am in the trusted care of the doctors and staff at Santa Barbara Cottage Hospital in Santa Barbara, California.

"Her middle name, Diana, was chosen to honour her beloved late grandmother, The Princess of Wales."

The royal couple has now decided to spread the love, by urging fans across the globe to donate to poignant charities rather than sending them gifts.

A post on the couple's Archewell Foundation website said: "For those inquiring on sending gifts, we would ask that you support or learn more about these organizations working for women and girls: Girls Inc, Harvest Home, CAMFED or Myna Mahila Foundation.