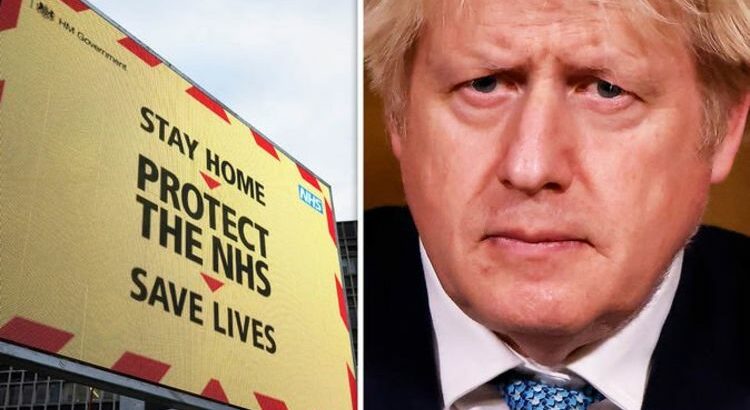 Countries and territories around the world have implemented enforced lockdowns of varying degrees throughout the duration of the coronavirus pandemic. The World Health Organization recommends curfews and lockdowns be short-term so as to assess how to reorganise, rebalance resources and protect health services. Express.co.uk has compiled a full list of all the countries in lockdown.

The coronavirus pandemic has now infected more than 88 million people around the world.

In total, 1.9 million people around the globe have died as a result of the devastating virus.

The USA has reported the highest number of cases, followed by India, Brazil, Russia and then the UK.

A new variant of the novel coronavirus has been found in the UK, South Africa, Denmark and the Netherlands prompting a sharp increase in the rate of infections in these countries.

Many of these countries have opted to toughen restrictions in a bid to protect lives and health services. 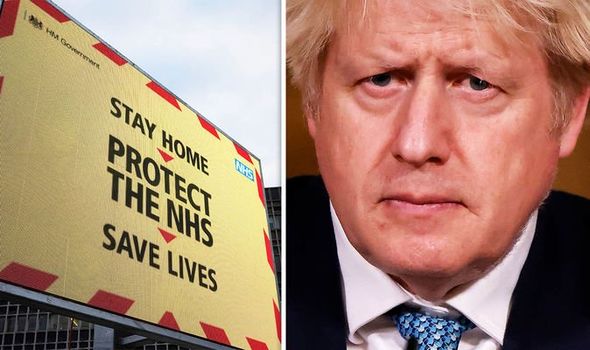 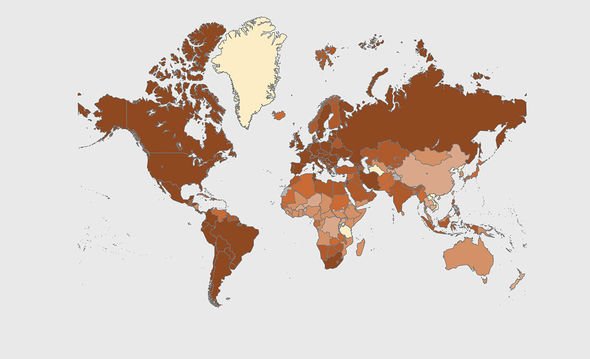 Which countries are in lockdown?

The following countries are currently in lockdown: 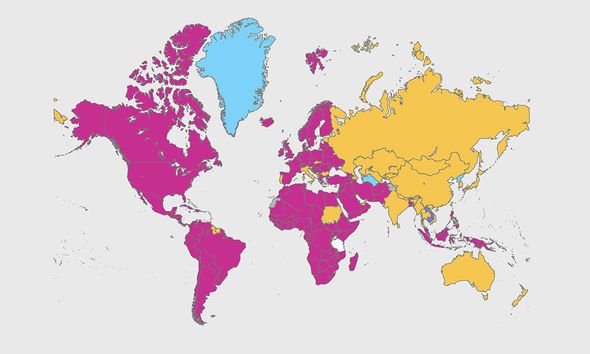 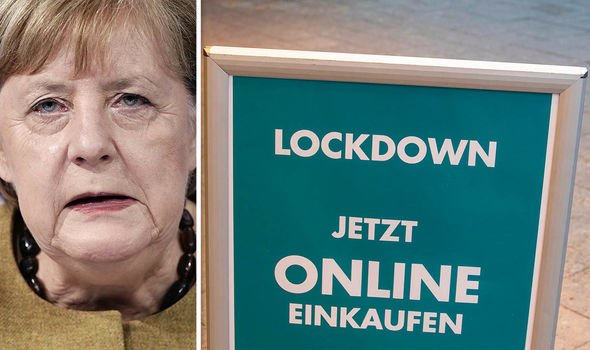 The lockdown was implemented in response to the new Covid-19 variant and now people are being urged to stay at home as much as possible.

Lockdown measures are also still in effect in Wales, Scotland and Northern Ireland.

The English lockdown began on January 4 and is expected to last until at least mid-February.

The three-week national lockdown in Wales was implemented on December 20 and is expected to last until at least January 18.

The lockdown in Scotland is due to remain in effect throughout January.

In Northern Ireland, the lockdown became legally enforceable today and is expected to last for six weeks in total.

Ministers in Northern Ireland will last until February 6, but will be reviewed on January 21.

DON’T MISS
Coronavirus lockdowns around the world: Which countries in lockdown? [INSIGHT]
Grant Shapps shamed as Britons forced to scramble back from Croatia [EXPLAINER]
Germans ordered to stay at home as borders remain shut due to COVID-19 [ANALYSIS] 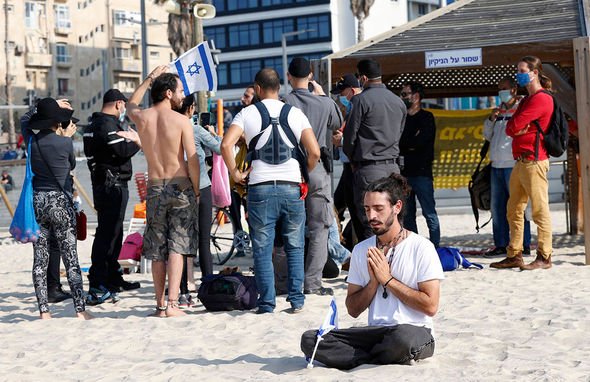 Brisbane in Australia began a three-day lockdown this week after a single case of the virus was confirmed.

The lockdown is for five populous council areas in Queensland’s state capital and was confirmed on Friday morning.

The lockdown will last until January 24 and involves the closure of all non-essential shops and hospitality venues.

The lockdown would see all shopping centres and arcades closed with all non-essential retailers alsi forced to shut.

Many lockdown restrictions were only in effect until January 3, but now some have been extended until at least January 17. 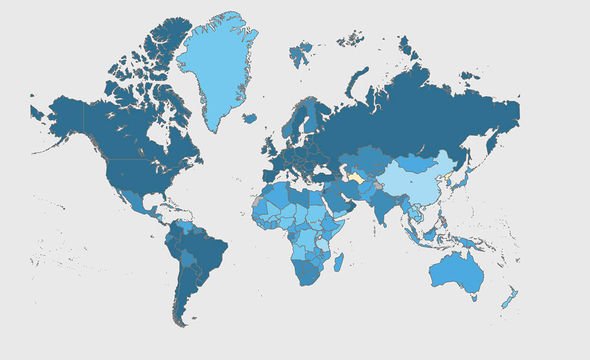 Germany also extended its lockdown as rates of infection continue to rise in the country.

The country had originally been due to see the lockdown end on January 10, but now it will continue until January 31.

Chancellor Angela Merkel urged people in Germany “to keep all contacts to the absolute minimum during the next three weeks and to stay at home as much as possible”.

The lockdown in Germany involves the closure of all schools and non-essential shops.

Restaurants, bars and other entertainment and hospitality establishments must also remain closed.

Takeaway food is permitted, but drinking alcohol is strictly forbidden.

The week-long lockdown was taken as a precaution to enable schools to reopen on January 11.

Shops and services that opened up during the Christmas holidays, including hairdressers, nail salons, bookstores and churches, will now shut down until January 11.

People are allowed to leave home for work, shopping, visiting a doctor or exercising in Greece.

In Ireland, the Government has also taken steps to implement a national lockdown.

Tanaiste Leo Varadkar issued a warning on Thursday to the hospitality sector advising the industry could stay shut until April as the current lockdown is likely to be extended.

The lockdown is currently due to last for 38 days ending on January 31.

A lockdown is also in effect in Israel.

The country is the only in the world where its leadership has stressed openly that its current lockdown is a “pseudo-lockdown”.

During the past two weeks, there was a partial lockdown, in which the school system remained open for the most part and in many jurisdictions, the local authorities and business owners have been ignoring the closure restrictions.

The country’s lockdown was due to end on January 9, but on Thursday, the Cabinet decided to impose tighter restrictions.

The new rules will be in effect until Thursday, January 21 and mandates only gatherings of up to five people inside and 10 people outside are permitted.

Italy extended its holiday pandemic lockdown restrictions this week meaning travel between regions of the country is banned unless for healthcare or work reasons.

The new rules will remain in effect until at least January 15.

Several suburbs in Mexico are now in partial lockdowns.

Mexico has never had a total lockdown but did enact shutdowns in Baja California, Mexico City and the State of Mexico until January 10.

The Netherlands, Poland, Portugal and Switzerland

The Dutch lockdown which is currently in place is likely to to be extended by at least two weeks according to new reports from the Hague.

The lockdown is currently due to end on January 19, but sources reveal it could be extended to the end of January.

On Thursday, Prime Minister Mark Rutte said that the reopening of schools in the Netherlands was a top priority, but he could not promise that this would be possible.

If speculation about an extended lockdown are true, it will mean schools, shops, restaurants, museums, cinemas, theatres, zoos, and theme parks will have to remain closed until at least early February.

All shopping centres and ski slopes in the country closed until January 17 as health officials sought to protect the country from the third wave of the epidemic in the near future.

Only essential shops remained open and all hotels were closed except for medical and military staff.

Mr Costa did say if the country entered a new lockdown, schools should remain open.

Swiss authorities met this week to discuss extending current restrictions until at least the end of February.

Currently, the lockdown measures which include the closure of fitness centres, restaurants and museums are due to end on January 22, but according to Swiss media, the measures are likely to be extended to the end of February.