Budapest: European leaders have hinted at financial incentives or compensation for Iran to persuade it to stay it in the nuclear deal that the US has rejected.

And they are likely to act to protect European companies trading with Iran despite the US re-imposing sanctions. 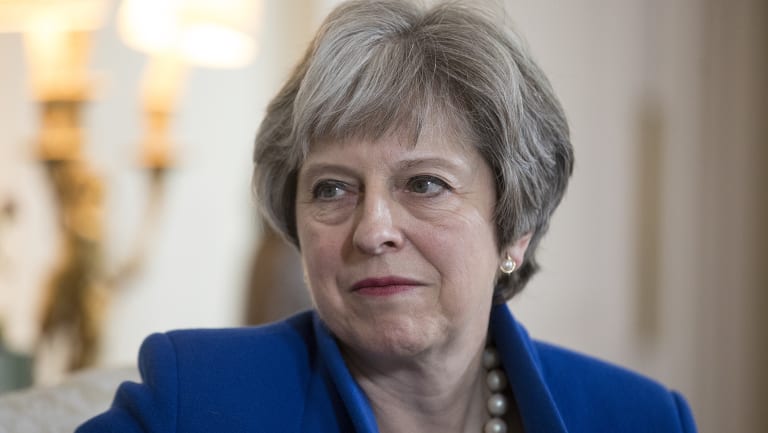 In a joint statement UK prime minister Theresa May, German Chancellor Angela Merkel and French president Emmanuel Macron greeted with “regret and concern” Donald Trump’s announcement that he would re-impose sanctions against Iran and withdraw from the Iran nuclear deal.

“Together, we emphasise our continuing commitment to the (agreement),” they said. “This agreement remains important for our shared security.”

They said Iran “continues to abide by the restrictions” in the deal preventing its development of nuclear weapons, and “the world is a safer place as a result”.

“Our governments remain committed to ensuring the agreement is upheld, and will work with all the remaining parties to the deal to ensure this remains the case including through ensuring the continuing economic benefits to the Iranian people that are linked to the agreement.” 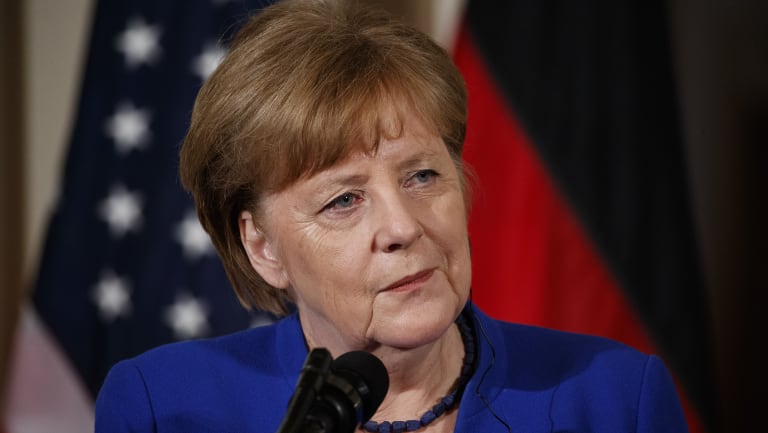 They encouraged Iran to “show restraint in response to the decision by the US” and to continue to meet all its obligations including atomic agency inspections and monitoring.

“In turn, Iran should continue to receive the sanctions relief it is entitled to whilst it remains in compliance with the terms of the deal,” the leaders said.

The European Commission’s foreign affairs representative and vice president Federica Mogherini said the nuclear deal “is not a bilateral agreement and it is not in the hands of any single country to terminate it”.

“It is a key element of the global nuclear non-proliferation architecture," Mogherini said, adding that it was “even more” relevant in the context of negotiations with North Korea. 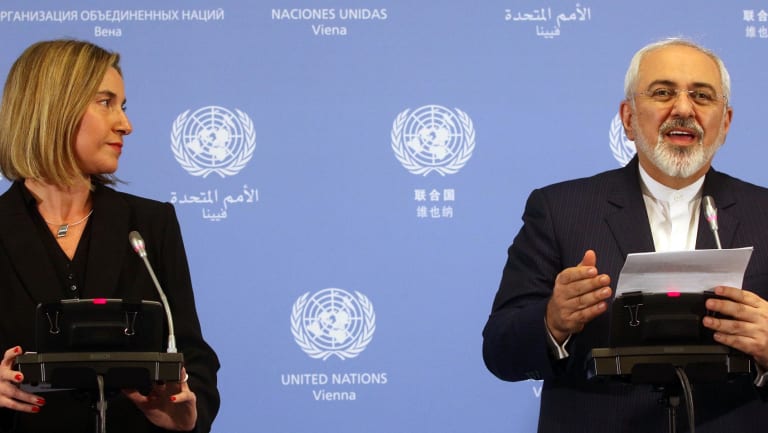 “The nuclear deal with Iran is crucial for the security of the region, of Europe and of the entire world,” she said.

She said Europe “fully trusted” the work of the nuclear watchdog which had certified Iran had fully complied with it s commitments under the deal.

And she too suggested Europe would look to compensate Iran for the impact of renewed US sanctions.

“The EU has repeatedly stressed that the lifting of nuclear related sanctions has a positive impact on trade and economic relations with Iran, including crucial benefits for the Iranian people,” she said. 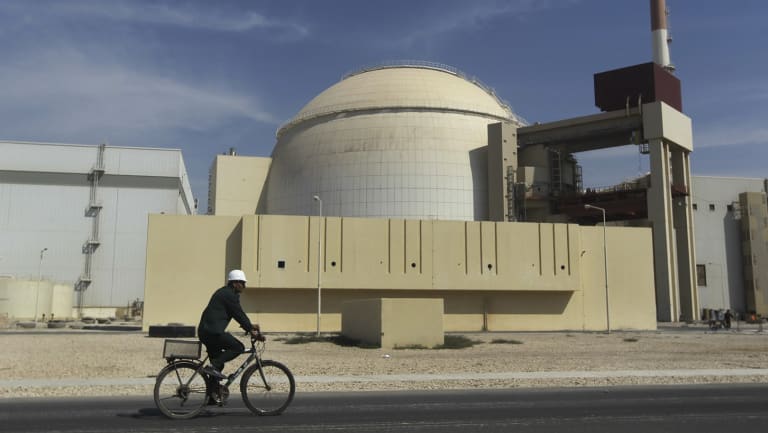 A worker rides a bike in front of the reactor building of the Bushehr nuclear power plant, just outside the southern city of Bushehr, Iran.

“The EU is fully committed to ensuring that this continues to be delivered on. I am particularly worried by the announcement of new sanctions. I will consult with all our partners in the coming hours and days to assess their implications. The EU is determined to act in accordance with its security interests and to protect its economic investments.”

And she appealed to Iran to “stay true to your commitments, as we will stay true to ours. And together, with the rest of the international community, we will preserve the nuclear deal.”

May, Macron and Merkel said they wanted to build on the nuclear deal to address other issues including Iran’s ballistic missile programme and “its destabilising regional activities, especially in Syria, Iraq and Yemen”.

Macron Tweeted that the three countries would “work collectively on a broader framework” covering nuclear activity after the deal ends in 2025, ballistic activity and “stability in the Middle East”.

On Monday UK Foreign Secretary Boris Johnson travelled to the US to make a last-ditch appeal to save the deal, but didn’t get an audience with the president.

Instead he appeared on the cable news program Fox & Friends – which Trump regularly watches – and remarked that "Plan B does not seem, to me, to be particularly well developed at this stage".