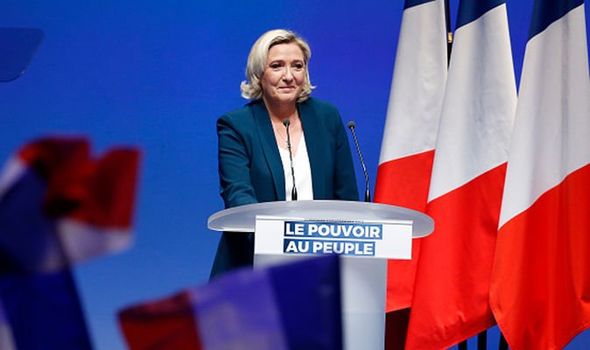 The French nationalist and her Italian ally Matteo Salvini hope their Europe of Nations and Freedom bloc will become the third largest in Brussels, allowing them to upend the status quo. The poll of 2,750 people, conducted on May 18-22 for Paris Match magazine, CNews television and Sud Radio, showed Mr Macron’s pro-Europe REM party coming in second place with 23 per cent of the vote. The right-wing Les Républicains party is expected to come in third position with 14 per cent of the vote, followed by the far-left La France Insoumise (France Unbowed) with 8.5 per cent and the green Europe Ecologie Les Verts party with 6.5 per cent.

Mrs Le Pen’s Rassemblement national (RN), formerly known as the Front National, came first in France in the last EU vote in 2014, partly as a result of low turnout, although nationalist parties have since seen a rise in support across Europe.

With just four days to go before French voters elect their representatives for the 751-seat parliament, the election is becoming both a referendum on Mr Macron’s first two years in power and a vote of confidence in the EU.

Fearful a second place could hurt his reform ambitions at home and erode his political clout in Europe, Mr Macron has ramped up calls for cooperation from conservatives, socialists and Greens to face down eurosceptic forces.

This “grand coalition of progressives” will enable pro-Europeans to fight “those who want to destroy Europe through nationalism,” Mr Macron told reporters earlier this week, shortly before warning of the “existential risk” to the bloc from far-right populism.

Asked if he believed his opponents, aka, Mrs Le Pen, could destroy the EU, he replied: “Of course.”

But mainstream parties like the REM pushing for closer EU integration are struggling to capture the attention of a public jaded with political elites. 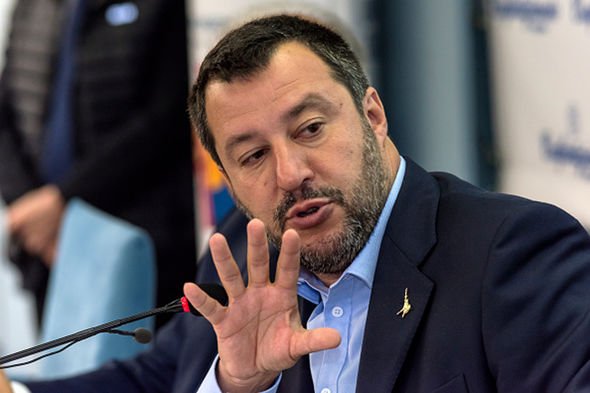 Mrs Le Pen hopes to ride on this wave of discontent and top the French poll again. The hard-right nationalist has repeatedly pledged to change Europe from the inside, curb illegal immigration and block what she calls a “rush to federalism”.

She and Mr Salvini of Italy’s anti-immigrant League have expressed hope their Europe of Nations and Freedom (ENF) parliamentary group will become the third largest in Brussels, a result that would expand their power and influence.

A confident Mrs Le Pen told AFP earlier this week: “Before we were on our own on the European scene… we didn’t have any allies. But in the space of a few months, a whole range of political forces have risen up in spectacular fashion.”

Elections to the EU parliament are important because the newly elected lawmakers will shape Brussels policy for the next five years, but also the very future of the bloc itself.

European governments, for their part, fear a good showing for anti-EU parties like the RN will disrupt Brussels decision-making.

The EU is facing a raft of challenges, including unprecedented pressure from a US president who encourages populism and embraces protectionism, an ongoing migrant crisis and an economy weakened by public debt and challenged by a bolder, more aggressive China.