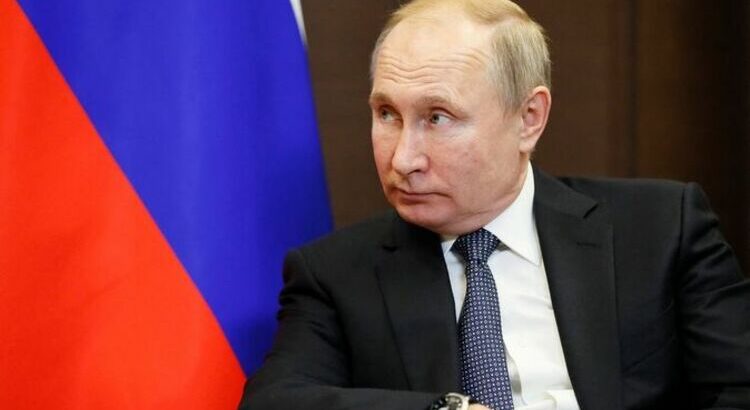 Last week, the Russian President began a full-scale invasion of the former Soviet nation despite weeks of talks and threats of sanctions from the West. However, a source close to the Kremlin has claimed “everyone is f***ing stunned”.

According to Julia Ioffe, a founding partner and Washington correspondent for Puck News, another source said no one expected a “full scale war”.

She tweeted: ‘”Everyone is f***ing stunned,” says one source close to the Kremlin.

“Another source says no one in the presidential administration expected a full-scale war—or the sanctions.”

“You can only resign right to jail.”

Despite Putin’s attempts to capture Ukraine have so far been thwarted, an expert warned the Russian President will not stop at Ukraine.

Fiona Hill, a former senior director for Europe and Russia at the US National Security Council, told Politico: “Of course he won’t.

“Ukraine has become the front line in a struggle, not just for which countries can or cannot be in NATO, or between democracies and autocracies, but in a struggle for maintaining a rules-based system in which the things that countries want are not taken by force.

“Every country in the world should be paying close attention to this.”

She went on to say how we are already in the middle of World War 3 whether the world knows it or not.

Ms Hill added: “We’re already in it. We have been for some time.

“And we had an interwar period between them.

“And in a way, we had that again after the Cold War.”

The expert added: “Many of the things that we’re talking about here have their roots in the carving up of the Austro-Hungarian Empire and the Russian Empire at the end of World War 1.

“At the end of World War 2, we had another reconfiguration and some of the issues that we have been dealing with recently go back to that immediate post-war period.

“We’ve had war in Syria, which is in part the consequence of the collapse of the Ottoman Empire, same with Iraq and Kuwait.

“All of the conflicts that we’re seeing have roots in those earlier conflicts.

“We are already in a hot war over Ukraine, which started in 2014.

“People shouldn’t delude themselves into thinking that we’re just on the brink of something.

“We’ve been well and truly in it for quite a long period of time.”