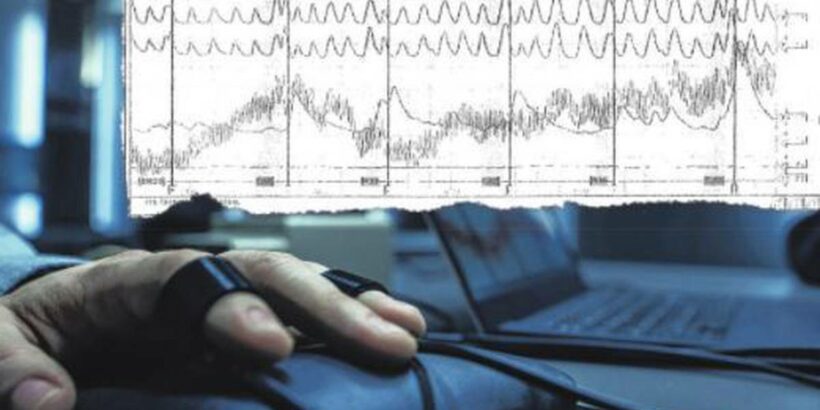 When a Dunedin man was locked up for almost 15 years for repeatedly raping his stepdaughter, the victim and her family had no idea their trauma had only just begun. Rob Kidd reports on how a mother’s torment has been protracted due, in part, to a monumental botch by Corrections.

A Dunedin rapist who convinced prison heads he be allowed a lie-detector test behind bars, has prompted a please-explain from the minister.

The sex offender, who has permanent name suppression, serving nearly 15 years’ imprisonment at the Otago Corrections Facility, underwent the polygraph test at the jail in April and four months later the results were anonymously delivered to the horrified family of his victim.

orrections Minister Kelvin Davis said it was “completely unacceptable” and acknowledged the episode would have been “understandably traumatising”.

“I have asked for an explanation on how this has occurred. It is my understanding that lie-detector tests are not used by Corrections for any purpose and I have also asked for further information about what circumstances, if any, they would be available to prisoners.”

The company which administered the lie-detector test claimed it was a first in a New Zealand prison, although Corrections was unable to confirm that.

For Julia* it was the latest debilitating blow in the three and a-half years since her ex-partner was convicted of repeatedly violating her teenage daughter.

“Being mentally drained every day is exhausting. I’m always tired yet I can’t sleep properly because I close my eyes and my mind can’t stop seeing it,” she said.

After a Dunedin District Court trial in May 2018, the man was found guilty of three charges of rape, four of sexual violation by unlawful sexual connection and one of indecent assault — continual attacks over four nightmarish years.

It started on the night of the victim’s 11th birthday and the jury heard about a sickening array of sex acts as well as highly disturbing behaviour by the stepfather.

“He sometimes would just come into my room at night and just grope me and leave without saying anything,” she said at the trial.

“He would sometimes just sit on the end of my bed and stare at me. He wouldn’t say anything, he’d just stare.”

The man was also described as a dominating and controlling figure, prone to angry outbursts, abusive language and violence.

Julia was petrified of him and was oblivious of the sexual assaults.

“I couldn’t get out and I didn’t know how to reach out for help. I was scared he would kill us if we left.”

It was the evidence of the man’s aggressive persona that formed the basis of his first appeal in May 2019; the first time Julia’s wounds were reopened.

“I just burst into tears [on hearing of the appeal],” she said.

The defence essentially argued the information led the jury to inevitable guilty verdicts but that was roundly rejected by the Court of Appeal.

Excluding the evidence about the rapist’s reign of terror in the household, Justice Christine French said, would have “resulted in the jury being presented with a sanitised and quite misleading picture of the household”.

Julia and her family could finally breathe.

But just months later, the harrowing prospect of a retrial arose again.

The man appealed to the highest court in the land, the Supreme Court, but this time he did not even get a hearing.

The court ruled the matters at issue had already been examined and said allowing another hearing would not be in the interests of justice.

With that short judgement, the rapist had exhausted all his legal avenues.

Julia, though, had discovered the depths her ex was willing plumb to retraumatise those whose lives already had been eroded by him and his spectre for the past decade.

While the appeals were being considered, he had found another way to harass his ex.

In November 2018, Julia was advised that the man who terrorised her family had applied for a caveat on the property at which they had lived.

The audacity was staggering.

It was the same home at which he had spent years sexually abusing his stepdaughter.

From his prison cell, he obtained legal aid to launch his newest litigation: a claim for $80,000.

He argued he had made significant contributions to the household, including completing refurbishments.

The gruelling legal battle dragged on for nearly a year as the prisoner’s bid was gradually negotiated downwards.

Despite being confident a judge would award him nothing, they cut their losses, agreeing to pay him off with just $2000.

However, the financial toll was only a fraction of the pain caused by the stoush.

“It continued the hurt,” she said.

Although it seemed a lifetime since the relationship ended, the echoes of their former life together reverberated for Julia through the continued legal wrangling.

At the peak of the man’s wild fluctuations, she recalled driving home from work hoping her children were alive.

“He used to look at me and tell me he’d murder me and dump my body in the bush so the pigs would eat it.”

By April this year, Julia remained on edge, a product of the post-traumatic stress disorder with which the relationship had left her.

Her parents, who live outside Dunedin, received an envelope, unmarked and anonymously hand-delivered.

“I am a friend of [the rapist],” an attached note said, scrawled in childish capitals.

Among the documents were screenshots of social media conversations which appeared to feature the young victim and her teenage associates.

Without context, the messages were totally ambiguous and seemingly detail a series of high-school squabbles.

Julia believed the dump of the documents was designed to paint her daughter in a negative light even though she could detect no relevance to the criminal case.

While she eventually alerted police to the mysterious delivery, it had not been a simple decision.

“I didn’t want [the rapist and his supporters] to know we’d received it. All it was going to do was add more fuel to the fire,” Julia said.

She had suspicions over who may have been the courier but there were several people who fit the bill.

Despite being found guilty of the appalling sex crimes, the man had friends and family who had staunchly stood by him.

When the jury returned its verdicts in 2018, there were emotional scenes in court and parties on both sides had to be kept apart by police.

Those spoken to by the Otago Daily Times, reiterated their support of the prisoner but denied involvement in the clandestine conveyance of the printouts.

At the same time her parents got the malicious mail, unbeknown to Julia, the man had persuaded the Otago Corrections Facility top staff to allow a Christchurch company to conduct a polygraph test behind bars.

“The prison director at the time agreed to facilitate the visit with the relevant safeguards in place, including those regarding electronic devices being brought on to prison grounds,” present director Lyndall Miles said.

“Corrections did not incur any costs, nor do we hold any record of the results of the test. This is the prisoner’s personal information.”

Four months later, another of Julia’s family members received the results of that test, along with a letter from the rapist, which appeared to be addressed to a lawyer.

“I was found guilty of a crime I did not commit,” he wrote.

“We believe this is the first time this type of testing has taken place in a prison environment and involving a sexual crime in New Zealand … Moving forward on this matter I am now hoping to gain some advice from you to which direction I could possibly head with this new supporting evidence.”

For Julia, who continued to live with the guilt of what had happened to her daughter, it was almost too much.

Every time she believed she could begin to move out of the shadow cast by her former partner, he seemed to find a way to drag her back into the pit of depression.

“My concerns are he’s a very evil man. He will do whatever he can to make sure people believe he’s innocent,” she said.

“It will never go away.”

Julia was now preparing a formal complaint over the decision to allow the polygraph test to take place.

Her outrage was mirrored by National’s Corrections spokesman, Simeon Brown, who said he was “flabbergasted” by the fiasco.

He called for a full investigation into the matter.

“It’s a wake-up call to Corrections to really look at this and … make sure they’ve got robust policies and procedures in place to ensure that this type of thing doesn’t happen again,” Brown said.

“There are ways in which people convicted of offences can have their charges reconsidered and that’s through the appeal process. They should be seeking legal advice around doing that, not seeking some sort of creative solution.”

Though it was of little solace to Julia, it was hugely unlikely the polygraph test would spark any sort of legal review of the case.

University of Canterbury director of clinical legal studies Prof Robin Palmer said while the admissibility of such evidence had not specifically been tested he thought it improbable it could lead to a successful defence.

While their use had once been popular in the United States, now only New Mexico allowed its use as evidence in jury trials.

“The problem is [polygraphs] can be relatively easily beaten by people in the know,” Prof Palmer said.

While there may be no return to court on the horizon for Julia, she lived on the brink, continuing to wonder what might come next.

How could he extend her family’s ordeal?

The next date, looming, was September 2025 — the rapist’s first parole hearing.

The prospect of his release terrified Julia.

Until then, she had a single focus.

“Throughout this I lost my daughter, that’s been the hardest thing,” Julia said.

It seemed like an impossible task at times but she would never give up on salvaging their relationship.

*Pseudonym used because of suppression order.

SEXUAL HARM
Sexual harm – Where to get help
If it’s an emergency and you feel that you or someone else is at risk, call 111.
If you’ve ever experienced sexual assault or abuse and need to talk to someone, contact Safe to Talk confidentially, any time 24/7:
• Call 0800 044 334
• Text 4334
• Email [email protected]
• For more info or to web chat visit safetotalk.nz
Alternatively contact your local police station – click here for a list.
If you have been sexually assaulted, remember it’s not your fault.