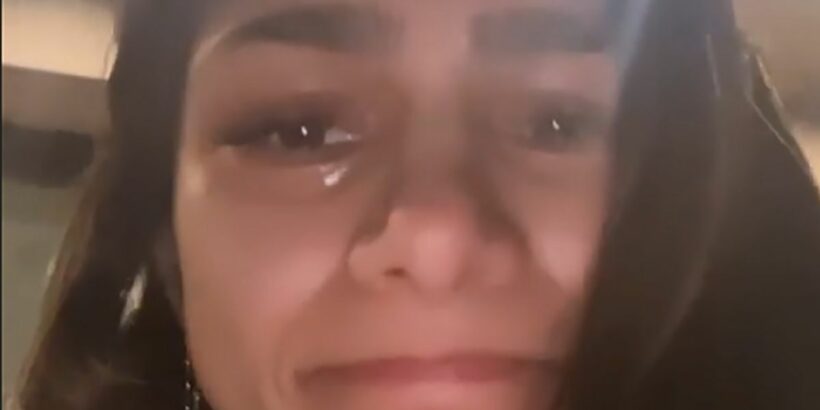 Mia was listening to the re-recorded version of the singer's All Too Well track, which was originally released in 2012.

The re-recorded version, which came out this week, is 10 minutes long and accompanies a short-film directed by Taylor.

A teary Mia posted a video of her listening to the track along with her dog on her Instagram stories.

She captioned the story: “Blondie has ruined my life with this 10 minute All Too Well.”

This is not the first time Mia has talked online about Taylor after she posted an old TikTok on Twitter of her singing along to some of her classic songs.

She captioned the TikTok clip “Me: ‘I hate Taylor Swift’” before writing “Also Me:” above her singing away.

Swift has recently re-recorded her whole Red album, which she calls Taylor's Version.

The album includes 30 tracks with 20 of those being re-recorded songs.

Last month, Taylor fan Mia shared clips to her millions of Instagram followers of her undergoing Botox injections in her underarms.

The 28-year-old joked how she was finally getting the procedure done, which actually takes the same length of time as the new Taylor song.

In the clip, she told her fans: "Not in my forehead yet, still just in my armpits."

Mia gained worldwide attention after she wore a hijab in an adult video during her brief time in the industry in 2014.

The video prompted death threats from terrorist organisation ISIS and other online abuse, which led her to quit the industry.